Interview: Wayne Smith on the return of the long-form census

Statistics Canada chief Wayne Smith: 'I was incredibly surprised at the passion the [long-form census] issue has given rise to' 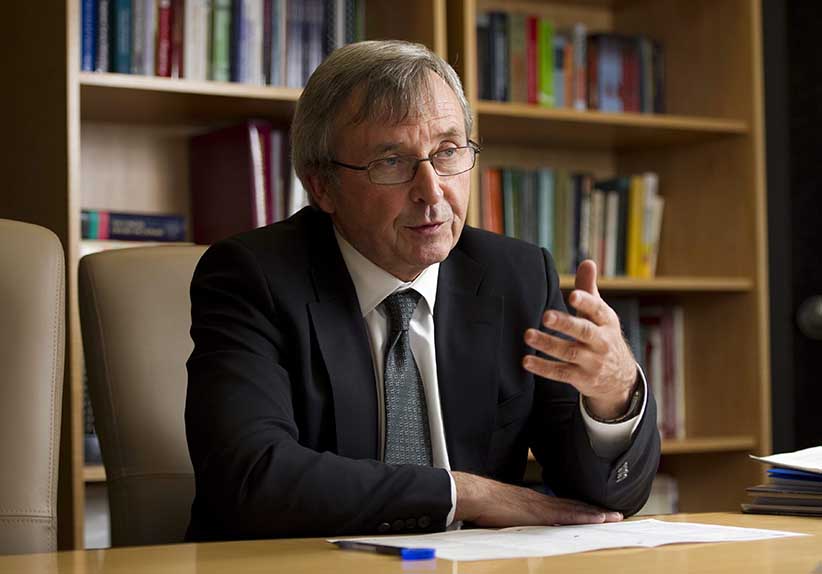 Canada’s Chief Statistician Wayne Smith answers questions at his office at Stats Canada in Ottawa Friday Feb. 11, 2011. Canada’s new chief statistician Smith says he was asked to look at all the options for how to best collect population data in 2016. THE CANADIAN PRESS/Sean Kilpatrick

On Thursday, its first full day in office, the Liberal government announced that the mandatory long-form census would be reinstated for 2016, fulfilling a campaign promise. The long-form was famously replaced by a voluntary survey (the National Household Survey) in 2010, setting off a heated debate about statistical methods, data accuracy and the formulation of public policy. On the occasion of the mandatory long-form’s return, Maclean’s spoke with Wayne Smith, chief statistician at Statistics Canada.

Q: Is it possible at this point to say what was learned from the National Household Survey experience?

A: Well, one thing I guess that’s been learned is it’s very hard to change people’s minds when they think that something’s true about a survey. (laughs) The NHS as a survey, despite the fact that it did not produce data as detailed and as high quality at small area levels, actually performed reasonably well, that the data at the national, provincial, territorial, census county level, census division level, census metropolitan area, larger municipalities, was all really quite good and quite robust.

But the purpose of a census is to provide data for the smallest regions and the smallest populations and with the lower response rate, what the NHS showed clearly is you’re going to lose that. And there were a significant number of municipalities for whom we couldn’t publish data we thought was of adequate quality—for small populations like Filipinos in Flin Flon, Man., the quality of the data was not robust. And even for the smaller areas we did publish, because of the voluntary nature, there was more variability in the data than there had been historically. So those are the things that will be corrected as we go forward.

A lot of the things that were said about biases in the data, people missing, low-income missing, are not actually true if you actually look at the results. But that’s the core lesson. You can’t move away from a fully mandatory census if you want to get high quality data for small areas and small populations. That’s the takeaway.

Q: Is it at all funny to you that the census has become such a point of public debate and intrigue and that restoring it would be the sort of thing that could get a politician cheered?

A: I have to confess, I would be lying if I didn’t say I was incredibly surprised at the passion that this issue has given rise to and the enthusiasm for the reinstatement that we’ve seen during the campaign and since the election as well. We’re hoping that’s going to translate into strong co-operation from the population across the country and a lot of support from municipal governments and community organizations to encourage people to participate in 2016.

Q: Do you have anything to say to the issue of privacy and the concerns that were raised during this whole debate over the survey and whether it was somehow prying into people’s lives inappropriately?

A: Privacy is an issue where a statistical agency has to take its guidance from the legislature. There is a privacy issue. I mean, compelling people to provide information about themselves to any organization is intrusive on their privacy. The issue is, is that intrusion justified by the benefits to society. You can’t leave that decision in the hands of the statistical office, it has to be made by the legislature, by the government.

A lot of people talked about confidentiality. Statistics Canada has a very solid record of protecting the confidentiality of information once given to us … There is a privacy issue and I think there’s been a healthy debate in Canada about how it applies in the context of the census and there has been a decision now that’s been taken that the intrusion is justified in terms of the benefits to Canadians and we’re moving forward in light of that decision.