Is Canada actually adrift without a fiscal anchor? 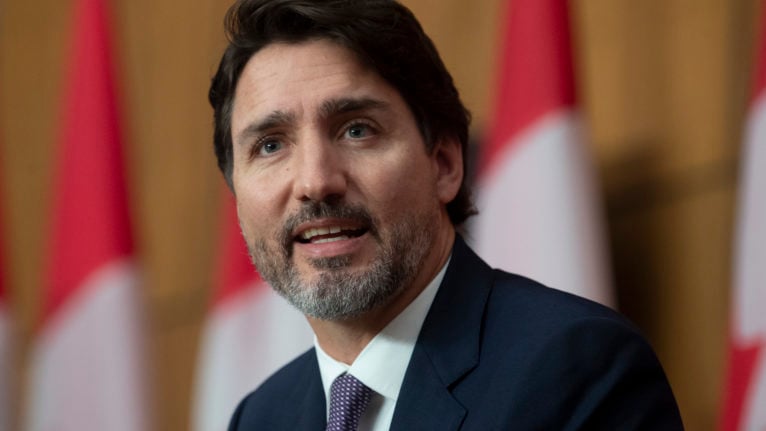 Prime Minister Justin Trudeau responds to a question during a news conference on Oct. 23, 2020 in Ottawa. (Adrian Wyld/CP)

“Fiscal anchor” is a phrase only an economist could love. But when Canada eventually starts to emerge from the pandemic morass, the feds will need all the talented economic forecasters they can get—and they’ll need a benchmark of some sort to measure the country’s progress. Enter the fiscal anchor, which for the last few years was the debt-to-GDP ratio. As long as that number remained steady or fell, the Trudeau cabinet offered some stability to markets.

Yesterday, the Prime Minister told the Canadian Chamber of Commerce that he’d establish no such benchmark before an expected fiscal update before the end of the year. “There’s a lot of uncertainty still around where we’re going to be at the end of this pandemic and I think it would be premature to be locking things down,” he said. All of these analysts will be disappointed. But not every analyst. “Fiscal rules do not substitute for good policy,” argues Lindsay Tedds, a University of Calgary economist who says the feds should “focus on pandemic response and recovery.”

Over at Queen’s Park, Finance Minister Rod Phillips set a date for his own pandemic budget: Nov. 5. “Having a financial plan is important,” he said, “especially when things are uncertain.”

Pandemic scrutiny: Meanwhile, in the House of Commons, MPs voted in favour of a Conservative mega-motion that demands all and sundry government records—“all memoranda, emails, documents, notes and other records”—on every aspect of pandemic response. The vote passed 176-152. The Liberals spent the morning constructing an argument against the motion’s demands; namely, that organizing those files would require the work of way too many people who are otherwise preoccupied with the actual pandemic.

Procurement Minister Anita Anand claimed the Commons law clerk doesn’t have the expertise to properly redact, for example, contracts with myriad confidentiality clauses. She also pointed critics to a website that discloses some information about billions in signed emergency response contracts. Tory MP Michelle Rempel Garner, the mover of the motion, accused the Liberals of fear-mongering and attacking the law clerk. It’s worth noting that next year’s auditor general reports will focus on several aspects of the pandemic response.

I think this Parliament is broken: What do you have when a governing party that insists it cares about transparency (except when it doesn’t) mixes with opposition parties that lose any sense of the scale of what they’re demanding? Well, writes Paul Wells, one thing you get is a House of Commons that’s stuck in the mud with nowhere to go.

So where are we? We’re in a fix. On one hand, a government that is shocked at the news that anyone would believe it capable of doing the sort of things it does all the time. On the other, an opposition that advertises its incorrigible frivolousness with its grandest gestures. The rest of us at least have the luxury of ignoring them. They’re stuck with one another. But not for much longer. Sooner or later, and sooner than I would have expected even a few weeks ago, they’ll be back on the campaign trail, demanding that we settle their differences for them.

The slow return to federal offices: Ottawa’s downtown core is quieter than usual as tenants give up office space. At the end of September, the Ottawa Business Journal reported the vacancy rate in the city’s core rose to six per cent. But what of the scads of federal tenants whose employees might some day return to a physical workspace? The Hill Times combed through a list of departmental back-to-work plans and found it’s going to be slow going.

The Canadian Space Agency is gung-ho about getting more men and women to the Moon, and eventually sending human travellers to Mars. Now, the agency wants to hear from the rest of us. If you think you hold the key to “safe and sustainable space exploration for decades to come,” send your cosmic wisdom to the government.

Four Moe years: First, New Brunswickers gave Blaine Higgs his first majority win. Then, British Columbians offered John Horgan the same courtesy. Last night, the most predictable campaign of 2020 gave Saskatchewan Premier Scott Moe his own first majority. Of course, that’s no surprise to anyone who actually lives in the province. Brad Wall romped in three elections before this one, so that makes four in a row for the Sask Party. Jason Markusoff reserved a rare moniker for lack of diversity in the Prairie province’s electoral preferences.

The Sask Party, whose colour is the same green as the province’s much-worshipped CFL Roughriders, has proven its stranglehold over provincial politics can easily outlive Wall. This contest was never in doubt; nor was the expectation that whatever Moe promised was bound to become government policy. So it goes in a one-party province.

The stakes were lower in two federal by-elections in Toronto, but the drama ran high on Elections Canada’s live results page. In Bill Morneau’s old downtown riding of Toronto Centre, former CTV broadcaster Marci Ien scored a semi-comfortable win. But Green party leader Annamie Paul, who captured only 7 per cent of the riding’s vote in 2019, vaulted into second with nearly one-third of the vote. Her gain was everybody else’s loss. The Liberals, New Democrats and Conservatives all shed votes to Paul.

A truly nail-biting contest went down in the city’s north end, where Liberal candidate Ya’ara Saks hoped to retain the York Centre riding after Michael Levitt‘s retirement earlier this year. With most of the ballots counted, Saks appeared to have the edge over Tory candidate Julius Tiangson, leading by about 700 votes with 99 per cent of polls reporting. Those last polls were very strong for Saks, because the margin had earlier dropped to just a single vote—a football rouge—for a brief moment.

Max Bernier, the People’s Party leader attempting another run for Parliament, failed to generate almost any momentum in suburban Toronto. But Bernier did appear to siphon almost enough votes from Tiangson—about 3.6 per cent—to allow Saks to run up the middle for the victory.

A footnote worth noting: John Turmel, whose nickname is “The Engineer,” was also on the ballot in York Centre. The perennial candidate who claims to run “the world’s oldest blog” lost his 101st election last night, a streak stretching back to 1979. He holds the world record in that department.