Is Ottawa studying pharmacare to death?

A new advisory council is set to study national pharmacare. The NDP's health critic says it's redundant and 'kicking the can down the road.' 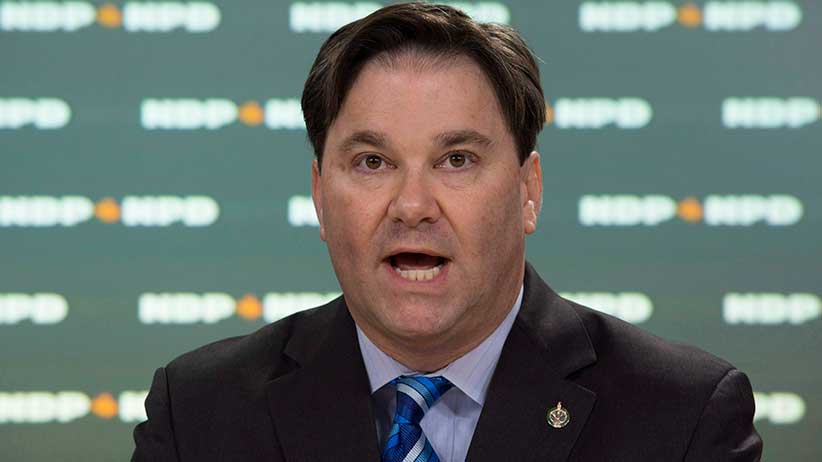 The Trudeau government is “kicking the can down the road” by constituting an advisory council to study national pharmacare, according to NDP health critic Don Davies.

Ontario health minister Eric Hoskins resigned this week, with the CBC reporting he is set to chair the new committee, which will be tasked with engaging in consultations and laying out the government’s options for a new drug program. But Davies says the work of studying pharmacare is already being done by the House of Commons Standing Committee on Health, which is “putting the finishes touches” on its report.

The NDP has been staking out ground on pharmacare, particularly in recent weeks. A national program was one of the party’s key asks of the government in its priorities for tomorrow’s federal budget. And pharmacare was one of the biggest applause lines in leader Jagmeet Singh’s speech to the NDP policy convention in Ottawa last week.

RELATED: The NDP knows what it stands for. Now begins the work of policymaking.

The issue is already being studied at the federal level. The health committee’s report caps a two-year process begun by a motion from Davies. An estimate based on 2015 levels carried out by the parliamentary budget officer at the committee’s request put the bill for a national program at $20.4 billion, and noted that existing provincial drug plans for specific groups like seniors currently pay out $13.1 billion in drug expenses.

After the PBO’s report was released in October last year, Davies moved a motion for the federal government to commence negotiations with the province on implementing a national system, which was defeated. In speaking against it, several Liberal MPs cited the fact that the health committee had yet to draw its conclusions.

With the report still outstanding, B.C. MP Davies says he finds the timing of the establishment of the new advisory council to be “disrespectful.” He also called it “hypocrisy of the highest order,” saying that Prime Minister Justin Trudeau had promised to “restore the independence of committees and respect the work that they do” after predecessor Stephen Harper’s supposed controlling of those bodies from his office.

RELATED: In praise of the airless rooms of parliamentary committees

“The work in terms of consultation at the federal level has been done extensively,” said Marc-André Gagnon, a professor at Carleton University’s public policy school and one of the country’s leading researchers on pharmacare. The health committee has been looking into the need for a national program, he said. “But in terms of the nuts and bolts [of] implementing the whole thing, that can be very complicated,” Gagnon said, adding that if the Hoskins’s council is charged with figuring out those details it would be a positive addition.

Davies said that options for a national pharmacare program is exactly what the health committee has been looking into for the last two years, and that in witness testimony one option clearly stood out. That is to “fold necessary medicines into the Canada Health Act and cover it as an insured service like we do every other necessary medical procedure,” he said.

RELATED: The case for a national drug plan

In April 2017, the Ontario NDP proposed universal coverage for 125 medications. Just a few days later the ruling Ontario Liberals’ budget contained a drug plan that applied to some 4,400 medications, but only for those under the age of 25. Later, Hoskins told Queen’s Park Briefing that the Ontario initiative would prove that a national pharmacare system was possible. “Kathleen Wynne is channeling Tommy Douglas,” he said, citing the NDP hero who as Saskatchewan premier first introduced universal medical insurance in that province.

But Davies cites the provincial example as cautionary, not precedent-setting. “Eric Hoskins failed to bring universal pharmacare to Ontario as health minister,” he said. “How is he going to do it [for] the rest of Canada?”

If Hoskins’s council reports back in 2019, the Liberals could go into the next election claiming to have made progress on pharmacare, swiping a policy that looks set to be a major NDP platform plank. “This is the history of the Liberal party,” said Davies. “They talk progressively and take NDP good ideas, and then fail to implement on them.”

The Liberals also promised a universal drug plan in their 1997 platform, he noted.