Is Rona Ambrose in or out? Ottawa's latest mystery deepens. 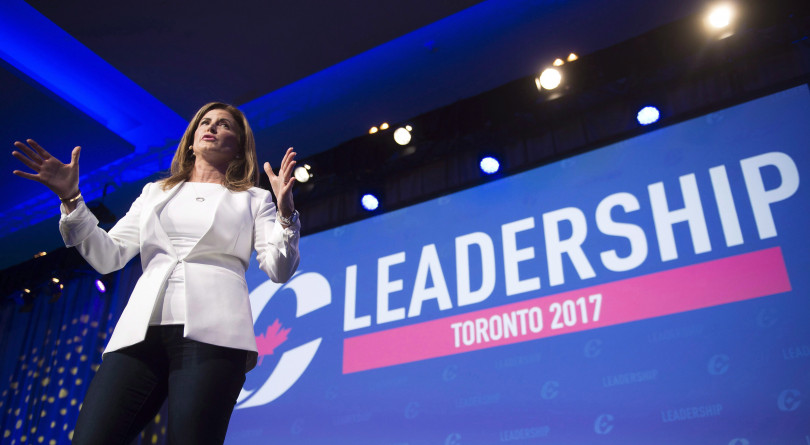 Breaking news this morning: 63 Canadians are among the dead after a Ukrainian International Airlines flight crashed near Iran’s capital, killing everyone on board. Ukraine’s foreign minister said Ukrainian, Swedish, Afghan, British, German and Iranian nationals were also on the plane. CBC, the Guardian and New York Times have developing details. Foreign Minister Francois-Philippe Champagne tweeted that “our hearts are with the loved ones of the victims,” and said he was in contact with the Ukrainian government. Transport Minister Marc Garneau confirmed the feds would provide “technical assistance” to the investigation.

If it was a secret, it was a very poorly kept secret, but CTV News broke the story yesterday that Erin O’Toole is throwing his hat into the Tory leadership race. The enduring mystery is what Rona Ambrose will do. The former interim party leader and longtime cabinet minister has sources around her who talk to reporters—anonymously, to bolster the mystique—about her party loyalty. She hasn’t said no, they say. And it’s “her instinct,” one of them told CTV’s Evan Solomon, “to jump in and help.” [CTV News, Evan Solomon tweet]

As federal Tories figure out who wants the top job, their provincial cousins are trying to avoid looking at a messy legal fight between a failed candidate in Brampton, Ont., his former rival for a party nomination, and the local police force. Yeah, “Backers of Ontario Conservative candidate used leaked police records to smear party rival” is a headline Doug Ford’s team would rather not have to spin. [National Post]

Jonathan Vance, the chief of the defence staff, confirmed last night that no Canadian soldiers were hurt in Iran’s retaliatory missile attacks on U.S. facilities in Iraq. Earlier in the day, he’d tweeted a letter he sent to the families of everyone posted in the Middle East. Vance opened with a frank tone, recognizing the latest developments in the Middle East are “alarming for many of you.” He announced a pause on operations in Iraq and the transfer of some personnel out of Iraq and into neighbouring Kuwait. Canada’s top military man also acknowledged that Canada’s five other missions in the region, which typically keep a tenuous peace between hostile forces, aren’t on pause. [Vance’s letter, Canadian Press]

The PM’s calls: We don’t typically learn much from “readouts”—a fancy word for summaries—of conversations between world leaders. But when the Prime Minister’s office sends them out, we do learn who was on the other side of the line. Yesterday, Justin Trudeau was on the horn with German Chancellor Angela Merkel and Jordanian King Abdullah II. They discussed instability in the Middle East, and talked about “de-escalation,” “fostering stability,” and “continued collaboration.”

Deputy Prime Minister Chrystia Freeland‘s Alberta swing kept swinging yesterday. Freeland met Jason Kenney, who struck what might charitably be called a conciliatory tone. Tom Ross of 660News tweeted, in summary, that Kenney “appreciates Freeland’s willingness to listen to his issues, and will be focusing on his desire to see concrete action.” So: progress? Later, Ross’s eagle eyes noted the patriotically sartorial flare of Calgary mayor Naheed Nenshi, who was also on Freeland’s agenda.

A new forecast gives the oil patch at least some reason to feel moderately optimistic headed into 2020. The Deloitte report predicts oil prices will rise moderately in 2020, and also says pipeline companies are working to increase capacity by up to 580,000 barrels a day over three years—about 10 per cent of Canada’s current oil production. [Deloitte forecast]

Trade warriors: No, Canada isn’t fighting with the U.S. or China about steel. The Canadian International Trade Tribunal found a “reasonable indication” that Turkey, the United Arab Emirates and Vietnam are dumping corrosion-resistant steel sheets on the Canadian market. Next up, Canada Border Services Agency’s “preliminary determinations” on the matter, due next month. Just try to bate your breath. [CITT finding]

Mark your calendars: The Friday before the weekend before Christmas, a convenient graveyard for news, was when the Canada Revenue Agency chose to release the rules for new federal journalism tax credits. Yesterday, the CRA announced the date of a teleconference for stakeholders to “discuss” the guidelines. Spoiler alert for the poor bureaucrats on the line: news organizations typically ask a lot of questions.

What a deal: The federal government sold a paper shredder yesterday for $37.01—up from its minimum bid of five bucks—on its surplus sales website. Oh, the stories it could tell (and never prove, on account of the shredding).