Is the Liberal tent big enough for a Carney?

Paul Wells: The former central banker may have what it takes to survive partisan politics. But the big challenge would be cracking the current Liberal leadership's hold on the party. 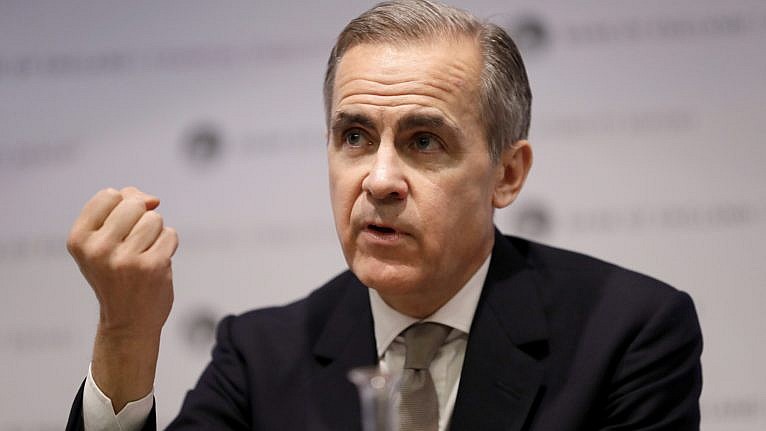 Carney speaks at a Bank of England event in London, on Dec. 16, 2019, when he was the bank's governor (AP Photo/Kirsty Wigglesworth,pool)

The news that Mark Carney will speak to the Liberal Party of Canada’s virtual convention this weekend is at least implicit acknowledgment of a question Liberals have preferred to avoid before now: what will the party look like when Justin Trudeau no longer leads it?

You can’t really call that question “taboo” or “verboten” or any of the other words that suggest the party’s central command is forbidding members from speculating. It’s more of a “non, merci,” because it’s entirely self-enforcing. Liberals are less spontaneously fond of Trudeau than they used to be, but they simply have no interest in discussing what will happen to the party whenever his leadership ends. I know one former government staffer who attempted to kick off a cheerful round of “So who are you going to support next time?” in the office. To say the least, it used to be a favourite game wherever Liberals gathered. This time the question was met with astonished silence. Discussing a post-Trudeau Liberal party just isn’t done.

For one thing, nobody thinks the Trudeau years are close to ending. The polls are encouraging, and at least by the crude measure of total dollars spent, this is by far the most activist government in the peacetime history of the country. People who question the wisdom of the team that brought the party this far wind up the way Jane Philpott did, and people who are breathtaking in their refusal to question anything the team does can still hope to wind up the way Chrystia Freeland has. In a party that has always paid keen attention to what works, attention has been paid, and going along with what the party’s inner circle wants is now the supreme Liberal virtue. Just ask the immigration minister, if you can remember his name.

Into this big happy tent comes a Carney. The former Bank of Canada and Bank of England governor is often spotted around the capital before a storm. His first flirtation with big-L Liberalism happened in 2012; soon after, Bob Rae’s hopes of parlaying an interim party leadership into something longer-term collapsed as Liberals focused on the notion of putting a second-generation Trudeau in the job. Last summer, on the long list of pretexts for firing Trudeau’s unstintingly loyal finance minister Bill Morneau, the first item was the news that Carney had been accepting phone calls from the Prime Minister.  Bit of a non sequitur, but so were all the other reasons. We’re left with the sense that, whenever Carney even winks at electoral politics, the aftershocks are powerful.

Does he want a political career? I believe he’s tempted. There’s scuttlebutt, which he could shut down with three words. There are purple-tinted passages in his book which make no sense in a central banker’s memoir but which would not be out of place in, say, the book Denis Coderre released days before admitting he’s running again to be mayor of Montreal.

Should he? The question of whether central bankers should get into partisan work is a serious one. Whether or not it’s a good career path for the person who makes the move, there’s also the doubt it would cast on the motives of every future central banker. The job has been above the fray for decades; now it would look like career development. At least that’s the argument. I admit I can’t put much heart into it. It’s hard, after the last decade or so in Canadian politics, to say, “OK, sure, but this standard must be sacrosanct.”

Is Carney cut out for partisan politics? Maybe. He came in for more rough and tumble in Britain during Brexit than he ever did in Canada; as the BBC’s Andrew Marr put it, “a huge torrent of verbal ordure” landed on him for saying obvious things about the risks of Brexit. He survived well enough. The passages on Brexit in Carney’s book are among the most interesting. He makes a good case that in planning for all eventualities, beginning long before anyone thought Leave might win, he spared Britain the worst. Planning is a rare enough trait in politics to be attractive.

But Carney would bring weaknesses as well as strengths to the table. He’s grown up outside the culture of a party that is even more clannish than it used to be. Its first act after the 2015 election victory was to overhaul the party constitution to radically centralize party operations. There’s no appetite in the party for self-criticism and there would be no tolerance for even thoughtful critique, and you really have to scour Carney’s book for even a hint of mild critique. If he managed to become Liberal leader, Carney would be inheriting someone else’s cult of personality.

Many of the Liberals’ weaknesses in government can be traced to the after-effects of the long decade that preceded Trudeau’s election, a period whose memory is all but banished. The two worst elections in the party’s history were the elections of 2008 and 2011. Each new leader chased out most of his predecessor’s advisors, inflicting round after round of amnesia on the party hierarchy. Justin Trudeau didn’t lead a Liberal restoration because neither he nor his caucus had many connections to the party’s recent past. Trudeau had as little experience in government, which is none, as Stephen Harper did when he became PM. Trudeau’s caucus had more rookie MPs than any governing caucus in memory.

Leaping from third place to power was a triumph, but as a direct result, Trudeau’s ministers of justice, defence, finance, health and the environment had never sat in Parliament before they landed in cabinet. They had a comically overstuffed platform to implement at a time of rapid global change. They were entirely captured, before they knew it, by remote-control protocols developed and enforced by a PMO staff that was also composed of people who had never served in a federal government. People who rebelled against this process of capture from the centre did poorly — Philpott, Jody Wilson-Raybould, Stéphane Dion, Scott Brison, Andrew Leslie, finally even poor Bill Morneau. People who rebelled against nothing advanced.

The bureaucracy lost its relevance in both of its traditional functions, challenge and implementation. Any function of government that required sustained engagement with complexity—procurement, criminal justice, electoral reform, peacekeeping, really most of foreign policy—withered, and soon the cheque-sending function was most of what remained. Cheque-sending is popular! At the other end, there is always somebody receiving a cheque, and they can usually be counted on to say nice things. But what we don’t have is a government in the way most people used to understand government. Nearly 20 years ago, somebody once promised a government that would be run on some other principle besides “Who do you know in the PMO?” And yet today, who you know in the PMO is a bigger question than ever.

Mark Carney doesn’t know enough people in the PMO, and he doesn’t have an autonomous power base that would permit him to break the current leadership generation’s hold on the party. If he even managed to get past the most determined guardian of Trudeauist orthodoxy, Chrystia Freeland, he’d wake up after five years or so and realize he’d never been permitted to make a single real decision. I don’t know how you break that system, and as long as it keeps being rewarded at the ballot box few will even want to. But another nervous outsider isn’t what it will take.