It's Erin O'Toole's party now. What will he do with it?

Politics Insider for Aug. 25: What exactly is O'Toole's vision for Canada? Who are the people around him? And what does his caucus think of his big win? 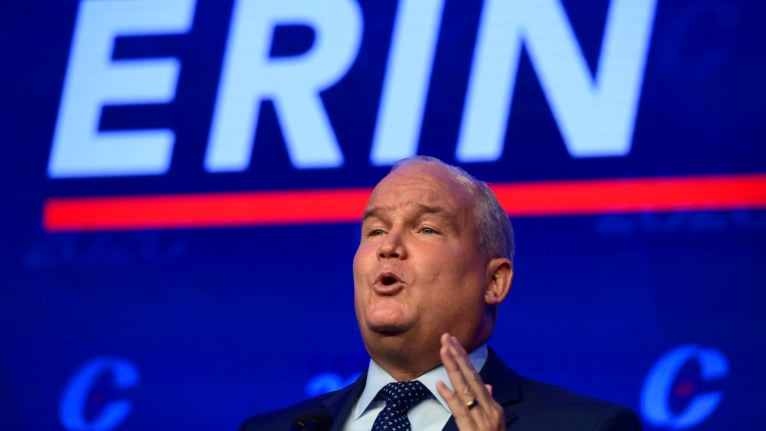 Today, Erin O’Toole starts his second full day as Conservative leader. Paul Wells, writing in Maclean’s, wonders if it’s time for the Official Opposition, which turns off a wide swath of voters just for being the Blue Team, to embark on a search for a new Canadian centre:

All of this suggests Canada’s Conservatives don’t need to trim their offer at the edges so much as they need to remake their movement for a new era. As they did under Brian Mulroney in the early 1980s and under Stephen Harper in the 2000s. Is Erin O’Toole a philosopher and practitioner of politics on the level of Mulroney and Harper? I doubt it. But I’ve been wrong before, and now at least he gets to try.

Conservatives across Canada were fired up after O’Toole’s win early Monday morning. If you missed it, catch up on O’Toole’s full victory speech. Tory MP Michelle Rempel Garner boasted that her united caucus is done with infighting, and her party is now primed to win over women and LGBT voters who preferred the Liberals in 2019. Former Saskatchewan premier Brad Wall, whose name comes up every time the federal party looks for a new leader, cautioned Tories against introducing O’Toole as the next PM. “It’s presumptuous,” he said. His advice: take nothing for granted.

The power players in Erin O’Toole’s Conservative Party: The day after the votes were counted, Jason Markusoff took stock of the key endorsers, rivals and organizers that helped shape the race for O’Toole. Never heard of Alupa Clarke or Fred DeLorey? Now’s a good time to read up on them.

It’s not quite a new generation of Conservative leadership taking the reins; Andrew Scheer was nine years younger when he won the job than Erin O’Toole, 47, is now. But the second boss to try restoring glory to The House Harper Built has his own group of figures sharing the glow of his victory today. Not all, of course, are new faces.

The world’s other Erin O’Toole, a broadcaster in Colorado, went viral for pointing out that she wasn’t the new Tory leader. When a Toronto Star reporter jokingly asked her about some perennially thorny issues, the other O’Toole replied: “I support dairy farmers and the humane treatment of cows. I would need to brush up on supply management tbh.” Sounds like she’s right at home.

Maclean’s has whipped up a mega-spreadsheet within which riding-level voting data tells the story of the Tory leadership race. Sure, you’ve already seen provincial and regional breakdowns, and some riding-by-riding highlights. But watch this space for a detailed breakdown of who won key voter subsets—and how the race shifted dramatically from the first ballot to the final count.

As for O’Toole, he’ll face Ottawa reporters for the first time as leader this morning at 11 a.m.

How the Liberals are bungling the vaccine endgame: Amir Attaran, a biomedical scientist and lawyer who teaches at the University of Ottawa, writes in Maclean’s that he—and many others—were wrong to think a COVID-19 vaccine was a long shot. But now that governments around the world have pre-purchased doses of promising vaccine candidates in bulk, Attaran says Canadians should get ready to be patient.

The Trudeau government dithered. When our closest allies put their money down and placed orders for over a billion vaccine doses, our government failed to keep up. The dithering went on so long that there is only one country left in North America or Western Europe that has not confirmed its order—and that’s Canada. Staking out the back of the queue means that we might beg for a little vaccine in a hurry for our health care workers or most vulnerable, but come to ordinary Canadians, expect to wait.

Gold, Jerry, Gold: As the federal government sits awash in red ink, one crown corporation actually turned a profit in the disastrous second quarter of 2020. The Royal Canadian Mint latest financial report acknowledges sales of numismatic products—that is, collector coins—were down in Q2, global demand for bullion surged amid the pandemic. Last year, the mint’s quarterly revenue stood at $278.4 billion. That jumped 90 per cent to $529.5 billion this year. When times are tough, people evidently stock up on precious metals.

The Snowbirds are no longer on pause. The fleet of aging acrobatic jets, which have been grounded in Kamloops, B.C., since a fatal accident last May, will slowly return to the skies. Col. Ron Walker, the commanding officer of 15 Wing Moose Jaw, told Maclean’s the Snowbirds fleet will increase minimum flight speeds, altitudes and runway length requirements—all of which gives pilots more time to react to in-flight malfunctions. When air shows under the new restrictions eventually resume, Walker said spectators on the ground probably won’t notice a difference.

Mea culpa: Yesterday, this newsletter referred to the True North Centre for Public Policy as a “far-right” media outlet. In fact, True North is independent and non-partisan, though its editorial stance is conservative. We regret the error.