It's like 1968, only without the candidates, issues, excitement or leader 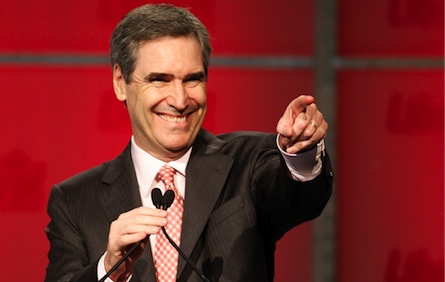 VANCOUVER, B.C. — Can Iggymania be far behind?

Michael Ignatieff says the mood surrounding his ascension to the Liberal helm reminds him of the excitement that prevailed when Grit icon Pierre Trudeau was elected leader in 1968.

“You have to indulge an old guy like me, but this is the feeling that I felt in 1968 at the great convention that chose Pierre Elliott Trudeau as our prime minister,” Ignatieff told cheering youth delegates Friday at the convention that will formally acclaim him as leader.

In how many ways is this ill-advised? I wasn’t there, but it strikes me this event is about as far away as you can get from the 1968 convention — a close fight between several cabinet heavyweights, including Trudeau, Sharp, Winters, Martin, MacEachen, and Turner, in which sharply opposing visions of the party and the country were on display. As opposed, say, to the pro forma confirmation of the party’s de facto leader, at which the biggest policy issue is which hospitality suite to go to.

And Iggymania — this convention couldn’t rouse itself to mania if you put four million volts through it. In 1968 the Liberals were on top of the world, having enjoyed a successful five-year run as a minority government, and were looking forward to converting that into a majority. Today the mood is very different. The party is coming off its worst defeat since Confederation. They’re exhausted with internal struggles (which the ’68 convention more or less inaugurated), relieved to be rid of Stephane Dion, warily hopeful that Ignatieff might prove a winner.

But it’s not a lot deeper than that. Ignatieff is peculiarly suited to the party’s present mood: out of the country for 30 years and elected by acclamation, he has no ties to the bitter fights of the past. And having said so little of substance about what he would do as Prime Minister, he allows everyone to imagine he agrees with them. But I don’t get the sense that he inspires much passion, as yet, beyond his immediate circle — except for a certain lingering bitterness among some of Bob Rae’s followers. He’s up in the polls now, and that helps the mood. But whether it’s anything more than that — well, we’ll see. Maybe tomorrow’s speech will prove me wrong.

As for the not-so-implicit comparisons with PET: Even if there were any, which is a stretch, would it not be more seemly if someone else said it?

UPDATE: Never mind Trudeau. How does he stack up against Stephen Harper?

While the Liberal lead of 36 per cent to 33 could be enough to form government, the poll found Prime Minister Stephen Harper outranking Ignatieff on many counts on the eve of a national Liberal convention vote confirming his four-month-old leadership…

Canadians prefer Harper to Ignatieff by a wide margin on issues of vision, trust and ability to lead during tough economic times, said the poll of 1,001 adults conducted Wednesday and Thursday for Canwest News Service and Global National.