It's Mulcair vs. Duceppe in French debate 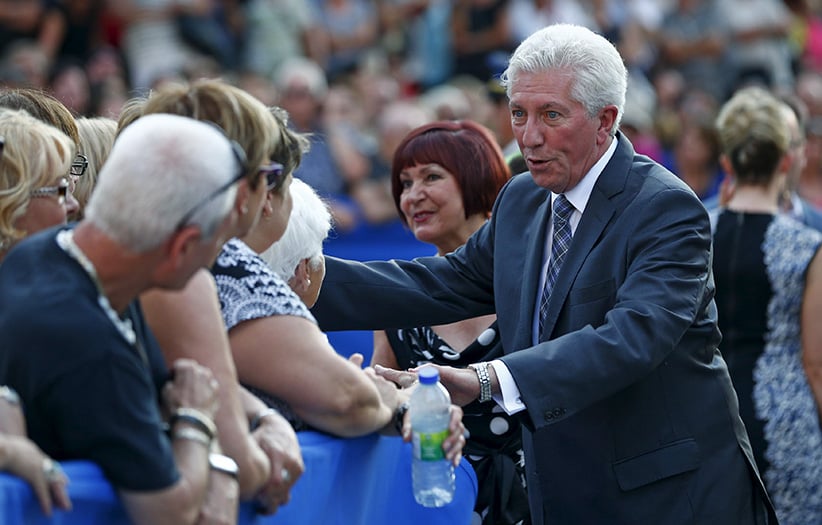 MONTREAL — A combative NDP Leader Tom Mulcair says he’s looking forward to tonight’s French-language debate as an opportunity to lay out for Quebecers a vision of Canada that is starkly different from that of his main rivals.

What he doesn’t say is that it’s do-or-die time for the New Democrats.

The debate, coming amid polls suggesting the NDP has lost traction in all-important Quebec, is likely Mulcair’s last best chance to set himself apart from his rivals in the province that’s home to his base of support.

Debates help people make decisions, Mulcair said Thursday during a Montreal rally at which he set his sights on Conservative Leader Stephen Harper.

“The real question for Oct. 19 is do we want a country that’s war-like, that is a polluter, the only country in the world to have withdrawn from the Kyoto protocol, that’s cutting everything from the CBC to home-mail delivery, that’s bringing the retirement age up to 67,” Mulcair said.

“Do we want that country, do we want Stephen Harper’s country, or do we want a modern Canada that takes care of the future?”

The NDP, which surged in Quebec in the last election under Mulcair’s predecessor Jack Layton, will have to hold those seats if it hopes to make another breakthrough and replace the Conservatives in government.

For that reason, some observers see tonight’s debate — in broad terms — as all about Mulcair vs. Bloc Quebecois Leader Gilles Duceppe, given that Liberal Leader Justin Trudeau appears to have a better chance of taking on the Conservatives in the other key battleground province, Ontario.

“Mulcair has to keep Quebecers’ attention on him and keep convincing them that he is their best bet in Ottawa,” said Bruce Hicks, a visiting fellow at the Glendon School of Public Affairs at York University.

“That message is the message that Gilles Duceppe wants to undermine, because the rural ridings anyway, if they swing away from the NDP, the only place they go is towards the Bloc Quebecois.”

Indeed, Mulcair’s rally and climate-change announcement Thursday came in a riding the NDP took from Duceppe in 2011. This election features a pointed rematch between Duceppe and incumbent Helene Laverdiere in Laurier-Sainte-Marie.

Brad Lavigne, a senior NDP campaign adviser, said Mulcair’s task will be to remind Quebecers that voting for the Bloc is what has kept the Conservatives in office and that voting Liberal wouldn’t help.

“The NDP only need about 35 more seats to actually get rid of Mr. Harper and the Liberals need around 100,” Lavigne said. “It’s a compelling message that helps refocus the attention of the voter.”

Mulcair is sure to come under fire from Duceppe and Harper on the emotionally charged issue of niqabs at citizenship ceremonies. Mulcair is adamant women should be able to choose how they dress. Duceppe in particular is staunchly opposed to niqabs — a view popular among many Quebecers.

But Mulcair is also on the right side of Quebec opinion in his opposition to the military campaign against Islamic terrorists in the Middle East, and he has portrayed himself as a champion of supply management, a production and tariff regime that’s important to the province’s dairy farmers.

Either way, the NDP leader is adamant Quebecers want change, and will opt for a “progressive” NDP government that brings Quebecers together.

“That’s what I’ve spent my whole career doing: building bridges between Quebec and the rest of Canada,” Mulcair said.