Why MPs can't wait to get out of Ottawa

There's no place like home — especially if you want to be re-elected. Our Political Editor Paul Wells explains 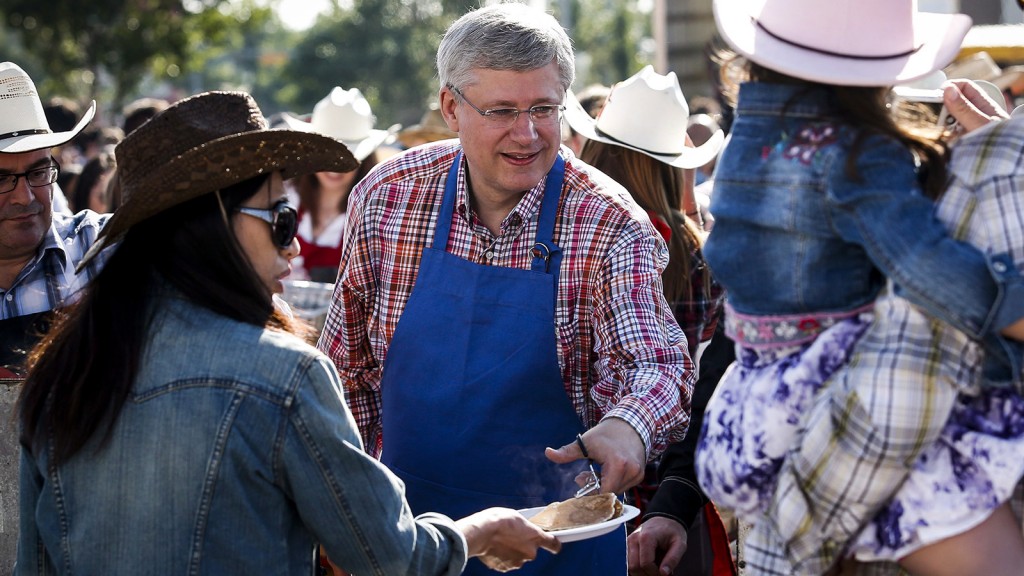 On Nov. 18 in Ottawa, Maclean’s will hand out the Parliamentarian of the Year Awards. Before we do, we’d like to have a frank talk about the work and worth of an MP. This week: the ridings.

Some people still remember the wetsuit, but nobody remembers the issue. The day after he won a by-election in his newly adopted riding of Okanagan-Coquihalla in September 2000, Stockwell Day convened the media on the shores of Okanagan Lake. He joined them from the other side of the lake, wearing a wetsuit and riding a Wave Runner.

The wisdom of that particular stunt was debated for months after, but Day’s rationale for the event was forgotten more quickly. His goal was to argue that what goes on in MPs’ ridings is more important than what goes on in Ottawa. He wanted Friday sittings of Parliament to end. Let MPs spend a full three days in their constituencies, he said. They wouldn’t be missing much. “Right now, it’s a joke. As you know, there is not the full attendance that it should be. The prime minister is never there, if ever at all.”

The then-Liberal government quickly made Day hurt for his suggestion. The guy hadn’t even arrived in the House of Commons and he wanted three-day weekends! Did he even know how well members of Parliament were paid? Day abandoned his suggestion.

The incident was a memorable expression of the Ottawa hivemind’s built-in preference for the House of Commons over the constituency. There have been others. In the national leaders’ debates during the 2011 election, then-NDP leader Jack Layton cemented his advantage by pointing out Michael Ignatieff’s shaky attendance record in the House.“You know, most Canadians, if they don’t show up for work, they don’t get a promotion.”

Ignatieff could have stood his ground, as Day could have a decade earlier. (It would have been easier for Ignatieff, because he was wearing shoes.) The work an MP does in Ottawa is a small part of his total workload. Weekends in ridings are not time off. They are some of the most valuable time a member has, which is why many are eager to get out of Ottawa as soon as possible, even after Stock Day failed in his attempt to get Ottawa to cancel Friday. Wednesday night is the highlight of the weekly social calendar on Parliament Hill—nicknamed Wonderful Wednesday for more than a century—precisely because MPs from far-flung corners of the second-largest country on Earth start heading back to their constituency as early as Thursday.

And why’s that? “There are no votes for you in Ottawa,” Paul Szabo, the former Mississauga South Liberal MP, wrote in a 13-page letter he used to send to rookie MPs.

“Your best staff should be in the riding to take care of the needs of your constituents,” Szabo wrote. (The letter is quoted in Tragedy in the Commons, a book about the real-life experiences of MPs, by Alison Loat and Michael MacMillan.)

Most MPs have four or five taxpayer-funded staffers—divided, in various proportions, between Ottawa and their constituency office. Szabo’s preference was to have only one assistant in Ottawa and three in the riding.

What are they doing? Helping constituents through their sometimes shocking confrontations with the federal government—and, since most people don’t pause to consider constitutional jurisdictions when they get in trouble, with provincial and municipal files as well. Immigration troubles, Employment Insurance, passport renewals, veterans’ services and more.

Charles Hubbard, another former Liberal MP, told Loat and MacMillan that in his 15 years as an MP, his staff probably returned 100,000 calls to voters. “You probably get more satisfaction from helping people than you did from trying to wade through legislation,” Hubbard said.

Even if voters aren’t having trouble figuring their way through some government file, a smart MP stays in touch. NDP MP Peter Stoffer is famous for using a telephone directory, cold-calling a handful of voters every day to ask what’s on their mind.

Of course there’s a tension between the work MPs do on the floor of the Commons and the work they do at home. But it’s easy to see why constituency work is so valuable—despite the obligatory weekly slog between Ottawa and the ridings. In Ottawa, MPs must be disciplined, patient and willing to cauterize the judgment centres of their brains in return for complete fealty to whatever their leader’s office has decided will be the line of the day. In return, they are ignored by voters and mocked by guys like me. Back home, they can provide concrete assistance to neighbours in need, they’re noticed while they do it, and they’re repaid in votes. No wonder the temptation to get out of Ottawa is so strong.

FILED UNDER: Inside Ottawa Ottawa Parliament