Jack Mintz to Ottawa: Give infrastructure cash directly to cities 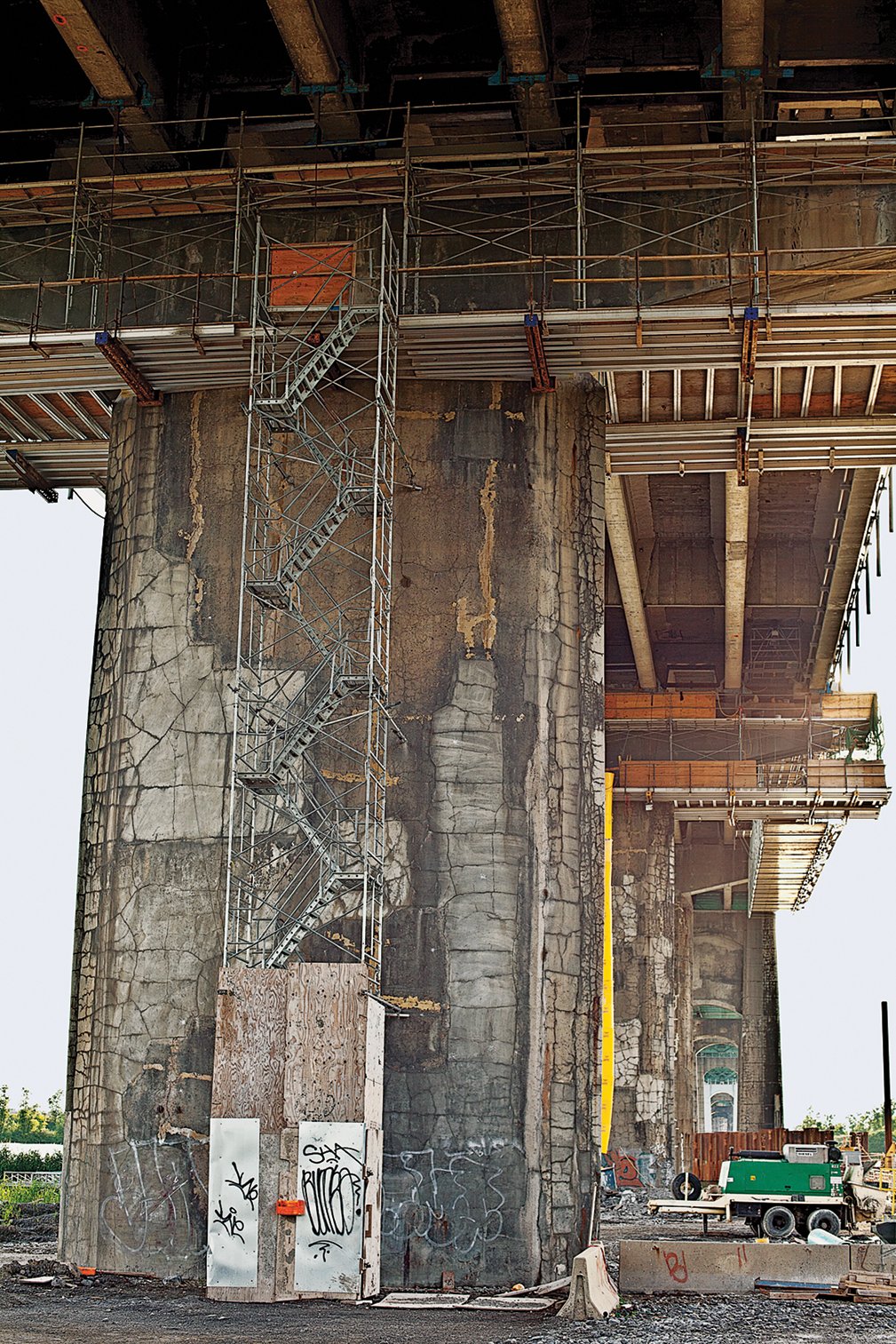 The outside girders of the Champlain bridge have been badly damaged by decades of poor drainage. (Photo by Roger Lemoyne)

OTTAWA – A noted economist says the incoming Liberal government should slow its grand plan for billions in new infrastructure spending to make sure the money provides the most economic bang.

Jack Mintz says the infrastructure program should emphasize what he calls “productivity enhancing infrastructure,” such as roads, highways, rail lines and ports that can shorten commutes for workers in cities and more easily move products to foreign markets.

A federal government that stressed that type of spending, as opposed to “social infrastructure” as the Liberals have promised as well, would stimulate long-term economic growth, Mintz said.

“That’s where the emphasis should be,” he said at a Monday news conference on Parliament Hill. “Let’s move people, let’s move goods and have a stronger economy as a result.”

The Liberals have vowed to boost infrastructure spending by almost $17 billion over the next four years, financing the effort through three years of deficits. The majority of the new spending, $10.05 billion, is planned to happen in the next two years, with $6.9 billion earmarked for the last two years of the Liberal mandate.

The promise was a cornerstone of the Liberal campaign that won the party a majority government in last month’s federal election.

But despite what prime minister-designate Justin Trudeau said on the campaign trail, the country isn’t in a recession, Mintz said, which means the Liberals should take their time and slow the spending spree.

“That would be a far better strategy to achieve, I think, what could be a really important growth strategy for the country in the next several years.”

Related: Who is Jack Mintz? The economist on every politician’s lips

Mintz said that idea should be one of the key conclusions from a series of three research papers released Monday by the University of Calgary’s school of public policy. The papers look at the state of the country’s infrastructure and how the federal government should help pay for its renewal.

The studies argue the federal government should get out of the business of funding small infrastructure projects directly and instead give more money directly to cities through provinces to spend on their infrastructure needs.

The researchers found that since 2002, more than half of the 8,000 projects that received matching funds from the federal government cost less than $1 million. About 1,000 of those projects were below $100,000 in value.

These small projects carry extra administrative costs that would be better directed to larger endeavours that may take more time to break ground, the researchers said. The papers also argue for giving block funding to provinces — and cities by extension — with some strings attached to make sure money is spent where it’s needed most.

The outgoing Conservatives were criticized for spending more money from its key infrastructure programs on projects in Tory-friendly ridings. That funding often came with a requirement for signs labelling the projects as part of the Conservative economic action plan.

Mintz said the federal government should not direct this block funding to specific projects and should create an arm’s-length agency to evaluate projects for their economic benefits. The current model could lead to political interference, with governments choosing projects that produce the most votes.

The group also argued that cities overseeing the majority of infrastructure in the country should charge user fees to pay for their upkeep.