Jagmeet Singh should ask, 'What would Thomas D'Arcy McGee do?' 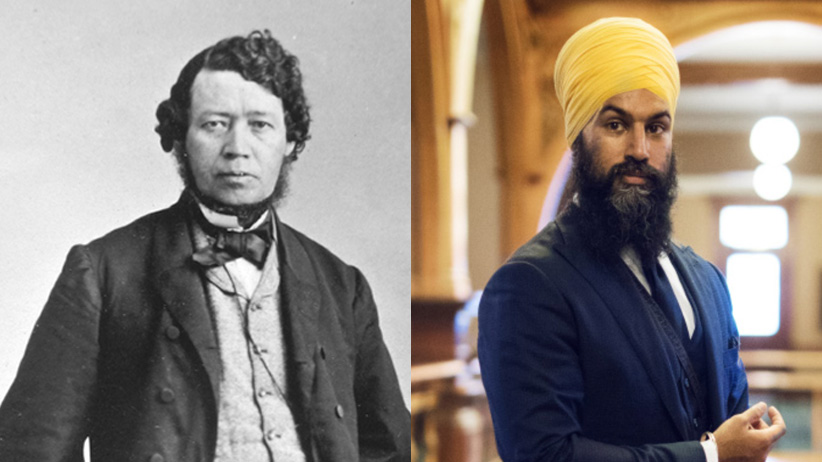 In a speech in the House of Commons in fall of 1867, during the very first session of Parliament after Confederation, Thomas D’Arcy McGee trained his famous oratorical ire on a St. Patrick’s Society meeting held in Montréal, his home city. McGee was outraged that the names and portraits of Fenians, the era’s Irish revolutionaries, were displayed on the walls, and warned that the radicals might bring violence to Canadian cities. A political rival later accused him of casting “a burning stigma on the Irishmen of Montréal for the sake of building himself up.”

Anybody following Canadian politics these days will immediately catch the present-day resonance. NDP Leader Jagmeet Singh has lately been embroiled in controversy, largely for participating in Sikh activist meetings where pictures of militant leaders were on show. Singh says he rejects all terrorism, but doesn’t apologize for having spoken at gatherings that venerated figures associated with separatist violence, particularly leaders of the movement to carve a Sikh state out of India that was most active in the 1980s. He pleads for Canadians to see the complexity in that history.

Maclean’s is launching a new politics newsletter. Sign up here >>

In a revealing interview on CBC’s As it Happens, Singh said that growing up as a Sikh in Canada, he experienced “trauma” in learning about the violence carried out against his family’s minority religious community in India. Asked if those attacks on Sikhs justified taking up arms in response, Singh said, “We’re talking about how people resist violence that’s been perpetrated against them. I don’t know what the appropriate response is.” But he defended taking part in events where radical Sikh separatism is advocated, arguing that he brings an alternative message about human rights and peace. “What are the ways,” he asks, “that we can deal with that pain and trauma and turn it into something constructive?”

McGee also looked back on painful, traumatic times. Born in Ireland in 1825, his remarkable path in politics saw him evolve in stages from youthful Irish revolutionary to middle-aged, moderate Father of Confederation in Canada. In 1860, when his days as a young radical were thrown in his face, he spoke of the terrible famine he had witnessed in Ireland as a young man, and the callousness of the ruling British then, which drove him to rebel. On his former commitment to what he called “a rash and ill-guided struggle,” he said “though I do not defend the course taken, I plead the motive and intention to have been both honest and well-meaning.”

I asked University of Toronto history professor David Wilson, author of a landmark two-volume Thomas D’Arcy McGee biography, what the story of the most famous Irish Catholic in Canadian politics in the mid-19th century might tell us about the challenges facing a Sikh in Canadian politics today. In fact, Wilson had already alluded to the parallel in his writing. He told me McGee would differ with Singh on major points—starting with McGee’s insistence, in the House that day in 1867, that no respectable politician should show up at a meeting where violent radicals are lionized on banners and portraits.

Wilson says McGee would scoff at Singh’s stance that it can be productive to share stages with those who advocate violence. “McGee’s position was unequivocally that you should have no truck or trade with such people,” Wilson says. “In fact, any kind of ambivalence, any sense that they were motivated by good intentions, had to be really beaten down. You had to draw a clear line. He was quite happy to polarize the [Irish Catholic] group, because he believed that polarization would isolate and marginalize the revolutionaries.”

Still, McGee’s perspective wouldn’t be congenial to hard-liners today who insist immigrants should somehow stop worrying about what’s going on in their home countries and just be Canadian. On the last day of his life, Wilson says, McGee wrote letters about Irish poetry, and about how Canada’s way of accomodating ethic and religious differences might serve as a model for Ireland. “So, yes, he cared deeply deeply and passionately about Ireland,” Wilson says.

On how immigrants should become Canadian, McGee’s views seem to have been far ahead of his time. Wilson says he didn’t think there was any definitive Canadian identity newcomers needed to take on. “He thought it was completely unrealistic to have an a priori definition of what it was to be Canadian,” Wilson says. “Instead, he saw it as a continuous work in progress, in which different ethnic groups—of course, he’s talking about Irish and Scots and French and English—will bring what he hopes will be the best of their cultures.”

And leave behind the worst. For McGee, the worst of Ireland was embodied by the Fenians. His outspoken opposition to them came, of course, at the ultimate cost: he was assassinated by a shot to the back of the head on April 7, 1868, in Ottawa. A Fenian sympathizer was later convicted of the murder and hanged. In the opening chapter of his engrossing McGee biography, Wilson mentions just two other victims of assassination in Canadian history: Pierre Laporte, murdered by the FLQ in 1970’s October Crisis, and Tara Singh Hayer, a Surrey, B.C., newspaper publisher killed in 1998, after years of speaking out against Sikh separatist violence.