Stephen Maher on how the new NDP leader has misstepped and misfired, causing friction inside his party as it falls behind in Ottawa 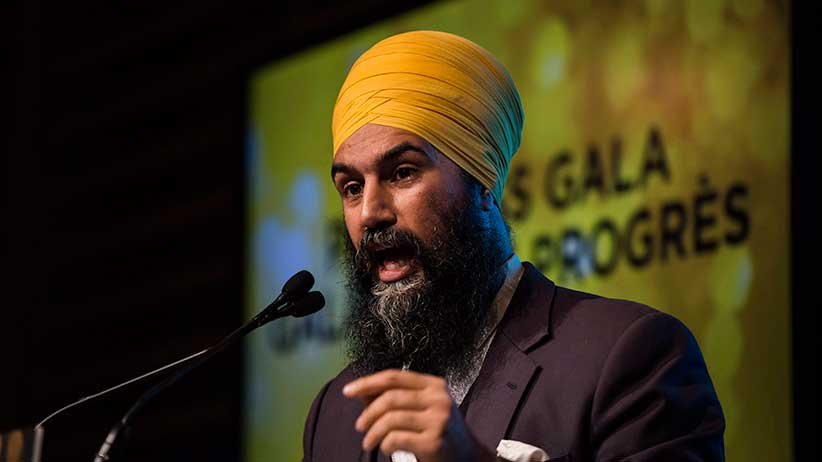 Welcome to the bigs, Mr. Singh.

On Oct. 2, the day after Jagmeet Singh became leader of the NDP, he did an interview with Terry Milewski on CBC-TV. At the end of the interview, Milewski asked him to denounce Talwinder Parmar, the terrorist behind the 1985 Air India bombing, which killed 329 people, mostly Canadians.

Singh dodged the question repeatedly, suggested that Parmar might not be responsible for the bombing, and in a later scrum said that the question was racist.

Viewers complained to CBC about the segment, but on Dec. 6, the CBC ombudsman found, correctly, that Milewski, who has been covering the Air India tragedy for decades, was posing “a relevant journalistic question.”

So, in his first day in Ottawa, Singh failed to denounce a terrorist and made an unfounded accusation of racism. He looked like a talented rookie called up from the AHL complaining to the ref after his first time in the corners of a big rink.

Singh is an appealing, ambitious 38-year-old, and there is a large, friendly constituency open to his leadership, but his previous political experience as deputy leader of the Ontario NDP has not prepared him for this job, and he has surrounded himself with inexperienced loyalists.

READ MORE: Jagmeet Singh and the shunning of Parliament

Longtime New Democrats are watching with concern. The new leader, who does not have a seat in the House of Commons, is spending a lot of time on the road, not a lot of time in Ottawa, which is—duh—where all the cameras are. He has no plans to run for a seat any time soon and his message, delivered to regional media outlets, often diverges from the message his caucus is pushing in Ottawa.

Singh is said to be a quick study, but the veterans who ran the operation for Jack Layton and Tom Mulcair are gone, meaning there is nobody on the coaching staff who can point Singh in the right direction.

On Nov. 6, at a get-to-know-the-new-leader meeting for NDP staff, Nasha Brownridge, the president of the union local that represents NDP workers on the Hill, asked Singh about banked overtime issues for staffers who were laid off during the election. Singh misunderstood the question and told the shocked staffers that politics sometimes requires people to work after 5 p.m. He later met with Brownridge to apologize, and she sent an email to staff to clear the air, noting “much concern and upset” among her brothers and sisters. This is not how things usually work in NDP-land, and someone leaked the email.

There are signs that Singh is also causing concern and upset in the caucus that, when he happens to be in Ottawa, he is supposed to lead. Last Wednesday, Singh told reporters that he thinks that a judge who speaks an Indigenous language but not French should be eligible for appointment to the Supreme Court, contradicting longstanding NDP policy. When MPs arrived later for question period, they flatly contradicted him, and he issued a statement reversing himself.

The NDP beachhead in Quebec, which was won after years of patient work by Layton, Mulcair and dedicated Quebec lefties, is in danger of disappearing in the next election.

Quebecers, like the French, are uneasy with open displays of religiosity, and Singh wears a turban. The Bloc, which takes it cues from the increasingly anti-immigration Parti Québécois, can be expected to jab at Singh’s religion in an effort to win back voters it lost to Layton.

The Quebecers in Singh’s caucus ought to be considering their career choices, given the polls, which show the Liberals poised to make gains in Quebec. Those MPs need Singh freelancing on bilingualism like they need an unnecessary penalty at the end of the third period.

And other NDP MPs are finding it hard to explain Singh’s proposal to decriminalize hard drugs. There is solid academic research to suggest this is a good idea, but it sounds better on Queen Street West or Vancouver’s east side than it does in Jonquière or Churchill.

The biggest debate in Ottawa since Singh became leader has been about taxes, including tax evasion. This should be an easy one for the NDP, since the party attacked the previous government, and the one before that, for not taking action on tax havens.

Somehow, though, they have been elbowed out of the way by the Conservatives, who are managing to portray themselves as the party fighting for the working class against the elitists in the Liberal party, with Pierre Poilievre, champion of the downtrodden, leading the way.

It’s Singh’s job to get his party into the story, and he has failed to do that, largely because he is not only not in the House of Commons but not even in Ottawa, which is where, again, all the cameras are.

Singh does not have a chief of staff or director of communications yet in place. He is too often out of step with his caucus. His party is facing the most left-wing government since Pierre Trudeau was in office, which poses a difficult political problem for New Democrats.

The good news is that the election is almost two years away and Singh has a winning way, particularly with young people, who will be more important in the next election than any election in a long time.

But if he wants to play in the big leagues, he’d better start showing the fans that he knows where the net is.