James Moore won't run in the next federal election

Industry minister hopes to spend more time with his family in B.C. 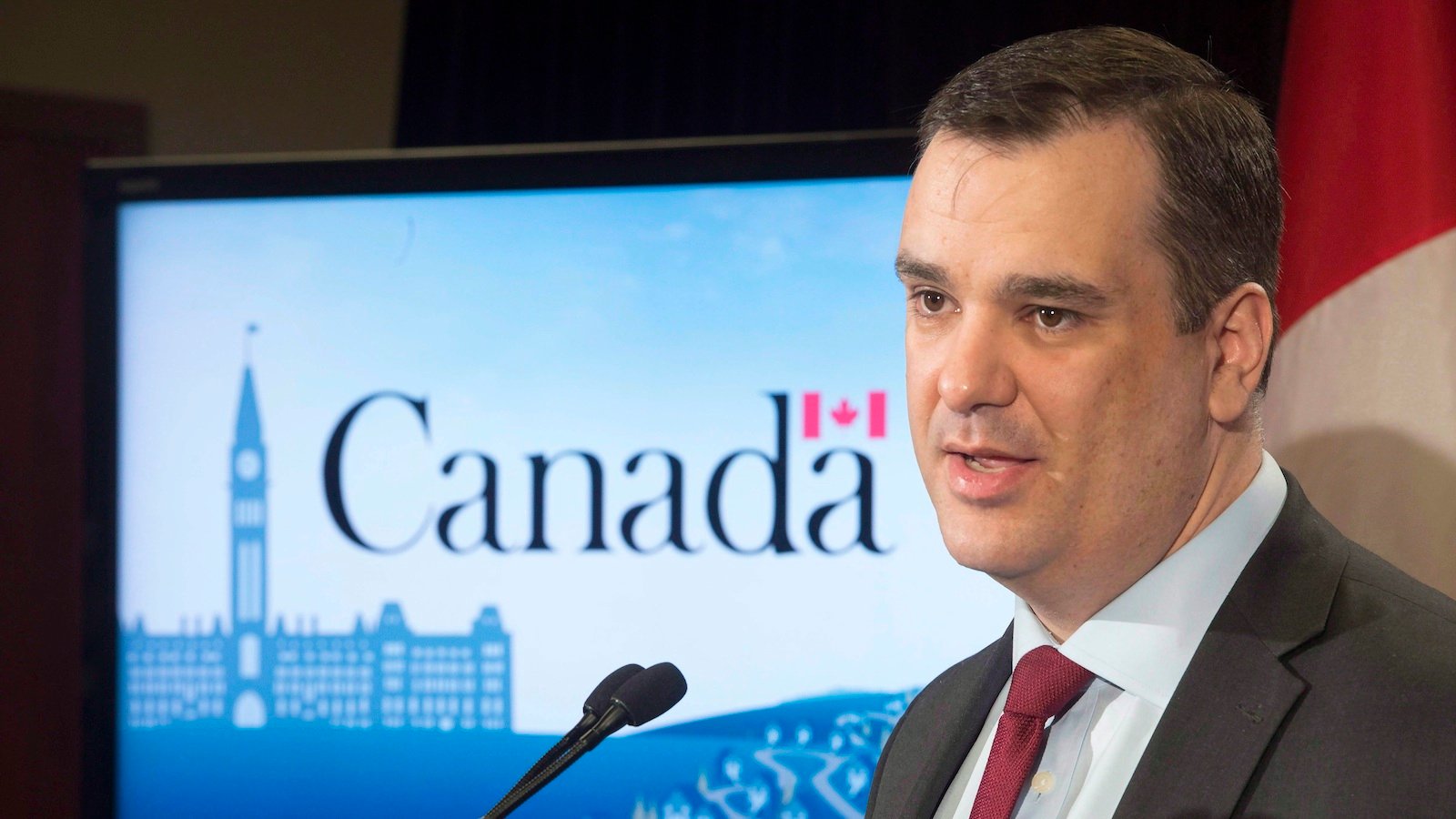 Industry Minister James Moore speaks at a news conference in Toronto on March 6, 2015. The Canadian Space Agency and the Israel Space Agency have joined forces to study two potential space missions, including one to improve maritime safety. Industry Minister James Moore announced Tuesday that two Canadian companies, MacDonald, Dettwiler and Associates Ltd. and COM DEV International Ltd., will be conducting concept studies and that each space firm will receive $300,000 for their work. THE CANADIAN PRESS/Frank Gunn

OTTAWA – Industry Minister James Moore announced Friday he won’t seek re-election in October, leaving the prime minister without one of his most loyal lieutenants heading into the campaign battle.

Moore, 39, cited the health of his young son Spencer as the reason behind his decision to leave federal politics, but his choice was immediately pounced on by critics as ongoing evidence the federal Tories are losing steam.

Moore is the latest in a string of long-time Conservative MPs bowing out for this campaign, and among the longest serving from British Columbia, a province considered very much in electoral flux.

“Balancing family responsibilities while in public life is always a challenge,” he said in a statement.

“This is particularly true when you have a child with special needs.”

Moore married Courtney Payne, a former adviser in the prime minister’s office, in 2011 and they have a son, Spencer, who has a form of skeletal dysplasia that requires extensive care.

The popular, fluently-bilingual cabinet minister was first elected in 2000 and was among the earliest backers of Stephen Harper’s bid for leadership of the Canadian Alliance and later Conservative parties.

Moore had been considering stepping aside for weeks and had discussed it at length with the prime minister. His decision was cemented following a recent update to his son’s prognosis.

“We fully understand his need to spend more time with his family and wish the minister, his wife Courtney and his son Spencer well,” Harper said in a statement, thanking Moore for his service.

His departure leaves the Conservative cabinet without one of its policy and political heavyweights headed into an election in which British Columbia is expected to be a key battleground.

The main fight is expected to be between the New Democrats and the Conservatives, and recent polls suggest Tory support is softening.

Conservative insiders estimate about 12 seats are in play, while the NDP put it closer to 15.

The other factor in B.C. is the Green Party. In the 2011 election, the party elected its first MP, Elizabeth May, from a riding on Vancouver Island.

Moore won his urban Lower Mainland riding in the 2011 campaign with 56 per cent of the vote, with the New Democrats in second place with 30 per cent.

The NDP candidate this time around is former journalist Sara Norman. It was in a scrum with Norman in 2013 when Moore made a damning comment about the role of the government in eradicating child poverty.

“Is it my job to feed my neighbour’s child? I don’t think so,” he said.

It was a rare misstep for a minister widely respected in Ottawa and in the business community.

“The departure of @JamesMoore_org is a loss to Canadian politics,” said Perrin Beatty, the president of the Canadian Chamber of Commerce on Twitter.

“His work modernizing Canada’s copyright legislation is an important legacy.”

Moore has been industry minister since 2013, responsible for updating copyright legislation, selling off Canada’s shares in GM and managing the lucrative auctions for wireless spectrum.

He was handed that portfolio in 2008 at a sensitive time for the Conservative government — right after an election in which the Conservatives saw their support in Quebec plummet because of comments Harper made about the arts community.

At Heritage, the fluently bilingual Moore was responsible for repairing that damage and for a time after the 2011 election, Ottawa insiders joked he was the de facto sixth Conservative MP from Quebec.

Moore has long been rumoured to have leadership aspirations and even among Harper’s inner circle is consider a potential successor to the prime minister.

In 2004, he was one of only a handful of Conservatives who voted in favour of same-sex marriage.

Moore’s departure follows an announcement by Justice Minister Peter MacKay earlier this month that he would not run again. Earlier this week, popular Alberta Conservative MP, James Rajotte, also declared he was standing aside.