Jane Philpott: On Canada's own crisis of separating kids from parents 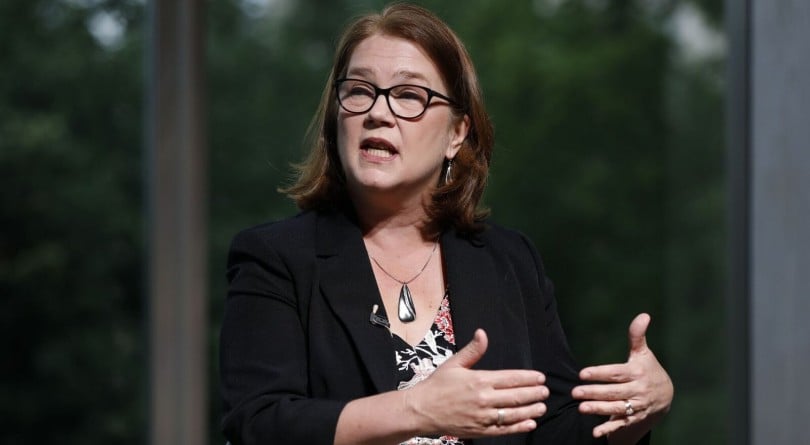 In a week when the disturbing spectacle of U.S. border authorities taking children away from their parents generated international outrage, federal Indigenous Services Minister Jane Philpott talked about the urgent need for Canada to implement reforms so that far fewer Indigenous children are taken from their parents by child welfare authorities and put into foster care.

In a wide-ranging interview with Maclean’s senior writer Paul Wells, broadcast as a Maclean’s Live event by CPAC, Philpott framed the issue of Indigenous child services as one of her most pressing priorities. She said that when Prime Minister Justin Trudeau commented earlier today that the U.S. practice is “not the way we do things in Canada,” he was referring only to the way asylum-seekers are treated at the border. (Trump later signed an executive order to end his administration’s widely reviled policy of splitting up migrant families.)

Philpott said Trudeau “would totally agree” that Canada faces its own terrible problem when it comes to rates at which Indigenous children are taken by child welfare services. She said the severity of the issue became clear to her soon after she took on the newly created Indigenous Services portfolio last summer, when the Assembly of Manitoba Chiefs briefed her on the fact that about 400 Indigenous babies are taken from their mothers every year in their province alone.

“The reason the child would be taken from her may be because she was a child in foster care herself, or because she’s too poor, or because she doesn’t have a private room for that baby,” Philpott said. She spoke about one mother who had lost four children to foster care: “Her dream was to be a mother and the world was against her right from the start, partly because she had grown up in care herself and never had the opportunity to be built, to be prepared, to be a successful mother.”

Still, Philpott was careful to say that she doesn’t believe provincial child welfare agencies are acting maliciously. Asked by Wells if some children need to be taken from their parents to be kept safe, she said, “Surely there are better ways of addressing our concerns about that child. Surely we can find ways that if there’s an aunt or grandmother that wants to care for that child in their culture and community we should support that aunt or grandmother.”

And she touched on the sensitive issue of substance abuse by the parents as one reason child welfare authorities often feel they need to step in. “Surely if the parents are, for instance, dependent on substances, and for that reason someone is anxious about the baby, well, the worst thing you can actually do to a person who is dependent on substances is to rip apart from them the very thing they may love the most in the whole world and add to their trauma.”

She went on to plead: “Can we not find ways to provide treatment for those parents, who may have addiction or other health issues, and somehow keep that family bond with the child, which will in fact lessen the psychological pain and therefore lessen the dependency on substances?”

Philpott said one concrete reform her department is already implementing is to eliminate perverse incentives that allocate funding to agencies based on the number of children in care. She said the change will make sure child welfare agencies know they can get more funding by keeping children out of foster care. Back in January, Philpott  convened a two-day summit to discuss the child welfare issue with Indigenous leaders.