Jet plane politics: Is this the moment the Liberals take flight?

The eternal F-35 debate has hit the campaign trail with engines blazing, further complicating what we thought we knew about left-right parties 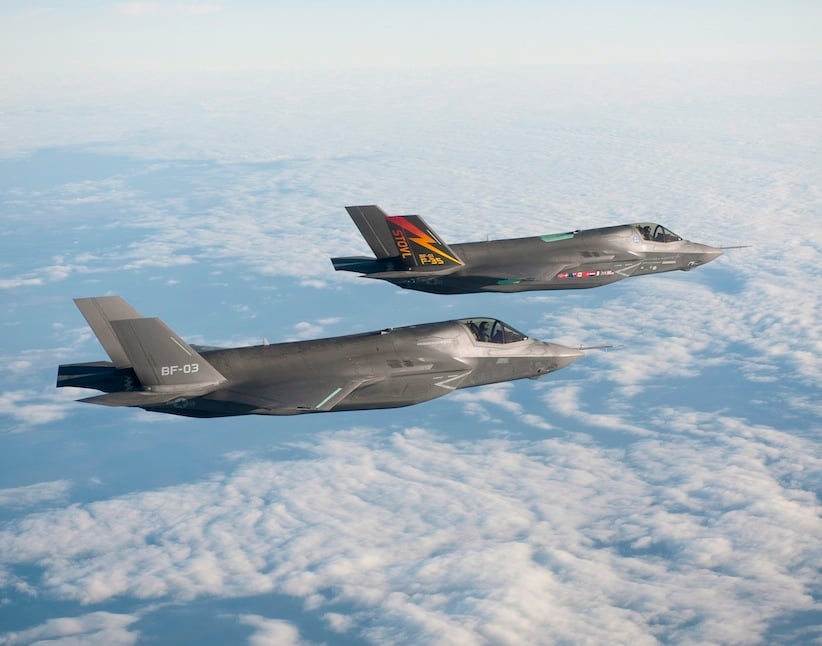 A month before the 2011 federal election, Jack Layton stopped in Esquimault, B.C., to describe his party’s plan for military procurement. “This defence plan starts with making Canada’s joint support ships a procurement priority, not fighter jets,” the then-NDP leader said. A Layton government would not buy F-35 fighters. It would concentrate on naval procurement.

This past weekend, Justin Trudeau made approximately the same pledge on behalf of the Liberals. He was promptly lectured by his elders for his irresponsibility. Elders, plural, for Tom Mulcair was as exasperated with Trudeau as Stephen Harper was. I wonder whether it wasn’t one of the most important moments of this wild campaign.

“It no longer makes sense, if it ever did, to have a stealth, first-strike capacity, fifth-generation fighter,” Trudeau said. “There are many other fighters at much lower price points that we can use.” He boasted the support of retired Gen. Andrew Leslie, an Ottawa-area Liberal candidate.

No matter. Harper, who has been trying to buy CF-18 fighter replacement jets since Trudeau was a lad, could hardly believe his ears. “The Liberal party is living in a dream world, if they think we can pull out of the development project of the F-35 and not lose business,” Harper said. “I don’t know what planet they’re living on.”

But it was Mulcair’s response that was the most telling. By rejecting one of the bidders in an open bidding process, Trudeau was betraying a “complete lack of experience,” Mulcair said. “How can he decide the result in advance of the process? You can’t do that.”

Related: Our primer on defence spending, one of the election’s big issues

There aren’t a lot of people familiar with procurement who were impressed with Trudeau’s claim that he can get more jets for a lower cost by declaring the F-35 ineligible from the outset. “Sure looks like the Liberals don’t have a clue about the fighter-aircraft market. In fact, it looks like they don’t give a damn about realities,” foreign affairs blogger Mark Collins wrote. “Cloud cuckoo land.”

But it’s not as though Trudeau’s opponents are standing on perfectly solid ground, either. The F-35 development process has been racked with difficulties and setbacks. The Harper Conservatives had to admit, after the 2011 election, that they had badly underestimated the lifetime cost of the F-35 project, and have claimed since then to have no opinion on which jet should replace the aging CF-18 fleet. Harper sure sounded on Monday as though he has a favourite candidate.

Mulcair is in an interesting fix, and not for the first time. Just as when he found himself defending budgetary orthodoxy against Trudeau’s plan for repeated multi-billion-dollar deficits, Mulcair sounds solidly to Trudeau’s right on fighter procurement. If you think ambitious infrastructure spending is worth a deficit, you have one choice in this election. If you think the CF-18s should not be replaced by a troubled, untested Cadillac replacement, you have one choice. Conservatives were saying Trudeau’s rhetoric on fighters sounded like Jean Chrétien’s on marine helicopters in 1993. I’m not sure it’s an ideal comparison for Conservatives. Chrétien won that election, and it took nine more years after the Liberals finally lost power before the Harper government finally took delivery of the first Sea King replacement choppers.

Related: In this 2015 election, the political spectrum is being redrawn

When this campaign began, the Trudeau Liberals were solidly ensconced in third place behind the Conservatives and, especially, Mulcair’s surging and newly credible NDP. The NDP made an obvious and reasonable strategic choice: that the next gettable NDP voter lived closer to the ideological centre than any NDP voter bloc ever had, and that Mulcair could squeeze the Liberals into oblivion by going for that moderate centrist vote. Trudeau, painted into a corner, walked over the paint and sought ground Mulcair had abandoned. Increasingly, that choice seems to be paying dividends for the Liberals.