Jim Flaherty's toughness was real, but not the whole story

John Geddes on an unguarded moment with the former finance minister 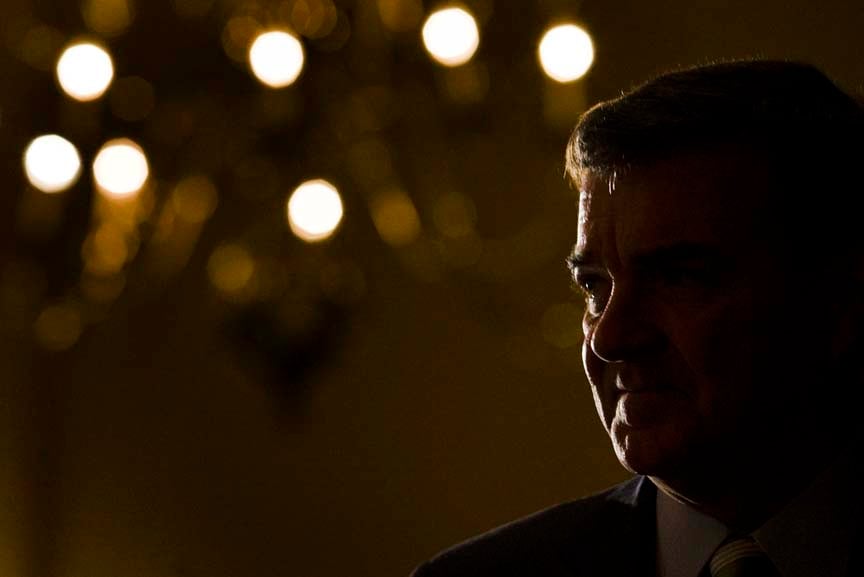 On today’s news of Jim Flaherty’s death, many who worked closely with him will be remembering what an upbeat and unflagging sort of politician he was in the most memorable days of his marathon run as federal finance minister. I’m thinking of the way former Conservative MP Ted Menzies—who worked at his side for years, first as his parliamentary secretary and later as minister of state for finance—spoke of Flaherty last month when he resigned after more than eight years as Stephen Harper’s most powerful minister.

Menzies told me then he was in no doubt that Flaherty’s most shining moment came in early 2009, when in response to the global economic crisis, he pushed through a massive stimulus spending package against serious internal opposition. “A lot of Conservatives were saying, ‘What are you doing spending taxpayers’ money like this, just because it’s a recession?’ Jim Flaherty recognized what we needed to do, so we wouldn’t see massive job losses. As fiscally conservative as he was, he could see that and make those tough, tough decisions,” Menzies said.

On a more poignant note, Menzies talked of how Flaherty stoically endured the illness that hit him hard, as anyone could see, over the past year or so. “Health problems challenged him, but never once, as much time as I spent with him, never once did the man complain. He just worked, bulled his way through it—typical Irishman. He wouldn’t tell you what was wrong, he’d just tell you how he was going to fix things. I had the greatest respect for him as a person, and as a finance minister.”

As a reporter, I almost never got the sense that Flaherty was letting his guard down. But an exception sticks in my mind. On a November evening in 2011, Flaherty stopped by the annual Maclean’s Parliamentarian of the Year reception at Ottawa’s iconic Chateau Laurier. He had recently been in Beijing and, in what was clearly an off-the-record conversation, he spoke to me at some length and with surprising urgency about what he had heard from Asian government and business leaders about their fears concerning the big economic worry of that period, Europe’s prolonged debt crisis.

Around that time, Flaherty had been publicly voicing, and rather unsparingly, his view that European governments simply needed to do more—and spend more—to stabilize their own situation. But in that private conversation, his tone was far more forgiving. He sounded to me entirely the seasoned, professional politician who fully understood and sympathized instinctively with the enormous pressures his counterparts in Europe were undoubtedly facing. It was a sort of inside-the-guild tone.

During those testing years, after the market meltdown of 2008, he was one of Ottawa’s two dominant figures in economic policy. The other was Mark Carney, the suave Bank of Canada governor who has since gone on, of course, to take on the same role for the Bank of England. The contrast between them was striking. Carney was (and remains) the most polished of cosmopolitans. Flaherty styled himself an Irish scrapper and carried the right-wing populism of Ontario’s Mike Harris government, in which he first rose to prominence, undiminished into his Ottawa persona.

This now looks in hindsight like a potent combination of complementary types. Carney impressed all with the smooth way he handled himself on the world stage. But Flaherty, as Menzies reminds us, was the sort of determined political customer who would get his way inside his own fractious partisan tent—no small asset to Harper when contentious moves were required.

And, as I learned listening to him that evening at the Chateau, Flaherty’s own experience with the unforgiving exigencies of political life, far from hardening him, left him with a feel for what his political peers, even in distant countries, were up against—which I suspect must also be a valuable quality.

There will be tributes that highlight his tenacity and toughness, no doubt accurately. But I’ll be listening for those with anecdotes to tell that cast Flaherty as intuitive and empathetic, too.