Jody Wilson-Raybould will be heard, but will she say anything?

Politics Insider for February 20: Wilson-Raybould to testify, the coming 'he said / she said' battle between Trudeau and his former justice minister, and how does principal secretary David MacNaughton sound? 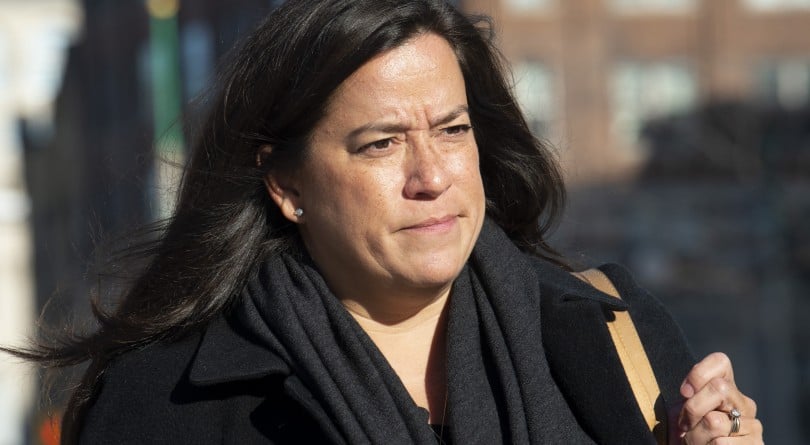 For two weeks Canadians have been looking for clear answers as to whether former attorney general Jody Wilson-Raybould was pressured by the Trudeau PMO to help Quebec engineering giant SNC-Lavalin avoid criminal prosecution, and for two weeks one of the only people who could provide those answers, Wilson-Raybould herself, has largely remained silent. Any hopes that Wilson-Raybould’s first appearance on the Hill since the controversy erupted might bring clarity were soon dashed.

Wilson-Raybould asked to speak with Prime Minister Justin Trudeau‘s cabinet, but that discussion was held behind closed doors and, well, “cabinet confidentiality.” Then she took her seat in the front row of the government benches and looked either ahead, or down at her three phones, while Trudeau attempted to swat away opposition questions about her, SNC-Lavalin and Gerald Butts‘s resignation as principal secretary the day before. In between she briefly answered reporters questions about the controversy while on her way to an elevator: “As I think people can appreciate or should appreciate, the rules and laws around privilege, around confidentiality, around my responsibility as a member of Parliament, my ethical and professional responsibilities as a lawyer are layered and incredibly complicated.” (CTV News)

She did pop back out of the lift in response to a question about whether she was still a Liberal—”I am a Liberal member of Parliament, thank you“—but didn’t bite at the follow-up: But will you run as a Liberal in the next election? (CBC News video tweet)

Next for Wilson-Raybould is testifying to the Parliamentary justice committee that’s looking into the SNC-Lavalin affair. After initially resisting opposition demands that she be invited to speak—Liberal MP Liberal Randy Boissonnault had earlier accused Conservatives of engaging in a “witch hunt” while his fellow Liberal committee member Iqra Khalid said it was making hay “out of nothing“—the Liberals on the committee reversed course and agreed to a new list of witnesses. Joining Wilson-Raybould will be lawyers, law professors, civil servants and a judge. (CBC News)

Not on the list, much to the dismay of opposition members: Gerald ‘nothing happened but I’m still resigning’ Butts.

It’s wishful thinking to believe the departure of Butts will create a firewall for Trudeau against the SNC-Lavalin controversy, writes Andrew MacDougall, especially if this descends into a he said / she said battle:

Everything might come down to Trudeau’s word—and that of the players in his office—against that of Canada’s first female Indigenous justice minister, and that of her staff.  Job one for Trudeau will now be to make sure as much of the battle takes place behind closed doors, away from prying reporters, or anyone else who could transmit the details to Canadians in real-time. A forum like an Ethics Commissioner’s investigation, which usually takes lots of time and leaves no lasting marks, as the investigation into Trudeau’s law-breaking Aga Khan trip proved. (Maclean’s)

Trudeau didn’t only lose his most trusted advisor when Butts stepped down, but one of the driving forces behind the government’s double-headed approach to energy and the environment, writes John Geddes:

Even environmentalist activists who strongly object to the Trudeau government’s approach to the energy-and-environment file don’t doubt that Butts is a believer. “They’ve lost a voice on climate change. His commitment is absolute,” Bruce Cox, who was executive director of Greenpeace Canada from 2005 to 2014, said in an interview.

It’s worth noting that Cox says this even though he rejects the way the Liberal government tried, with Butts as its pinnacle strategist, to balance support for Alberta’s oil sector with a national plan to cut greenhouse gas emissions. “I mean, we’re in a climate crisis and they’re buying a pipeline,” Cox scoffs. He’s referring, of course, to the federal government’s $4.5-billion purchase last spring of the Trans Mountain pipeline—which runs from Edmonton to Burnaby, B.C., just up the coast from Vancouver—in a bid to complete a stalled project to triple its capacity.

Still, buying the pipeline was, Cox concedes, consistent with what Butts has said in private conversations: “He believes—he’s said it to me personally—that we’re going to pump the oil, but we’re going to do it responsibly and properly.” (Maclean’s)

Another Liberal MP has called it quits. New Brunswick MP T.J. Harvey said he won’t run for reelection this fall, opting instead to return to the private sector. (Twitter)

Canada’s ambassador to the U.S., David MacNaughton sat with Paul Wells for the latest #MacleansLive interview on Tuesday night. Near the end Wells asked MacNaughton if replacing Butts as Trudeau’s principal secretary might be a job for him. Here’s MacNaughton’s nearly two-minute answer where he says a lot of things, but not ‘No’. (Twitter)

Watch the whole interview, in which MacNaughton talked trade, tariffs and why he was telling Canadian officials Donald Trump could win in 2016.