Joe Oliver sails one over the plate 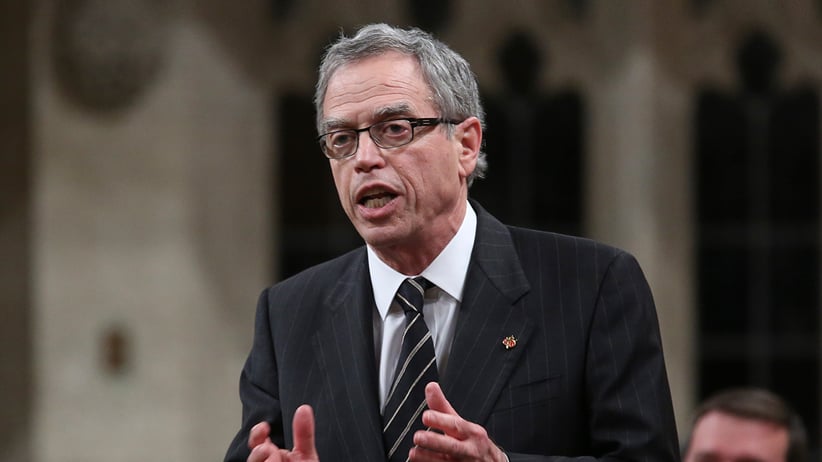 What’s the next election going to be about? Personality, says one column this morning. Terrorism, says another. Or we could just ask Stephen Harper. Here is the Prime Minister at his Calgary Stampede barbecue speech this July:

“So, friends, under our government, we have trade expanding, employment growing, and finances solid; . . . Canada never stronger in the global economy.

“And, given this situation, what next?

“The Opposition will say, now, let’s spend and spend and spend . . . But, next year, we will use the fiscal room to do what we promised, . . . Cut taxes for hard-working Canadian families!”

[Emphasis added, of course.] This fits everything I know about Stephen Harper: Having been elected once, he does not ever plan to run for re-election on some bold new plan. He is (readers will vary in the extent to which they want to take this literally) the devil you know. In 2008, a senior adviser to Stéphane Dion, who is today a senior adviser to Liberal Leader Justin Trudeau, wondered over drinks at Hy’s what big, bold, new project Harper would come up with to compete for voter attention with Dion’s Green Shift. “We’ve got the environment,” Senior Adviser said. “I think maybe he’ll take health care.”

In 2015—because I am here to tell you the next federal election will be in October of 2015—Harper’s big project will be to tell everyone that the others’ new project—a new era of activist government—will be ruinous. He will not need a personality. He will not need terrorism. He may not win. But I’m telling you, this is the play.

Exhibit A is Joltin’ Joe Oliver, whose fall economic update today solidly sets up the circumstance Harper was describing in his Stampede speech. The federal government will return to budget balance in the next few months and announce a wee surplus in the next budget, the last before an election. The surplus will be just large enough to permit a few more targeted (nigglingly, persnicketily targeted) tax cuts in the budget. And a whisper of new spending—Harper having understood, better than any of his predecessors, that a government spending $10 million on a popular target receives about as much political credit as a government spending $10 billion would have. But basically, it’s hold-the-line on spending. And, as Oliver repeated again today, all while federal tax revenues as a portion of GDP are at their lowest in my lifetime.

All the Conservatives need to do, then, is point out that the other parties want to roll back these tax cuts to finance new programs. Oliver predicted as much from Trudeau: “Justin Trudeau has already announced he would repeal some of our family tax cuts and may repeal the others . . . Taking money out of the pockets of middle-class and lower-income Canadians does not sound like a winning platform to me. But hey, that’s what he said.”

Oliver didn’t make a similar prediction about Tom Mulcair, but if he had, it’d already be coming true. The NDP leader said there will be no surplus, calling the announced surplus “a mirage” because it’s made possible by cuts to programs Mulcair likes. There’ll be even less of a surplus if Mulcair plans to reverse those cuts.

I’m tempted to say the next election campaign is already on, but I’ve been saying that since September. Its contours are clear. If you want bold government, doing new things to help Canadians in new ways, vote NDP or Liberal. If you want someone to remind you what that would cost while they continue a half-decade of progressively constraining the ability of any future federal government to expand its role, vote Conservative. It’s pretty much that simple.