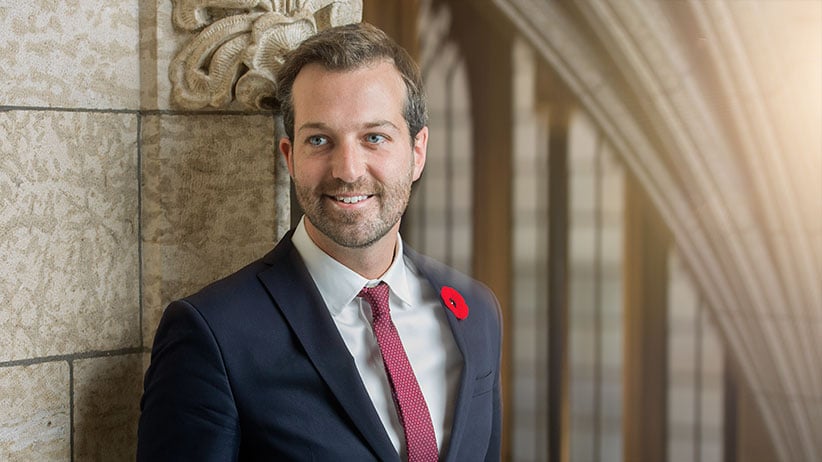 Before question period each day, Joël Lightbound escapes from Centre Block, or at least to the hallway, and listens to the hit single Can’t Hold Us by Macklemore and Ryan Lewis. “That’s been my little recipe,” he says.

The rookie MP for Louis-Hébert in Quebec City, Lightbound is already in the public eye on a daily basis as parliamentary secretary to the finance minister. The MP has two modes: lawyer Lightbound, a McGill alumnus; and serene Lightbound, who grew up meditating and learning chakras. “The funny thing about Joël,” says executive assistant Filip Novaković, “he gets a boost of confidence out of nowhere suddenly. He has that fire that gets turned on.”

Lightbound was elected at 27, but he’d been politically engaged since calling a radio show in second or third grade to denounce the mayor for removing a small ski hill. Years later, at 4 a.m. the morning after the election, Lightbound’s first encounter with a constituent was an awkward cab ride with a Conservative driver who didn’t recognize his passenger and complained he’d need to leave Canada to flee the new Liberal era. Embarrassment persisted when Lightbound was ordering an iced coffee at a drive-through and received a call, with his friends packed into his Audi. “Guys,” he told them, “it’s the Prime Minister.”

Justin Trudeau was calling to appoint him parliamentary secretary to Bill Morneau. These days, music grounds him, and in July he invited the rest of the House to the Festival d’été de Québec. He promised the Tories would find country music, the NDP would enjoy accessible prices and as for his fellow Liberals, “I’ll just talk to the whip.”

FILED UNDER: Editor's Picks Joel Lightbound Parliamentarians of the Year 2017