John Crosbie found himself in the House of Commons foyer yesterday afternoon. The 83-year-old cabinet minister, who served as Joe Clark’s finance minister in 1979 and several other portfolios during the Mulroney era, is a proud Newfoundlander. He was on the Hill as Newfoundland and Labrador celebrated 65 years in Confederation. Crosbie attended Question Period and scrummed with reporters afterwards. 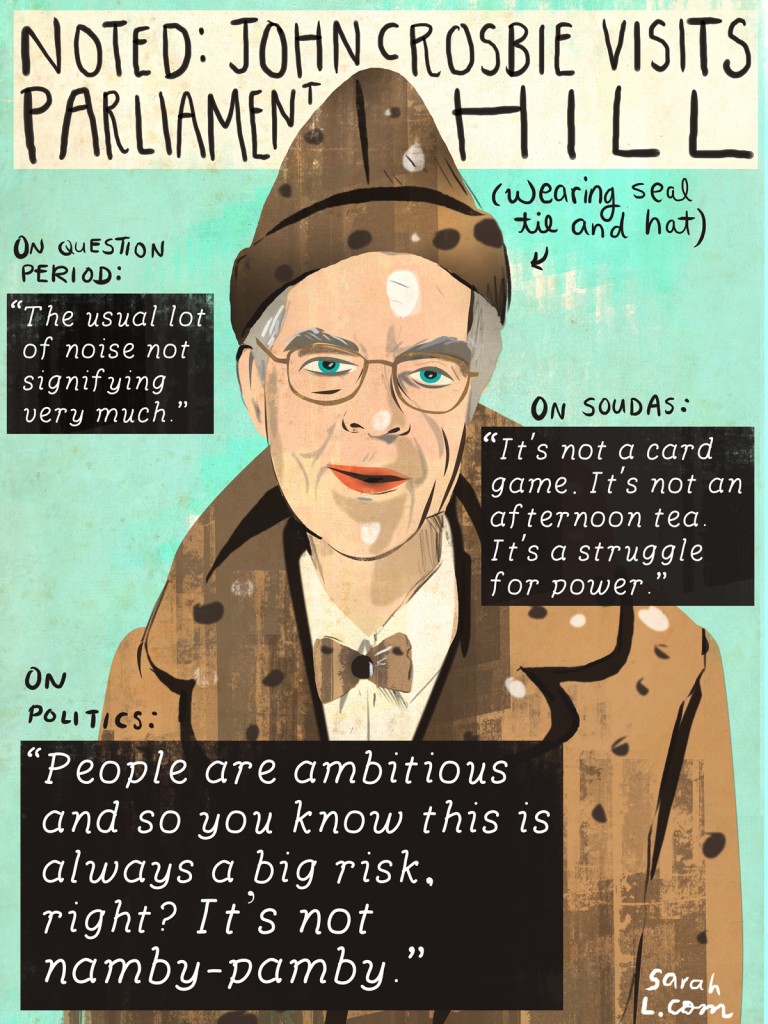