Justin Trudeau gets a standing ovation from ... a mining conference? 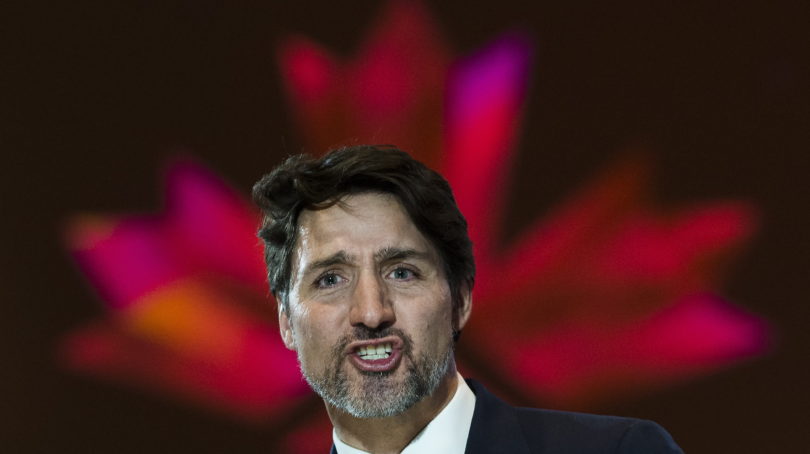 “Look at that, a standing ovation,” said Prime Minister Justin Trudeau as he addressed party faithf—oh, wait, that was a mining conference? At a prickly moment for Canada’s resource sector, Trudeau addressed the Prospectors & Developers Association of Canada in Toronto. The response to many of the PM’s applause lines was polite, but he had the crowd on its feet as he announced the feds were extending a tax write-off for electric off-road vehicles—including, you guessed it, fleets used by mining companies. (Worth noting: The Mining Association of Canada, which applauded the write-off news and credited the Liberals with “enhancing” the sector’s “competitiveness,” has been the fourth most active lobbying group since the last election.)

Not to be outdone, Ontario Premier Doug Ford also brought his own natural resources minister, former Harper cabmin Greg Rickford, to the conference. They announced deals with two First Nations on a road to the so-called Ring of Fire region rich in mining resources.

Peter MacKay wants to bring down the government: A fundraising letter from the MacKay camp, so often the weapon of choice for provocative promises, says Conservatives “need an election in October,” only a year out from Canada’s previous trip to the polls. MacKay isn’t the first to pledge a quick election: Marilyn Gladu, always a possible dark-horse candidate, has promised the same. Erin O’Toole has since made an identical commitment.

Of course, any Tory who wants to topple the Liberals needs the support of the NDP and the Bloc Québécois. A vote in the vicinity of a U.S. presidential election isn’t entirely uncommon—Canada went to the polls in the falls of 1988, 2000 and 2008. The Liberals don’t seem to mind the brinksmanship.

Paul Wells flew to Los Angeles, where he witnessed a Bernie Sanders rally replete with celebrities, including Public Enemy and Sarah Silverman and a 94-year-old Dick Van Dyke. But it wasn’t really about the celebrities, or even Sanders’s competitors, come to think of it:

Sanders doesn’t really run against the other Democrats, or measure his progress by theirs. During the two and a half hours of the rally, nobody mentioned Buttigieg, or Joe Biden or Elizabeth Warren. And it soon became evident that the slightly bedraggled delegation from the world of show business was not more important to the success of the event than the speakers from labour unions, NGOs, and, well, Chile.

Suncor has a new oil sands proposal in its infancy, a 200 sq.-km. project attached to its existing operations just north of Fort McMurray. The Impact Assessment Agency of Canada has opened the door to public comments—including Indigenous communities. Suncor’s project description says the company has spoken to eight Indigenous groups—many have already flagged serious potential concerns—and lists another 11 that might want to have their views known.

Four more months: A Quebec judge has granted a federal request for an extension on amending the federal law on medically assisted dying. Quebec Superior Court Justice Christine Baudouin gave the Liberals until July 11 to pass changes into law—but still said Canadians who sought access to medically assisted death, but whose death wasn’t “reasonably foreseeable,” could apply for an exemption from the law.

Finance Minister Bill Morneau will jump on a call with his G7 counterparts today to talk about the global economic impact of COVID-19. That call comes a day after the Public Health Agency of Canada imposed new restrictions on travellers from abroad: anyone coming from Iran will be asked by officials at airports to self-isolate for two weeks, even if they’re not showing symptoms.

The Royal Canadian Mint is currently flaunting a 10-kg gold coin at the same mining conference where Trudeau made his speech. The coin is a test version that will never be sold. But if it were, this hunk of 99.999 per cent pure gold would fetch about $840,000. The Mint will eventually produce up to 10 of these for collectors. Here’s how the coin looks compared to a normal human head. Hopefully this massive coin doesn’t share the fate of its larger, even more valuable predecessor—a million-dollar coin worth $5,8 million, stolen from a German museum in 2017—a whodunit worthy of Hollywood.