Justin Trudeau has only one option now: fight

Stephen Maher: If he hopes to keep his job in October, the PM has to start swinging, going after Jason Kenney and Doug Ford as remorselessly as they are going after him 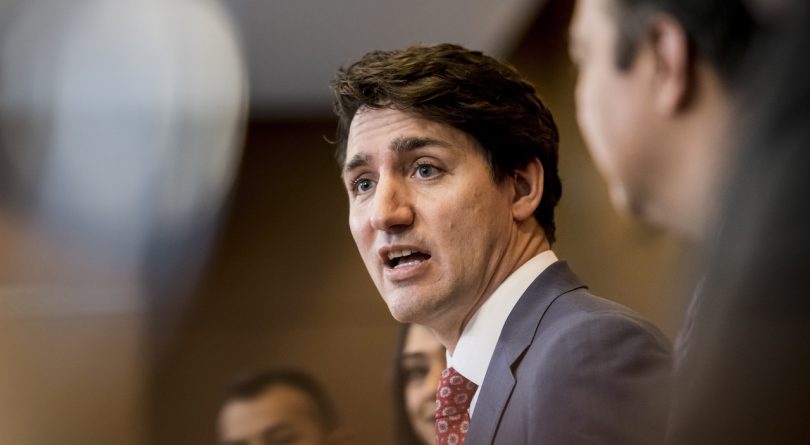 Jason Kenney is about to become premier of Alberta because he managed to make the election into a referendum on who had a better plan for his province: him or Justin Trudeau. Until October, Trudeau will have to return the favour, campaigning against Kenney in the rest of the country, using Kenney as a rhetorical punching bag, just as Kenney used him.

Polls show that Albertans liked Notley better than Kenney, so it made sense for Kenney to run against Trudeau, promising to bring an end to the “Notley-Trudeau alliance” on pipelines and emissions.

The success of Kenney’s strategy poses a challenge for Trudeau, who now faces five premiers sworn to do whatever they can to stop him from imposing a national emission-reduction plan.

Politics is mostly about how people feel, so the fact that arguments against the tax are misleading and weak is immaterial. English Canadian Conservatives are united in opposing the carbon tax, which makes political sense, since it is a boogeyman that can unite suburban commuters and rural resource workers in opposition against a government that is reaching into their wallets.

READ MORE: Alberta’s election, and the ugly politics in store for Canada

But unlike Kenney, Doug Ford or Andrew Scheer, Trudeau needs the votes of environmentally minded Canadians who have other options on their ballots in October. If the Greens win government in Prince Edward Island on Tuesday, the federal party should get a bump in the polls. The Greens could siphon off votes from Liberals and New Democrats across the country in the October election, just as Maxime Bernier will siphon votes from the Tories.

Now that Jagmeet Singh is in the House of Commons, delivering a message aimed at traditional NDP constituencies, Trudeau is more vulnerable to attacks from the left. The Prime Minister already regularly takes heat for buying the $4.4 billion Trans Mountain pipeline, alienating green-minded voters. Until Tuesday, he could justify that as part of a package deal with Alberta, since Rachel Notley had imposed a carbon tax and a cap on oil sands emissions.

Kenney has promised to kill Alberta’s carbon tax, fight Ottawa’s carbon tax in court and remove the cap on oil sands emissions, promising to accelerate project approvals. Albertans have given him a strong mandate to increase the amount of greenhouse gas emissions the province produces and go after those who would like to reduce those emissions.

Alberta, which still produces most of its electricity with coal, is among the world’s biggest polluters per person. While Notley was premier, Trudeau could say that the province had a plan to cut its carbon output. With Kenney as premier, there is no plan, so the justification for the pipeline to the Pacific is gone.

Taxpayers have already paid for it, though, and the Liberals hope to win seats in Edmonton in October, so it’s hard to imagine Trudeau pulling the plug. If he doesn’t, though, it will be hard to sell himself as a green leader. He must fight Kenney, which will intensify the conflict between Alberta and the rest of the country.

Trudeau has no choice now but to forget about “sunny ways” and start swinging, going after Kenney and Ford as remorselessly as they are going after him. The outcome of the next election depends on whether Trudeau is able to attack the hostile premiers, painting them as white supremacist, sexist knuckle draggers scheming with Andrew Scheer to turn Canada into a dystopia from The Handmaid’s Tale.

Trudeau can count on his opponents helping him, especially if Kenney allows Alberta social conservatives off their leash, but it is not clear that Trudeau will come out on top in the arguments ahead and win in the fall.

The last time a first-term Prime Minister with a majority failed to win re-election was 1935, during the Great Depression, so Trudeau still seems likely to keep his job, but that will depend on him performing better than he has lately managed.

In the SNC-Lavalin affair, Trudeau allowed an internal dispute to escape the cabinet room, dominating headlines for two months, failing to manage his people or his message. At no point in the whole dismal saga did he find a narrative that even his supporters could embrace, leaving the field to his critics on left and right.

Since the departure of principal secretary Gerald Butts, Trudeau seems to be acting as his own strategist, which does not seem to be his strong suit.

The first time he faced off with Kenney, back in 2011, Trudeau was bested by the veteran culture warrior. He will have to do better in the battles ahead if he wants to keep his job in October.