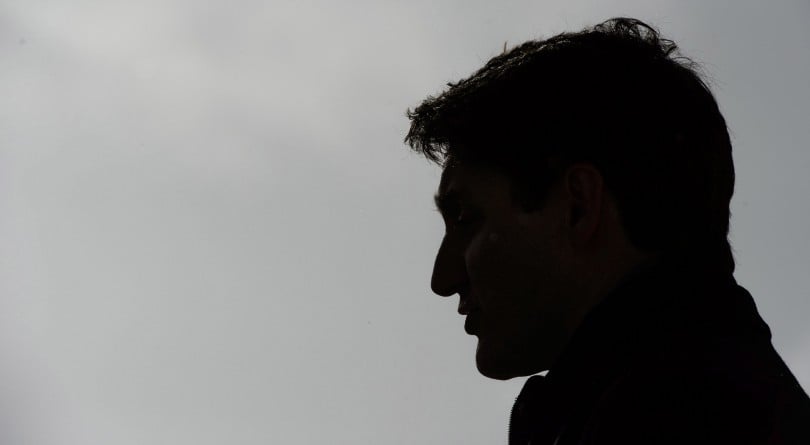 Around federal political and bureaucratic circles, the words “cabinet secrecy” and “cabinet confidentiality”  are often wielded like magic spells. They evoke a mysterious power that echos in the corridors of Parliament Hill, as if just speaking them aloud means certain matters must never, ever be spoken of in public.

Prime Minister Justin Trudeau uttered the talismanic phrases on Friday when he was explaining to reporters why he couldn’t disclose exactly what was said between he and Jody Wilson-Raybould, back when she was still his justice minister and attorney general late last year.

To be more precise, Trudeau was willing to talk about some of what passed between them, just not all of it. The part he didn’t seem to feel was covered by cabinet secrecy had to do with Wilson-Raybould asking if he was improperly ordering her, in her role as attorney general, to give SNC-Lavalin a way out of a criminal trial for bribery, by offering the Montréal engineering company the chance to negotiate what’s called a “remedial agreement” instead.

“There were many discussions going on, which is why Jody Wilson-Raybould asked me if I was directing her, or going to direct her, to take a particular decision, and I, of course, said, no, that it was her decision to make and I expected her to make it,” Trudeau said at a news conference in Ottawa.

But asked by a reporter if he would also say what he told her about his preference for how the high-stakes SNC-Lavalin matter was handled, the Prime Minister used those portentous words. “The discussions were ongoing, including around the cabinet table, which is where cabinet confidentiality kicks in, and cabinet solidarity kicks in,” he said. “So I won’t go into the different elements of the argument.”

According to University of Ottawa law professor Yan Campagnolo, however, Trudeau is picking and choosing what cabinet confidences he wishes to reveal and which he prefers to keep quiet about. Author of The Political Legitimacy of Cabinet Secrecy, an article published in 2017 in La Revue juridique Thémis de l’Université de Montréal, Campagnolo is an expert on the subject. In this interview, he explains cabinet secrecy in the context of the Wilson-Raybould controversy:

Q: What at its core is cabinet secrecy?

A: The purpose of cabinet secrecy is to protect the views and opinions expressed by ministers while deliberating on government policy and action. In a system of responsible government, you have this group of people—the cabinet—who are responsible for setting government policies and actions. Cabinet secrecy is the principle that allows these people, who may have different views, to meet in private, debate and come to a collective decision. Once they have made that collective decision, they can defend it publicly as a group.

A: Yes. They must maintain the support of the House of Commons to remain in power. If they want to be able to maintain the confidence of the House, they must speak with a single voice. They must be united publicly whatever disagreements they may have in private.

Q: But we live in an era when transparency and accountability are almost sacrosanct. What if somebody asked, ‘Why not let disagreements among ministers be publicly known?’ Wouldn’t it be better to be more open?

A:  Along with the confidence convention, solidarity and secrecy are essential components of our system of responsible government. They are part of the DNA of our system, so to speak. If you were to eliminate one of these principles—cabinet secrecy, for instance—you would fundamentally change the system. It would no longer be a system of responsible government. If you don’t afford a certain level of secrecy, a measure of privacy, to ministers in order to meet and reach a consensus on certain issues, it becomes impossible for them to remain united in public. The whole system unravels.

Q: So it’s not just some fusty, archaic, British notion. But you’ve written that it’s not inviolable either. Can you describe a couple of circumstances when it no longer needs to be observed?

A: Cabinet secrecy is first and foremost a constitutional convention. It’s a political rule as opposed to a legal rule. Ministers have a moral obligation to respect cabinet secrecy, and if they breach that rule, they can suffer political sanctions. A minister might be dismissed or be expelled from caucus. But cabinet secrecy is not absolute.

For example, when a minister resigns because he or she disagrees with the position of the cabinet as a whole, he or she can explain the nature of the disagreement. In doing so, to some extent, he or she may be revealing what could be considered cabinet confidences.

After leaving office, a minister or even a prime minister may publish his or her political memoirs, explaining how certain decisions were made. This exception is very well accepted. There is a recognition that it’s in the public interest for former ministers to share their political experience to enrich our historical record.

Q: What about in the heat of moments of controversy?

A: In some specific cases, the government has agreed to voluntarily disclose cabinet confidences when it is in the public interest to do so. We’ve seen that in the cases of commissions of inquiry.

Q: Like the Gomery Commission set up in 2005 and the Oliphant Commission that started in 2008?

A: Yes, exactly. If cabinet confidences are relevant to the mandate of a commission of inquiry launched to shed light on important issues of good government, for example, or serious allegations of government misconduct, it would be counter-productive for the government to refuse to disclose the information. We’ve seen that also in the context of criminal prosecutions of former ministers.

Q: What about right now, with the ethics commissioner looking into the circumstances around Jody Wilson-Raybould’s resignation, or the House justice committee examining other aspects of this episode? Could they be allowed to know what would otherwise be cabinet secrets?

A: There’s no limit on the discretion of a government to disclose its own cabinet confidences. A government can always agree to lift the veil of secrecy.

Q: Today the Prime Minister described an exchange he had with Wilson-Raybould late last year, when she was still justice minister and attorney general. He said she asked if he was directing her about what to do regarding SNC-Lavalin, and he said he told her it was her decision to make. But he declined to speak about what else he said to her on the matter, saying that was a matter of both cabinet secrecy and solidarity. What do you think about the distinction he made between different parts of that conversation?

(This interview was edited for length and clarity.)