'Bold, clear as a bell and progressive,' Lorne Michaels writes of the Prime Minister 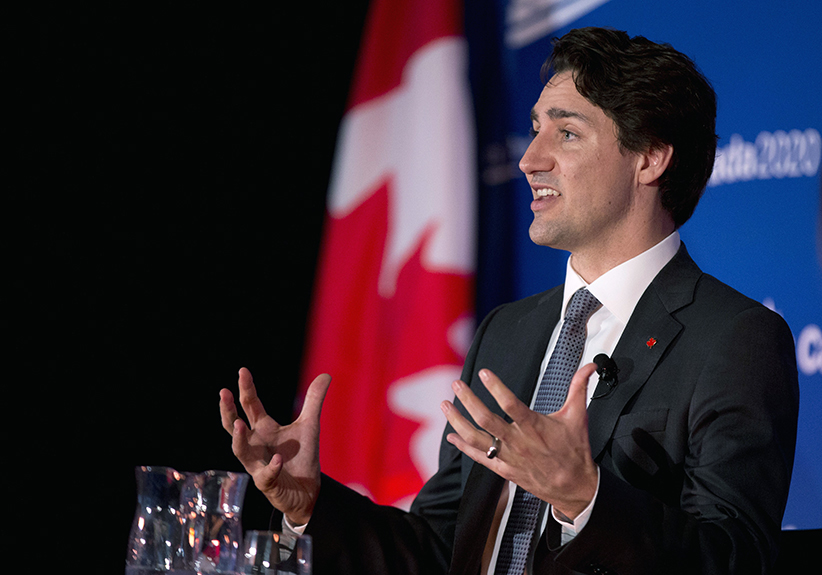 It’s Lorne Michaels who explains why Prime Minister Justin Trudeau shows up on Time’s list of The 100 Most Influential People.

“In many ways Canada is no longer the country I grew up in, but when I hear Justin Trudeau talk, it sounds like my Canada again,” the Saturday Night Live creator tells Time readers. “Bold, clear as a bell and progressive.”

As defined by Time’s Nancy Gibbs, the Time 100 is a measure of the forces at work in the world. “One way or another they each embody a breakthrough: they broke the rules, broke the record, broke the silence, broke the boundaries to reveal what we’re capable of. They are seekers, with a fearless willingness to be surprised by what they find.”

Writes Michaels: “In politics as in show business, there are three things you need to be successful: talent, discipline and luck. Trudeau clearly has the first two. I wish him luck. I believe he will be a force for good.”

These are the days for Prime Minister, en route to New York today where he will join leaders signing the Paris climate agreement on Earth Day. Earlier this week, Trudeau appeared on the cover of GQ where he was dubbed “The Prime Minister of Suave.”

Here is the Justin Trudeau GQ cover the world has been waiting for https://t.co/qIZ4wyCWUU pic.twitter.com/gii2cxpjoh