Paul Wells: Trudeau claims his views on electoral reform have been consistent, but they're incompatible with what he and his party said on the campaign trail 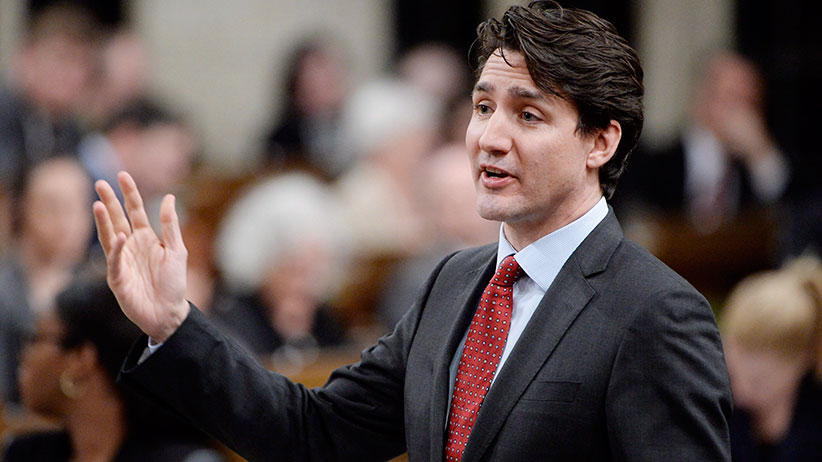 “My responsibility as a prime minister,” Justin Trudeau said to the CBC’s Chris Hall, “is to do things that are good for the country. I came to very clearly believe that a form of proportional representation would be harmful to Canada.”

Great. When was that? After his benighted former democratic-reform minister, Maryam Monsef, held consultations in 2016? No, apparently well before:

“And I’ve been consistent about this for a long time,” Trudeau told Hall, “in debates during my leadership race as well.”

So apparently we are talking about convictions Justin Trudeau held in 2013 and continued to hold—consistently, in a consistent fashion, in the manner in which one normally holds convictions when one is being described by others as “consistent,” which is to say, consistently—throughout the span of time connecting 2013 to 2018.

READ: Trudeau’s zeal for electoral reform fell with his own electoral success

The PM was ready for that one. “They can trust me to put the interests of the country ahead of my own partisan interest to tick a box off my campaign platform.”

Here we have a chance to do some checking. What did Trudeau’s platform say? Here is the section on electoral reform, in its entirety:

“We will make every vote count.

“We are committed to ensuring that 2015 will be the last federal election conducted under the first-past-the-post voting system. We will convene an all-party Parliamentary committee to review a wide variety of reforms, such as ranked ballots, proportional representation, mandatory voting, and online voting. This committee will deliver its recommendations to Parliament. Within 18 months of forming government, we will introduce legislation to enact electoral reform.”

And you know, it’s funny, because the Liberal platform of the day was both voluminous—88 pages—and capacious in its margins, in the manner of an undergrad essay formatted to fill as many pages as possible. And yet in all that white space, the Liberals could not, apparently, find room to add “which we very clearly believe would be harmful to Canada” after the words “proportional representation” in the excerpt above. Formatting is such a delicate thing.

It would have been handy if the Liberal leader had specified before people voted, and before his ministers spent a year consulting them, that he had already privately discarded one of the leading systems of electoral reform. The danger was that people would vote Liberal in the mistaken belief that when their election platform listed both “ranked ballots” and “proportional representation” that it was agnostic as between the two.

READ: Why we broke our electoral reform promise. Signed, a Liberal MP

And indeed, for some time after his election, Trudeau continued to claim he had no preferred system. I interviewed the prime minister at the beginning of my brief stint working for the Toronto Star, and I asked him specifically whether he preferred preferential ballots. As I wrote at the time:

“Because I’m the leader of a party that is very much focused on appealing to the broadest possible number of people as opposed to narrowing voices, you could certainly make arguments around one form or another,” he said, backing away from a clear answer in the home stretch of a long sentence.

“But I’m really open. I’m really open to listening to Canadians. And actually, I have moved in my thinking toward a greater degree of openness towards what Canadians actually want.

“I’m very aware that the decision we take on electoral reform — we as a country — will have long-reaching implications over the next generations. Because you don’t change your parliamentary system very quickly or easily. And my long-term focus is getting the right system for Canadians. And it’s not up to any one person, even if it’s the prime minister, to define exactly what that right system is.

“We can all have different opinions and perceptions, but mine are obviously going to be coloured by the fact that I think diversity within a party, broad-based consensus, is the best thing for this country. Liberals would certainly agree. Canadians might not agree. And I think this is an important conversation to have, where we do have to respect Canadians.”

Those statements—about openness and how it wasn’t up to one person to define the right system, and how he did have to respect Canadians—are no longer operative. If it’s any consolation, as he approaches his second attempt at explaining his plans to an electorate in 2019, Trudeau is getting better at saying he does not want a real debate. “I will not move towards any form of proportional representation,” he told the CBC’s Hall. “But if people want to talk about a different system that might benefit Canadians, like a preferential ballot, I’d be open to that.” He’s like Henry Ford selling Model Ts: You can get it in any colour so long as it’s black.

READ: Why the electoral reform sham will breed cynicism

Two final things. First, I never put much stock in electoral reform, and I would not be interested in belabouring Justin Trudeau’s obvious flagrant disingenuousness on the question if he would simply stop being obviously flagrantly disingenuous. His putative “consistency” in standing up for the “interests of Canada” is incompatible with the plain language of his campaign platform and his campaign speeches. He tried to pull a fast one. It worked for a while and then he had to drop the charade. Congratulating himself for any part of this contemptible farce is a bad fit.

Second, it would help if more voters had some self-respect. What Trudeau did on electoral reform is so easy to do that very few political leaders can resist it: Deliver half a promise and let hope fill in the blanks. It’s what Jean Chrétien did when he promised a magical replacement for the GST that would raise the same revenues while annoying nobody. Do yourself a favour: Next time a politician promises “change,” and you find yourself filling in all the details of the change in your heart, demand details. You’re probably being played for a sucker.