Four-fifths of Trudeau's letters to his ministers is cut-and-paste. Let's read it. 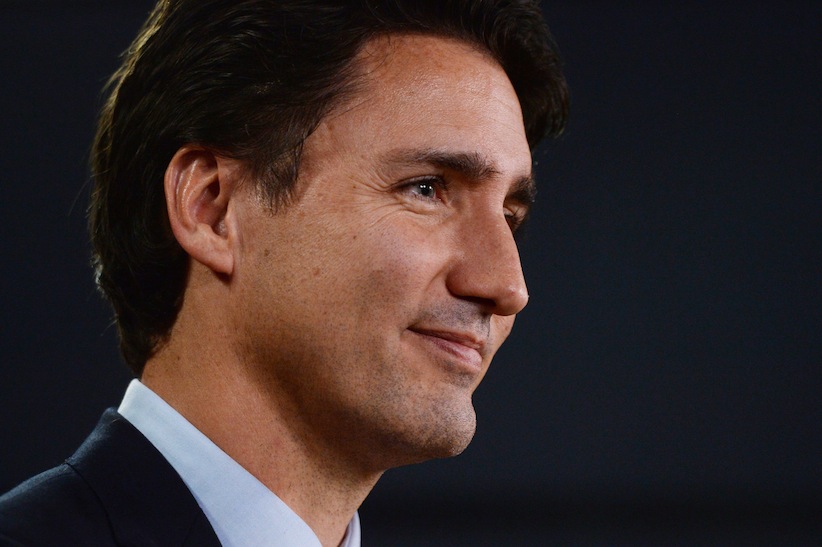 As I try to figure out this new government, I have developed a working theory: You should pay extra attention when Justin Trudeau chooses to be boring. On Friday, the Prime Minister publicly released “mandate letters” to every cabinet minister, turning an eternal ritual of governments’ private business into public spectacle for the first time at the federal level. At last we can read what cabinet ministers have been told to do by their boss! At last we can hold them to their ambitions when, as will inevitably happen in at least a few cases, their hopes turn to ash. Fun!

And so it goes, word for verbatim word, for the first 12 paragraphs of each minister’s letter. It’s only at the bullet points near the bottom that these letters start to rock ‘n’ roll. (MacAulay is advised to “help the sector adjust to climate change,” whereas Families Minister Jean-Yves Duclos is invited to “re-establish the federal government’s role in supporting affordable housing.”) But most of the letters aren’t bullets. Some 78 per cent of Joly’s letter appears, verbatim, in everyone else’s letter, too.

Possible explanations for this outbreak of boilerplate include (a) a particularly wonky form of Tourette’s; (b) a desire to put most of the country to sleep before we get to the good stuff; (c) the PM and his advisers actually think the repetitive stuff is worth repeating. I’m going to go with (c). So while many colleagues will focus on what changes from letter to letter, let’s pause here to look at what doesn’t.

• “Real change—in both what we do and how we do it.” The Trudeau PMO seems persuaded that Conservatives are at least partly right when they blame “tone” for what befell the Harper government. This is a repeated message in the repeated language. “I made a personal commitment to bring new leadership and a new tone to Ottawa,” Trudeau writes, and then this: “We have also committed to set a higher bar for openness and transparency . . . time to shine more light on government . . . Government and its information should be open by default. If we want Canadians to trust their government, we need a government that trusts Canadians.”

And then, this extraordinary paragraph: “. . . You will be held accountable for our commitment to bring a different style of leadership to government. This will include: . . . meaningful engagement with Opposition Members of Parliament . . . As well, members of the Parliamentary Press Gallery, indeed, all journalists in Canada and abroad, are professionals who, by asking necessary questions, contribute in an important way to the democratic process. Your professionalism and engagement with them is essential.”

Now, these letters come from Trudeau and his staff and appear over his signature, but it’s nearly a deadlock certainty that public servants were involved in the process, and one of them will have said: Prime Minister, if you evoke “a personal commitment” to this stuff and then tell ministers they “will be held accountable for our commitment,” you’re elevating it way beyond the realm of pious nostrum. You’re making it sound like you mean it. Repeating it 30 times in letters to 30 ministers is like tracing a line in the sand, then scraping it a yard deep.

• “Track and report on the progress of our commitments.” Next most prominent, after the transparency stuff, is the promises-made/promises-kept language. Here again there is multiple redundancy: Ministers are told their cabinet committees, as well as their own offices, should track progress against promises; and then again that “I expect that our work will be informed by performance measurement”; then again that “I expect you to report regularly on your progress toward fulfilling our commitments”; then, finally, that “Over the course of our four-year mandate, I expect us to deliver on all of our commitments.” Here again, idealism and political self-interest become nearly synonymous: Trudeau wants to be able to meet voters in, probably, 2019, with a bunch of check marks next to his 2015 promises. And again, by publicly repeating that goal, he is offering up a jumbo hostage to fortune if any promise proves impossible to keep.

• “No relationship is more important to me and to Canada than the one with”— Actually, it’s interesting here to try to guess how this sentence ends. Important relationships. Hmm. The one with . . . the United States? The United Nations? Hard-working families? Nope. Again in every letter, Trudeau elevates the relationship with “Indigenous Peoples” above every other in his personal hierarchy of priorities. “It is time for a renewed, nation-to-nation relationship with Indigenous Peoples, based on recognition of rights, respect, co-operation, and partnership.” Carolyn Bennett, the responsible minister, will have noticed that this language is in Trudeau’s letter to each of her colleagues.

• “Observe the highest ethical standards in everything you do.” This is the Adscam language, the Duffy language, the Schreiber language, the saints-preserve-us-from-our-forebears’-sins language. The last long paragraph in each minister’s letter reminds the recipient, in great detail, of the obligation not to screw up on the ethics front: “As Minister, you must ensure that you are aware of, and fully compliant with, the Conflict of Interest Act and Treasury Board policies and guidelines. You will be provided with a copy of Open and Accountable Government to assist you as you undertake your responsibilities. I ask that you carefully read it and ensure that your staff does so, as well. I draw your attention, in particular, to the Ethical Guidelines set out in Annex A of that document, which apply to you and your staff. As noted in the Guidelines, you must uphold the highest standards of honesty and impartiality, and both the performance of your official duties and the arrangement of your private affairs should bear the closest public scrutiny. This is an obligation that is not fully discharged by simply acting within the law.”

Expect opposition members to quote that last sentence back to Trudeau and his ministers any time one of them lands in hot water. “It’s legal” is not, in Justin Trudeau’s own judgment, a sufficient defence for poor conduct.

Never having read ministerial mandate letters before, my strong suspicion is that the Harper, Chrétien and Mulroney governments distributed letters that were similarly constructed. Every government comes to office with high hopes. Events, to paraphrase Harold Macmillan, can be a two-by-four. But the repetitiveness of the Trudeau boilerplate should not lead us all to skip over those passages. This is the stuff Trudeau deems so important, he says it repeatedly.