'I think artists need to be very, very careful when they try to express themselves through a piece that is so cherished' 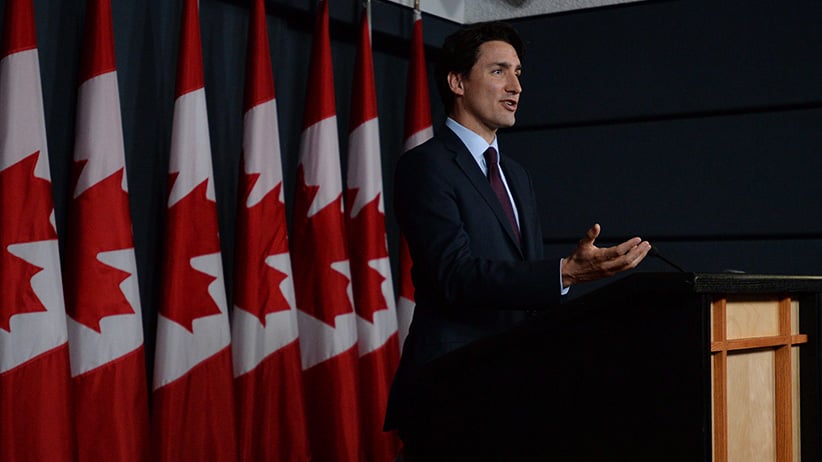 Prime Minister Justin Trudeau holds a press conference at the National Press Theatre in Ottawa on Wednesday, May 4, 2016. (Sean Kilpatrick/CP)

OTTAWA — Whether it’s an off-the-wall rendition or changing the lyrics, Prime Minister Justin Trudeau has a message for people seeking to change the national anthem: be careful.

Trudeau says anthems are important and should only be changed with care and proper process.

He pointed to the process underway in Parliament now to change the lyrics of O Canada from “in all thy sons command” to “in all of us command.”

He told Global News this morning artists need to be careful when they try to express themselves through a piece that’s so cherished and symbolically important for Canadians.

Trudeau had been asked about the recent controversy involving a Tenors member who altered the lyrics to O Canada prior to the Major League Baseball all-star game.

Remigio Pereira has since apologized for changing the verse “With glowing hearts we see thee rise, the True North strong and free,” to “We’re all brothers and sisters, all lives matter to the great.”

“I think people, whether it’s a particularly off-the-wall rendition of it, or changing the words of it, I think artists need to be very, very careful when they try to express themselves through a piece that is so cherished and symbolically important for Canadians,” Trudeau said.

Efforts to formally change O Canada can be controversial.

The bill to do so was put forward by Liberal MP Mauril Belanger, who currently has Lou Gehrig’s disease.

His deteriorating condition spurred efforts to fast-track the legislation through the House of Commons, but the Opposition Conservatives say there should be more public consultation.

The bill is currently before the Senate.