Justin Trudeau: 'We are not there yet — this is going to be a close election' 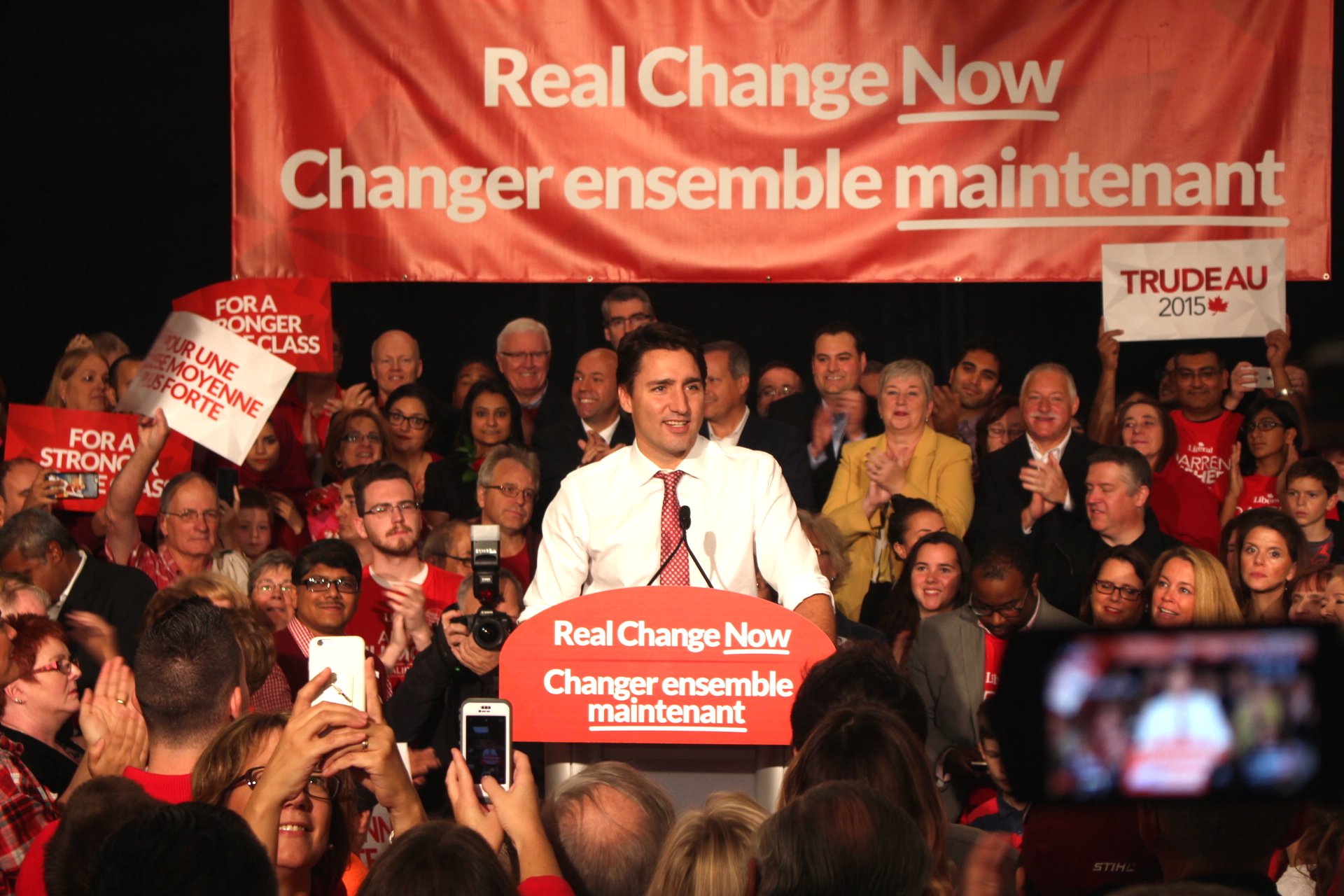 SAINT JOHN, N.B. — The platform is out and the promises made, so Liberal Leader Justin Trudeau is turning his attention to getting voters to the ballot box on Monday.

During a raucous campaign rally in Halifax, Trudeau urged supporters and campaign workers to redouble their efforts to ensure, in his words, that “no vote — and no voter — gets left behind.”

“We are not there yet — this is going to be a close election,” Trudeau said in his speech.

“Harper still has more tricks up his sleeve.”

He argued that’s why it’s even more important that supporters spend the final days of the campaign knocking on doors, making phones calls and talking with neighbours and family.

“Offer them a ride to the polls, babysit their kids,” he said.

Trudeau was later asked whether he was trying to motivate voters with two days to go by raising fears of electoral fraud.

“We’re all well aware of the lengths Mr. Harper will go to try to cling to power,” he told reporters.

“It is a matter of public record, the behaviour of this Conservative government in elections.

“And, quite frankly, the Elections Act changes that they made last year make it more difficult for young people, for people from economically disadvantaged backgrounds or for indigenous peoples to actually get out and vote. And that’s why we’re calling on all Canadians to make sure they get out and vote on Monday to help us defeat Stephen Harper.”

In Saint John, N.B., Trudeau repeated his warning that Harper could use “tricks” in the late stages of the campaign, as he addressed a room packed with hundreds of supporters.

Polls have suggested the Liberals have the momentum heading into the final two days on the campaign trail, forcing Trudeau’s opponents to try and slow him down.

The Conservatives published a large ad Saturday that covered the entire front page the Ottawa Citizen. It urged people to not vote Liberal and featured yellow Elections Canada branding and nary a Tory logo to be found.

In recent days, the Liberals have also been confronted with a potential speed bump that originated from inside their own war room.

Trudeau was reminded of it during his speech in Halifax.

His address was interrupted briefly when a pair of banner-wielding protesters tried to shout over him. One banner read, “Your climate policy is just not ready,” while the other said, “Liberals: in bed with TransCanada.”

The latter one is a reference to the only real controversy to bedevil the Liberal campaign: an email that surfaced earlier this week from Dan Gagnier, a member of Trudeau’s inner circle, in which he offers advice to the Calgary-based pipeline company on how to lobby a new government on the controversial Energy East project.

Gagnier’s subsequent resignation may have been the only last-minute issue that could slow the party’s apparent growing head of steam in the final days of the campaign.

For his part, Trudeau shrugged off the protest, which he implied might have been staged by his political rivals.

Both Mulcair and Harper have both said the Gagnier affair should be a caution to voters that the Liberals still have yet to change since the Chretien-era sponsorship scandal.

Trudeau was asked Saturday whether he thought 10 years in political purgatory was long enough for the Liberals to clean things up.

“It’s up to Quebecers and Canadians to make the responsible choice,” he said in Saint John.

Trudeau was barnstorming through the final weekend before Monday’s vote, hitting five different provinces on Saturday, with events also scheduled in Thunder Bay, Ont., and Winnipeg before arriving in Edmonton for the night.

LeBlanc pointed to the case of Michael Sona, the ex-Tory staffer convicted in the 2011 robocalls scandal. Sona was sentenced to nine months in jail.

He also brought up Dean Del Mastro, the former Conservative MP who was found guilty last fall of violating the Canada Elections Act for campaign overspending in 2008. Del Mastro was sentenced to one month in jail.

“The list is long of Conservatives that tried a whole series of unethical or potentially illegal things as the election approached,” LeBlanc said in an interview.

“At a time when the election looks more difficult for them than it did in previous elections, we shouldn’t assume that they’ve put away the toolbox of dirty tricks.”