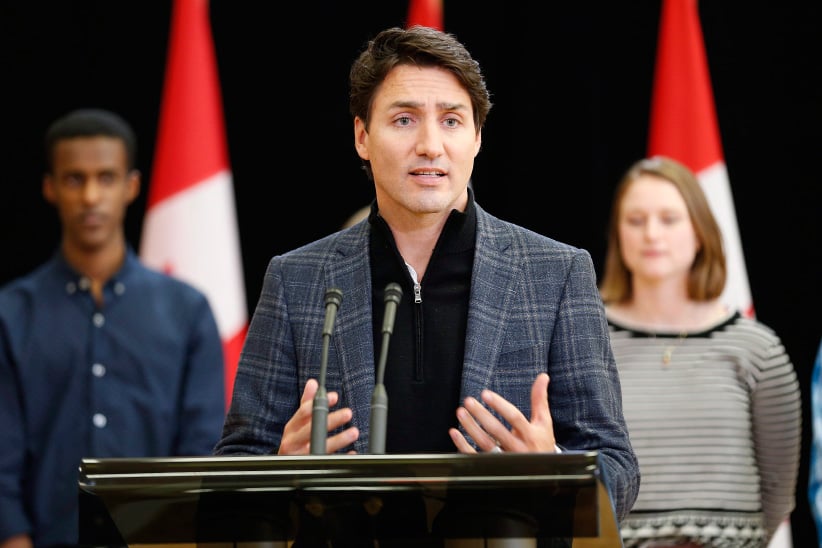 Prime Minister Justin Trudeau speaks with media at a press conference at the University of Winnipeg in Winnipeg, Thursday, January 26, 2017. (John Woods/CP)

The government has been dogged for months by questions about “cash-for-access” fundraisers, in which well-heeled donors pay to attend events where they can, theoretically, bend the ear of the Prime Minister and other influential government members without the usual scrutiny of the lobbying landscape.

On Friday, the Globe and Mail reported that the government would be overhauling the rules around such events. The changes include holding fundraisers in publicly accessible spaces (rather than private homes), advertising the events publicly and publishing reports after detailing how many attended and the funds raised.

RELATED: When it comes to fundraising rules, it’s the wild west in Ottawa

Maclean’s spoke to Ian Stedman, a lawyer who teaches a course on ethics in the public service at York University and who is completing his Ph.D. at Osgoode Hall Law School.

Q: What are people really upset about when it comes to cash-for-access?

A: It’s not that there are fundraisers; it’s not that the PM or anyone else speaks to lobbyists at the fundraisers; it’s that it kind of seems like these are people who have interests that the government can do something about, and who have access to the PM without any kind of oversight. We don’t know if they’re talking about their business interests—they could be lobbying. The harm in these kinds of cash-for-access events is that they’re not transparent.

Q: So given that, what do these proposed rule changes accomplish?

A: From what I can see, they’re proposing to hold their events in publicly accessible spaces. I don’t know what that means. I’m not sure if that means they’re going to allow the public to access the space during the event; I have a hard time believing that’s what they’re going to do. It also says they’re going to report back how many people were there and how much money was raised. That doesn’t seem to do much because I don’t think the concern people have with fundraisers has much to do with how much money is raised and how many people attended. The concern is: who was there, what did they speak about and are they lobbying behind closed doors? I don’t think those are addressed in these proposals.

Q: What other potential pitfalls or loopholes can you see?

A: I saw that they proposed to apply the rules to cabinet ministers and the PM but not to backbenchers. I see that as maybe not going far enough.

They proposed to speak with the opposition parties about how they can strengthen the rules before they put anything forward, so I’d like to see what comes out of that. I have a hard time believing the opposition parties won’t pick up on some of these weaknesses and say, “Listen, to be stronger, it has to apply to everyone, and we also have to disclose who’s at these events, not just how many people.”

Q: What do you make of the provision of making these events open to media?

A: It sounds like what they’re trying to say is a reporter can stand right there in the middle of the event and record what’s being said. I have a hard time believing that. I don’t know if the event would actually garner much interest if the people making these $1,500-per-person donations had to have a conversation with the PM and a reporter at the same time; I’m not sure they’d have the same caché. If that’s what’s happening, then that’s a difference-maker, but I’d like to see what gets tabled or what gets proposed next week.

Q: Lots of observers have pointed out there are some odd optics to making changes like this after the government spent months saying nobody did anything wrong. How do you anticipate this might play when Parliament resumes next week?

A: The opposition parties will point out that it seems they’re making a change just in the nick of time, so that when they come back and the House does sit, they can say they’ve done something. I think what really matters is whether the rules are strong enough to make a difference, and whether they do allay some of the concerns the public now has.

I think that when the House comes back next week, you’ll see the opposition pick up on this idea that it’s just kind of window dressing, that if you’re not going to tell the public who’s at these events, you’re not really doing anything different.