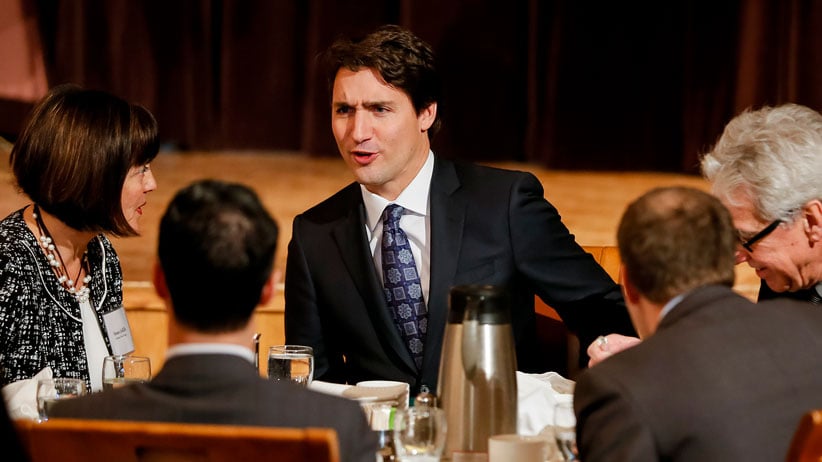 Listen to Paul Wells read his column below.

“I’m the leader of the Liberal Party of Canada, my last name is Trudeau, and I’m standing here at the Petroleum Club in Calgary,” he said on Feb. 6. “I understand how energy issues can divide the country.”

He also, apparently, understands the value of weirdly self-referential asides in Calgary speeches. In his previous Petroleum Club speech, only 15 months earlier, he advocated a national energy strategy before adding, “I really wish it didn’t have to fall on some guy named Trudeau to propose a national energy anything.” Get it? His dad implemented a National Energy Program that made Liberals radioactive in Alberta for 30 years! He’s named Trudeau, just like that other guy! Please don’t throw stuff!

The rest of Trudeau’s latest speech was quickly forgotten, because he delivered it on a Friday and then announced, on Monday, that MP Eve Adams had defected from the Conservatives to make his life interesting. Everybody spent days trying to figure out why Trudeau thought Eve Adams would be a good idea. And that’s a really good question. But I want to get back to that speech, because it is his most complete statement so far on energy and the environment. Or, as Trudeau’s Conservative opponents prefer to put it, “carbon taxes.”

It is also a reminder that any aspiring prime minister has to decide how to reconcile the vast wealth in Canada’s oil sands with his other national responsibilities. It’s not as though Stephen Harper invented the oil sands. It’s not as though they’ll go away if Harper ever manages to lose an election.

The Liberal leader’s saw-off is to argue that Canada would be exporting more oil if it could make a stronger defence of its environmental virtue. “We’re still struggling—those of you who work in the energy sector know this better than most—to repair our reputation at home and abroad, when it comes to the environment,” he said. “The Harper Conservatives’ inaction is drawing more and more negative attention from the international community, including important trading partners.” 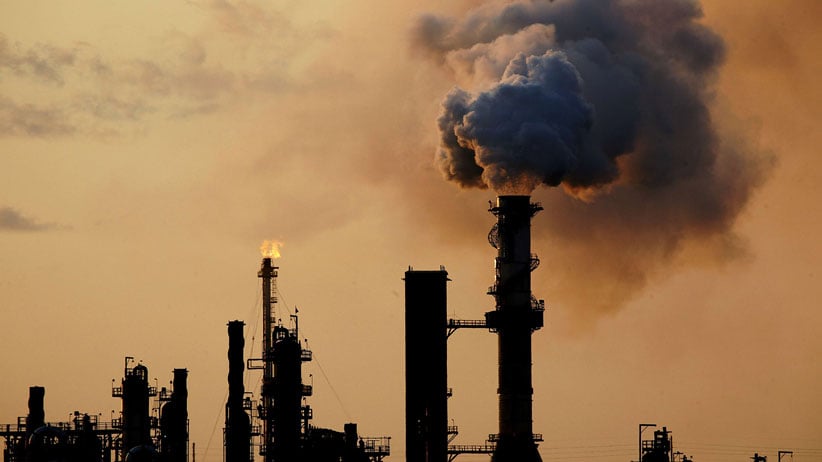 Trudeau was arguing that it’s been easy for the Obama White House to stall on a Keystone XL pipeline decision, because the Harper government looks like a bunch of ogres, when it comes to climate change. It’s not a new argument. I’ve made similar arguments in this space. The question is what Trudeau would do about it. He gave enough of an answer to produce plenty of new questions.

Even though the Harper Conservatives have spent seven years campaigning against carbon pricing, Trudeau said, “British Columbia, Alberta, Quebec and, soon, Ontario, have all committed, in various forms, to a price on carbon.” But these provincial policies are “uncoordinated,” so “there’s no way to ensure that all regions of the country are doing their part.”

So Trudeau, as prime minister, would attend the big Paris climate conference at the end of 2015, then convene the premiers to “set a pan-Canadian framework” for meeting any carbon-reduction target.

The model, he says, is medicare: Ottawa sets “a national standard,” the provinces design their own programs, and Ottawa provides “targeted federal funding to help the provinces and territories achieve their goals.” Just like the Canada Health Transfer, Trudeau said.

Read a recap of Paul Wells’ live-chat with readers.

I have so many questions. When Stéphane Dion campaigned on a federal carbon tax in 2008, he liked to claim it was revenue-neutral: Any money raised through his tax would pay for carbon-reduction policies. He had trouble justifying that claim, but at least it was attractive in theory. The feds collect money, the feds disburse money.

Trudeau has decided to cancel the first half of that formula. This seems problematic.

Under the Trudeau policy, the provinces would collect money, and the feds would send them more money to—to—to make up for the money they could have raised with a more stringent emissions standard. This is an innovation: the first revenue-negative carbon pricing scheme.

Clearly, the money to pay for Trudeau’s new Canada Green Transfer (my name for it, but admit you like it) would have to come from somewhere. Maybe it could come from a tax on legalized and regulated marijuana. But Colorado’s experience suggests a low ceiling on the available revenue: Colorado’s state government brought in $44 million in pot revenue in 2014, equivalent to about $308 million for a population the size of Canada’s. That’s not huge money.

Incidentally, if you’re still angry at me, two paragraphs later, for keeping a straight face while I considered marijuana taxes as a supplement to carbon taxes, you’re really not going to like the coming election campaign.

But Trudeau’s speech raises yet another question: Is it even true that cleaner oil exports will be embraced by Keystone’s current opponents? At what level of carbon emissions do they decide massive exports from the oil sands are a good idea? Keith Stewart, a climate and energy campaigner with Greenpeace, was derisive on Twitter while Trudeau was still giving his speech: “The idea that a real climate plan” could, or should, permit greater oil sands development “is nonsensical,” he wrote.

Now, of course, die-hards will be die-hards. Trudeau probably thinks he needs only to shift a slice of opinion in the middle of the Keystone debate. Or, indeed, that he needs only to convince enough Canadian voters that he can achieve that result, whether or not he can achieve it in real life. But he’s proposing to open up a substantial area of unfunded cost to the Canadian federal government, to reward laggard provinces that refuse to raise their own revenues through aggressive carbon pricing.

A generation of grad students would write theses unravelling the federal-provincial complexities of the thing, the economics of it, the legal and constitutional implications. Never let it be said that Justin Trudeau doesn’t support higher education.