JWR and Jane Philpott bet big that politics has changed (spoiler: it hasn't)

Andrew MacDougall: Two Liberal heavyweights-turned-independent candidates want to do politics differently. But their odds at winning on their own, without any party support, are low. 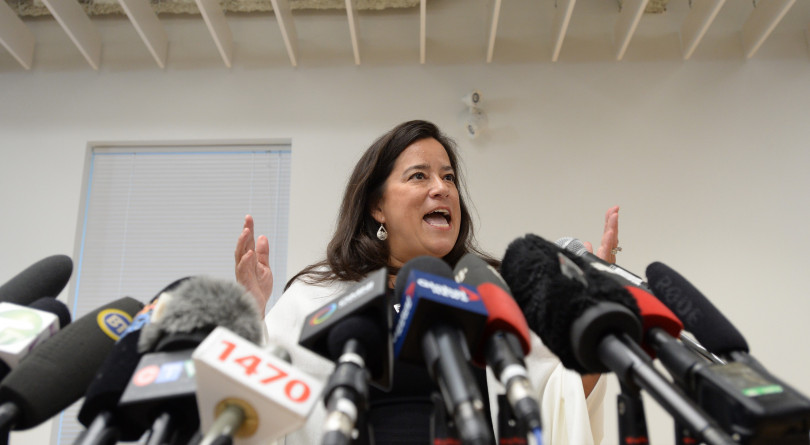 Jody Wilson-Raybould holds a news conference to discuss her political future in Vancouver, May 27, 2019. (Jonathan Hayward/CP)

That’s the question on which Jody Wilson-Raybould and Jane Philpott have staked their claim in this fall’s federal election. Can two former cabinet ministers who resigned on principle over Justin Trudeau’s failings on SNC-Lavalin return to Ottawa as (elected) independents by making a virtue of their virtue?

There is precedent to independents being elected, as both Andre Arthur and Bill Casey can attest, but as Brent Rathgeber and a host of others will tell you, being on your own in Canadian federal politics is usually a lonely place to be. Arthur’s re-election in 2008, let’s remember, was only possible because Stephen Harper stood his party down in Arthur’s Quebec City riding. It’s not likely Trudeau—or Andrew Scheer, for that matter—will be as accommodating this time around.

PAUL WELLS: Philpott and JWR: How the mighty have not yet fallen

What Wilson-Raybould and Philpott are counting on is a change in the political zeitgeist, both at home and abroad. Has the shine come off the cult of Trudeau enough to give them a chance in a country known for all-powerful leaders, and is the dynamic fuelling new movements and political superstars around the world ready to take root on Canadian soil?

In a world where Nigel Farage can come off the pub circuit and start a new party from scratch to take first place in the U.K.’s European elections 45 days later, there is reason to be optimistic. But as the experience of Change UK—The Independent Group (don’t ask), the other new party to grace the British stage in the wake of the Brexit shambles demonstrates, the people are only willing to take a punt on a new proposition when they can’t trust any of the old ones to get the job done.

As Wilson-Raybould and Philpott surely know, there is no rocket fuel like Brexit driving the Canadian political landscape. As much as one might bemoan the historic mistreatment of Canada’s Indigenous population, or rail against the concept of power-hungry leaders running countries through their powerful unelected advisors, the next federal election will be a bog-standard partisan slugfest between Tories and Liberals, with climate change the likely focus.

As much as Trudeau has soiled himself and his image while mishandling every single twist and turn of the SNC-Lavalin file, it’s hard to imagine voters channeling their angst toward the independents, especially when there is no vehicle for them to do so outside of the ridings of Vancouver-Granville and Markham-Stouffville. The people cluing into the fact that Trudeau is a dollar-store version of his 2015-self still need somewhere to go.

It might be that party politics needs a giant hoof up the backside. And a Parliament of free agents probably could have gotten more done than Trudeau and his majority government. But to beat the system you’ve first got to be the system. And even then, as Maxime Bernier is about to discover, Canada’s first-past-the-post voting system is an absolute slave to the status quo. Going on your own is to consign yourself to being a footnote of history even if you choose, like Bernier, to light yourself on fire.

Wilson-Raybould and Philpott voters in Vancouver and Markham will first look to the national picture. If they no likey Trudeau they will size up the alternatives. If they think Scheer is going to confiscate their womb, or find Jagmeet Singh too closely resembles Zoolander, they will face a choice: back their honourable incumbent MPs; or hold their nose and vote for whatever scripted automaton the Liberal Party nominates.

But say Trudeau further implodes (a real possibility when an ego is that big and ability to take a lesson that small) and that Singh proves to be a worse campaigner than leader (a fact more certain than climate change). Then what? Where will disaffected progressives go, especially when climate is expected to be a marquee issue?

That the pair of high-profile ex-Cabinet ministers snubbed Elizabeth May’s ascendent Green Party in favour of independence will likely prove their rate-limiting step. And while there are undoubtedly a number of beardy-weirdy skeletons in the Greens’ closet (step forward alleged 9/11 truther Paul Manly!), they are nothing a couple of credible women used to dealing with Trudeau’s peccadilloes couldn’t handle. Indeed, Wilson-Raybould and Philpott joining would have been the perfect opportunity to disappear some past Green dalliances down the memory hole.

As much as we might wish it were otherwise, until such time that Facebook takes over government and lords over us using endless referenda, politics will remain aggregate and tribal. Single issue parties and single-riding candidates rarely, if ever, impact the national direction of travel.

What can Philpott and Wilson-Raybould, accomplished as they are, offer to their constituents on their own? Every MP promises to fight in their constituents’ corner. But only being in power can guarantee it getting done.