Kandahar: we didn't know what we were getting into

Reconstruction and training Afghans were supposed to be the big jobs 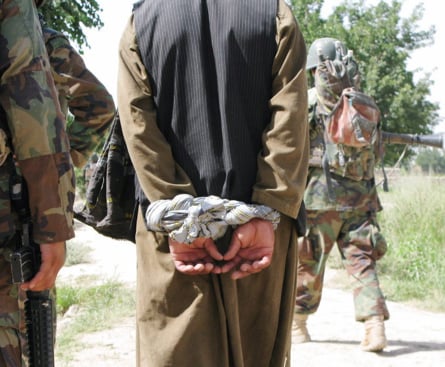 Gen. Rick Hillier, the retired chief of defence staff, just moments ago reminded the House committee on Afghanistan about how Canadian troops in Kandahar, in the spring and summer of 2006, found themselves fighting pitched battles against hundreds of Taliban insurgents.

It’s worth remembering how not long before those startlingly violent days, the Canadian officer dispatched to head operations in southern Afghanistan was anticipating nothing of the sort. (UPDATE: More background on the Kandahar surprise of ’06 here.)

It was Brig.-Gen. David Fraser, who is with Hillier to testify shortly, who set off to command the Canadian-led multinational brigade at so-called Regional Command South in Kandahar in February that year.

Just before he left, Fraser reassuringly told reporters that combat was not the main challenge facing Canadian troops. Even at the time, this struck some reporters in Ottawa—who were reading daily of increased Taliban violence—as difficult to understand.

So when Fraser briefed journalists at Department of National Defence headquarters on Feb. 2, 2006, he was pressed repeatedly to discuss the combat Canadian troops would likely engage in. But he simply didn’t see it that way.

A few highlights from the transcript of Fraser’s answers during that news conference, to highlight how poorly the dangers awaiting in Kandahar were understood in advance:

Asked if he was focused on combat and how he felt about that, Fraser said: “My focus is not on combat. I’m ready to do combat if I need to do that. My focus is… the Provincial Reconstruction Team. It is the team that’s up here and it’s not just the military. It’s Foreign Affairs, it’s CIDA, it’s the RCMP and it’s the national government agencies and international community working together. We’re going to go over there and reinforce the success that Canada has been looking at and what the American-led coalition has been doing in southern Afghanistan.”

Asked about the nature of the fighting Canadians would do: “I mean from a soldier’s point of view if somebody is shooting at a soldier or somebody is trying to attack them with an IED, whatnot, it’s a pretty intense situation. And Canadians and people in the organization that I will command will defend ourselves.”

Combat wasn’t to be the focus, reconstruction and training Afghans were the big jobs, soldiers might have to defend themselves but wouldn’t be going on the offensive against insurgents——none of that describes what actually happened over the next few months.

UPDATE: In his opening statement, Fraser just spoke rather candidly about how unprepared he was for what unfolded in Kandahar in the spring of ’06:

“We went there with the idea that we would conduct operations designed to establish security and assist in the development of Afghan capacity to govern,” he said. “However, we ended up in an armed conflict in 2006 of a prolonged intensity unseen by Canadian Forces since Korea.”