Leitch calls Trump victory 'exciting message that needs to be delivered in Canada as well.' 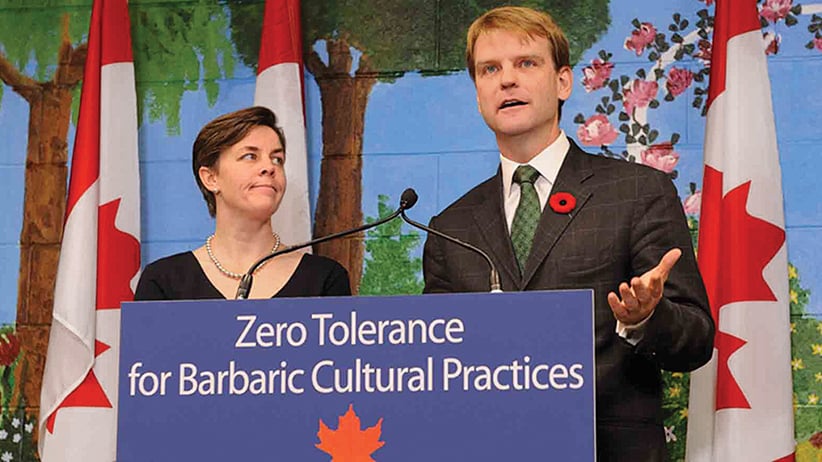 On Facebook and in emails to supporters overnight, Leitch hailed Trump’s presidential victory as an “exciting message that needs to be delivered in Canada as well.”

Got this from my old boss. I’m so disappointed in you, @KellieLeitch. You were Status of Women Minister – shame on you. #cpcldr #cdnpoli pic.twitter.com/hYYMYgzvH8

Rona Ambrose, the interim leader of the Conservative party as it chooses a successor to Stephen Harper, issued a much more low-key message of congratulations to president-elect Trump.

“The United States is, and will remain, Canada’s closest friend and ally,” Ambrose said in a release. “Our unique relationship has stood the test of nearly 150 years.”

Leitch has aggressively carved out space in the crowded field to replace former prime minister Stephen Harper as Conservative leader.

Related: Are you Canadian enough? How Kellie Leitch touched off a culture war

“It’s why I’m the only candidate who will ensure that every visitor, immigrant, and refugee will be screened for Canadian values,” said her latest campaign missive.

The brashly populist message comes from a pediatric orthopedic surgeon who served as a minister in the former Harper government.

Canadian opinion polls have suggested a strong pro-Democratic sentiment north of the border, but Leitch says she looks forward to working with the Republican president-elect on issues of common concern.

Conservative party members will get an early chance to assess the 12-person leadership field against the new Trump reality when they face off Wednesday evening in the first leadership debate in Saskatoon.

Andrew McGrath, a former press secretary to Leitch when she was in cabinet, responded to her overnight pitch with disappointment on social media.

“You were status of women minister,” McGrath posted to Leitch on Twitter. “Shame on you.”

Trump was the focus of a number of allegations of lewd behaviour from women who came forward after an old tape emerged in which he boasted that his star power allowed him to sexually accost women with impunity.