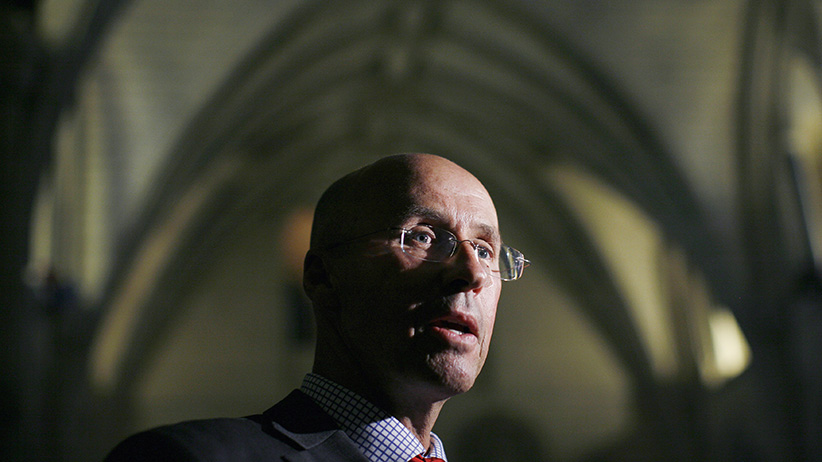 In the lead-up to the federal budget, Maclean’s Ottawa Bureau Chief John Geddes spoke with Kevin Page, the former parliamentary budget officer and now a professor of finance at the University of Ottawa, about the challenges and choices facing the Trudeau government. 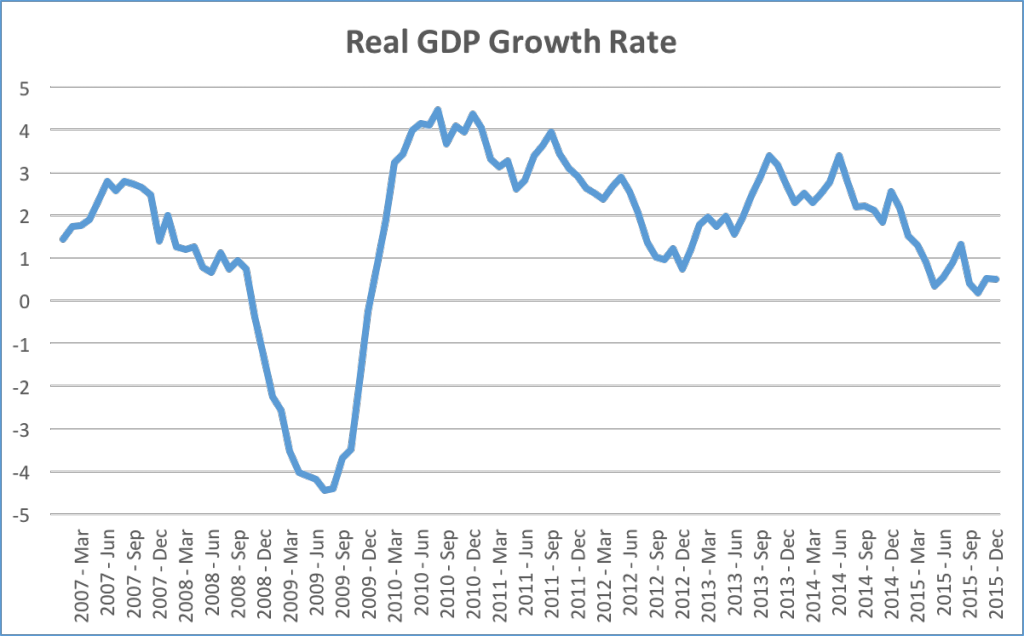 The Liberals promise to find a way to increase the growth of the economy in a way that generates higher middle-class incomes. This chart shows how dramatically the government will have to change the trend lines if gross domestic product, after inflation (real GDP) is going to show better annual increases.

2. The politics of jobs 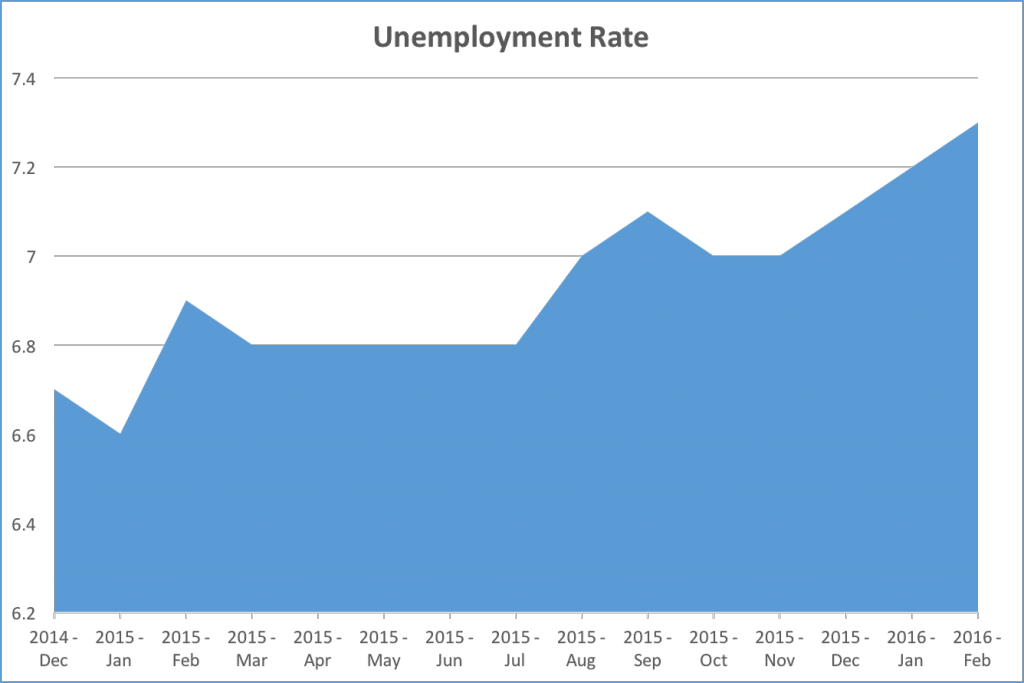 Economists tend to talk a lot about GDP, but Canadian families are usually more concerned about jobs. The unemployment rate is now a huge political concern. Page thinks back on his days inside the federal government in reflecting on how joblessness is the economic indicator that most worries politicians.

3. Canadians deep in the red 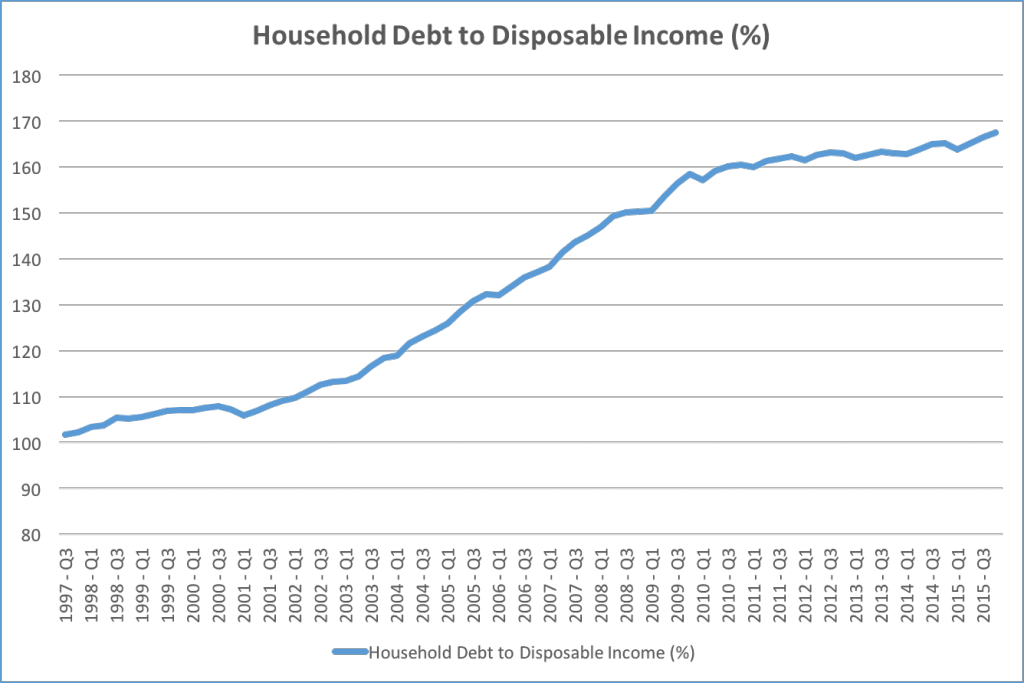 One of the justifications for higher government spending is that businesses seem reluctant to invest, while ordinary Canadian households may now how taken on so much debt that encouraging them to spend even more is a dangerous policy tack.

4. By world standards, no problem 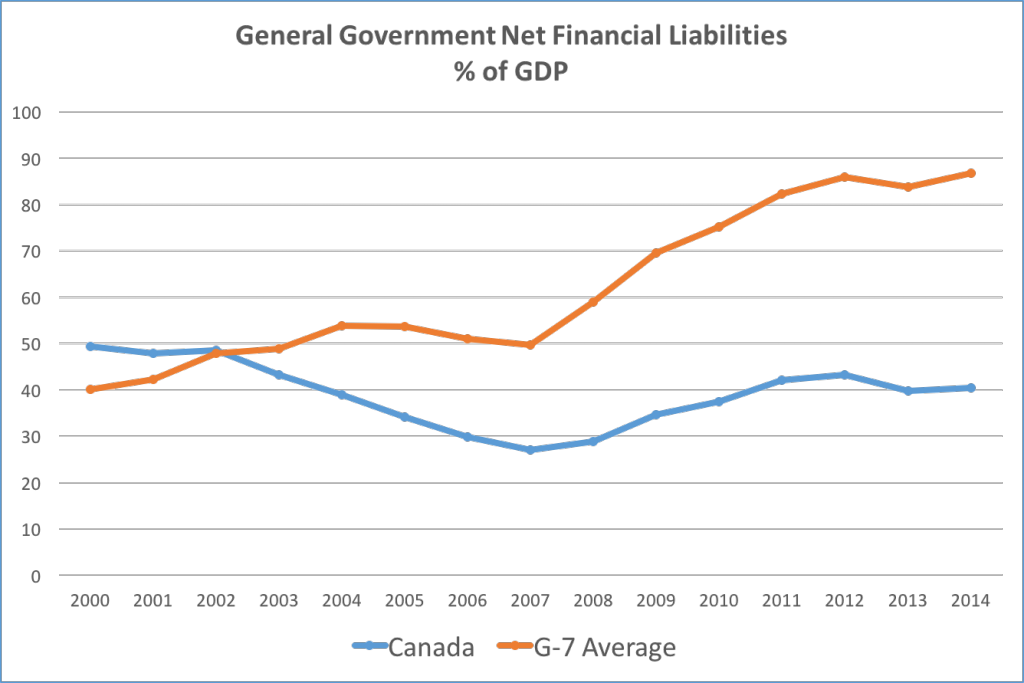 The expectation of an annual deficit in the range of $30 billion in the new Liberal government’s first budget has some worried about Canada returning to the bad old days of the 1970s, ’80s, and early ’90s. But this chart shows that even including provincial debt, Canada’s overall debt government debt burden is low by the standards of similar rich countries:

5. The case for borrowing to build 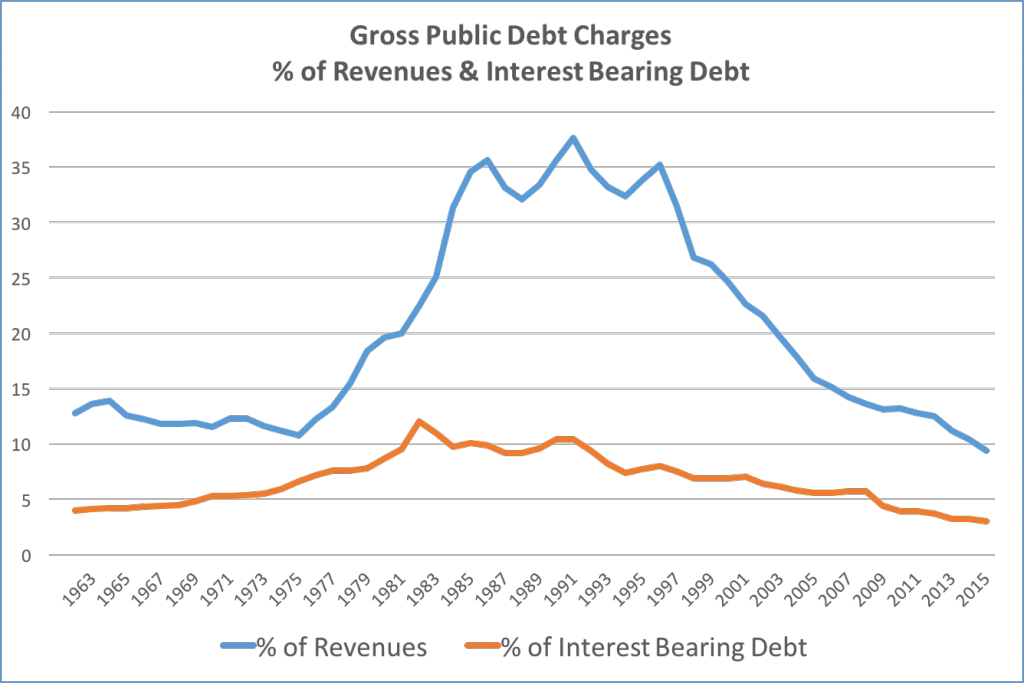 Former Bank of Canada governor David Dodge, among other experts, has argued that low interest rates make this a superb time for government to borrow to pay for the sort of infrastructure that pays off by making the economy more productive. With this chart, Page looks at the low burden of interest payments Ottawa now shoulders.