KoryWatch: Nobody Actually, a lot of us are waving goodbye 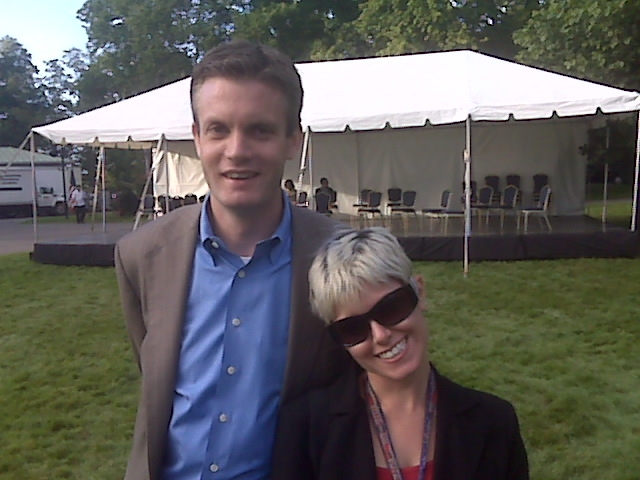 I’m not sure how much this shocking revelation will actually, you know, shock anyone out there who knows either of us, but contrary to what some of y’all may have assumed, I’ve always gotten along just fine with Kory Teneycke, and as far as I know, he’s always gotten along right back — and I’m really going to miss him when he’s gone.

That’s not to say that we haven’t merrily made the other’s life more interesting on a regular basis, of course.  I thought the supersecret background briefings for bureau chiefs were ridiculous, and told him so; he, for his part,  never seemed to hold that against me, but I never did get an invite — probably because I would have cheerfully liveblogged every word, observing the rules by giving everyone present apropos and amusing (to me, at least) pseudonyms. I’ve no doubt that he has felt the same about any number of things that I’ve written as well; his very first contact with ITQ was to send me an email teasing me for my obsessive theorizing over the removal of the “s” from word “communications” in his title.

What it comes down to, I think, is this: Kory has been one of those (sadly, increasingly rare) Hill denizens who was always able to put aside partisanship and competing interests, and hang out on a patio talking politics over beer and chicken fingers with anyone possessing a similar sense of perspective and humour — whether a Liberal staffer or pixelstained liveblogger.  He always replied to my “official media query!”-headlined emails promptly, if not always with the answer to the question I thought I was asking, and he always seemed to appreciate the fact that reporters have a job to do, and, for the most part, didn’t personally hold it against us when we did it, which is more than you can say for some of his counterparts out there — on all sides of the aisle, not just the government.

As I said above, I’m going to miss him. Hopefully, he’ll still find time to visit those of us who haven’t yet made it Outside The Asylum.

(Confidential to KT: Sorry for outing you like this, but it’s not like they’re going to fire you for it after the fact, right? )