Lac-Mégantic: Government oversight, so to speak 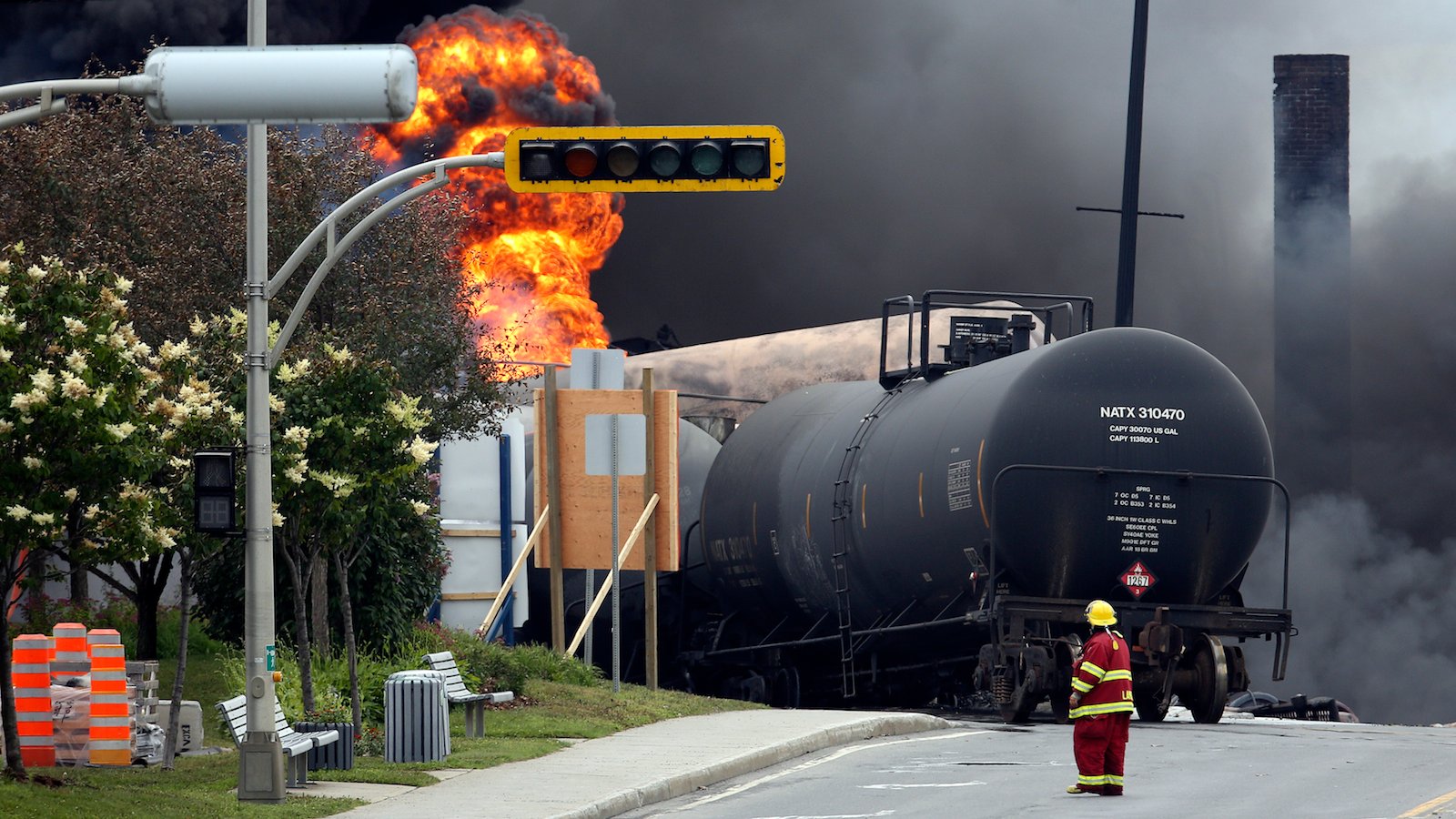 Let us dispense with two defences the government can use after the Transportation Safety Board report on the Lac-Mégantic catastrophe, both of which are true but which fail, nonetheless, to let government off the hook.

First, the report (here’s a summary) identifies 18 “causes and contributing factors” to the accident, and only three are the direct responsibility of Transport Canada. So for the most part, 47 people died because the Montreal, Maine and Atlantic rail company was very bad at doing its job. If MMA had been more vigilant, Transport Canada would not have had to… well… not be very vigilant either.

Second, the unbearable lightness of being Transport Canada’s regional office in Quebec did not begin when the Harper Conservatives were elected in 2006. MMA developed a safety management system in 2002 and it soon became apparent that the thing was a grim mockery of proper safety planning. But there was no audit by Transport Canada’s Quebec region office until 2010, and the department’s national headquarters in Ottawa was so lost it didn’t even know what the Quebec office hadn’t done. Four of the eight years before the 2010 audit are Jean Chrétien’s and Paul Martin’s fault, so, you know, don’t be mean to the Conservatives, everyone.

Montreal, Maine and Atlantic Railway and Transport Canada at fault in Lac-Mégantic disaster: TSB
Photos: Revisiting Lac-Mégantic, one year later
A year after the explosion, Lac-Mégantic rebuilds
How the pipeline backlash gave a boost to oil exports by rail

These are limited defences. Take the first. It’s true that MMA was a gong show. Whereas “an organization with a strong safety culture is generally proactive” on safety matters, MMA was “generally reactive.” There were “significant gaps” between its stated policy and daily procedure. It put that “safety management system” in place in 2002 and then ignored it until after the 2010 audit, at which point it implemented only parts.

Most rail companies behave better, and if MMA had been like them the likelihood of Lac-Mégantic turning into a slaughterhouse would have been lower even if it had remained forever nap time at Transport Canada. But that’s like saying that we don’t need police as long as everyone behaves. Most people behave and we still need systems in place for those who don’t. Same with Transport Canada safety regulations and effective followup. It’s surprising this needs explaining.

As for the classic “the Liberals did it too,” that seems to have been the case — and it’s relevant only if you’re Tom Mulcair, whose comments in the aftermath of the Lac-Mégantic disaster look pretty good today. Whether an NDP federal government would have done better is a matter readers are welcome to debate. What’s clear is that for many years, federal governments operating in Quebec were awfully bashful about asking rail companies to put the right cargo and functioning brakes on trains that regularly hurtled through small towns.

To some extent, of course they were. There’s a struggle, inherent in any government, over how much to trouble private enterprise. Too many regulations spoil the entrepreneurial spirit. Too few and, sometimes, people die horribly. It’s not self-evident where you put the line, there’s no empirical process for deciding, and the stakes could not be higher. It’s hard to conclude from the TSB report that the dead hand of regulation was suffocating MMA’s ability to light downtown Lac-Mégantic up.

Canada’s crude oil production rose 23 per cent between 2006 and 2013, incidentally, and crude oil exports to the U.S. rose 46 per cent in the same period. Given the dearth of new pipelines, those figures are rough proxies for the growth in oil moving on rolling stock. Allocating blame is a mug’s game, but the weight of responsibility has obviously increased sharply.

In her news conference today, Transport Minister Lisa Raitt said she was grateful for the TSB report but didn’t say what she will do with its recommendations. She wouldn’t say whether anyone has lost their job because of those 47 deaths. She wouldn’t say how many new inspectors the department has hired. It was MMA’s fault. It was the Liberals’ fault. What’s your problem?