Politics Insider for Feb 10: John Baird dances around the leadership question, Trudeau's tricky African sojourn and the aftermath of Flight 752 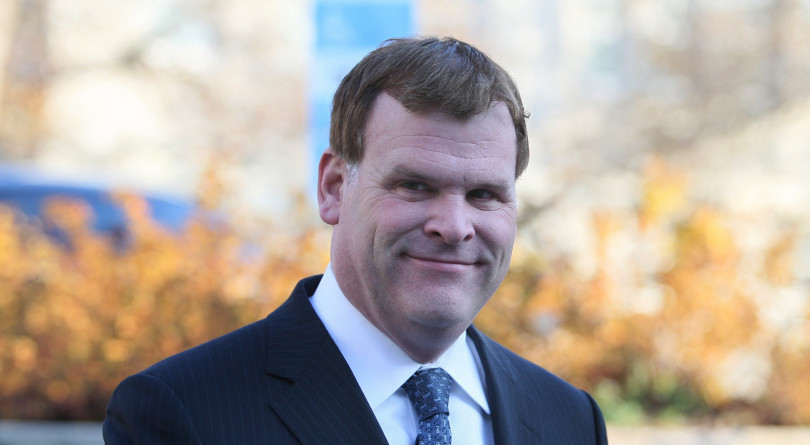 Welcome to a sneak peek of the Maclean’s Politics Insider newsletter. Sign-up to get it delivered straight to your inbox.

Always be my maybe. Former cabinet minister John Baird appeared on Global’s The West Block Sunday, and was asked the inevtiable question: Are you in or out for the Conservative leadership race? Apparently his former cabinet colleague and the current premier of Alberta, Jason Kenney, has called and urged him to run. “I’m obviously taking calls, I’m weighing my options and haven’t made any decisions,” he said. Baird was tasked with drafting a post-mortem on the most recent election for the Tories, which may give him an edge if he actually threw his hat in the ring. He knows what lessons need to be learned: among them, he indicated on air, that Conservatives win when they act like Conservatives, not “Liberal-lite.”

But if Baird is jumping in, he isn’t exactly coming in swinging. West Block host Mercedes Stephenson began the interview by asking Baird, a former minister of foreign affairs, how he’d evaluate Canada’s handling of the coronavirus file. “I think by and large it’s been competent,” he said, praising the man currently doing his old job, Francois-Philippe Champagne. “Obviously we all want to work together in a non-partisan way to see us effectively address this, from a public health point of view.” Baird had a clear opening to blindly slug Trudeau’s government, and chose not to. That could mean he’s genuinely not interested in the leader gig, or he’s playing the long game and wants to come off as fair and reasonable. Who knows!

It may likely be the former option, however. Recall his words in 2011, during a campaign to push him to replace Stephen Harper: “I’ve never harboured leadership ambitions. It is the honest-to-God truth.” Hard to see what’s changed in the nine years since then.

But let’s not forget one person who actually is in this race: Marilyn Gladu. She sat down with Paul Wells to offer a glimpse of her platform, personality and history, which is impressive by any metric:

So in a party that’s obsessed with oil and gas, here’s a candidate who worked in the industry longer than some of its MPs have been alive. A candidate who had an entire career in the private sector that so many of her political lifer colleagues revere. Gladu learned a rough-and-ready French during business trips to Quebec. She is refining it in lessons and takes evident pleasure answering reporters’ questions in French. She’s only been an MP since 2015, but O’Toole had been an MP for about as long when he ran for the leadership the last time.

We all share this grief. On Friday, Maclean’s uploaded its in-depth series on the trauma, hope and loss caused by Iran’s downing Flight 752 in Tehran, which killed 57 Canadians. Read a snippet from our editorial below:

On our cover this month, we offer a Farsi expression of condolence. Mâ Hamé dar in gham shareek Hasteem is literally translated as “we are all partners in this grief” or “we all share this grief.” We have chosen these words over other equally moving Iranian expressions of loss because, together with the Farsi speakers and experts we consulted, we thought it best illustrated a collective spirit of national devastation.

Read more from this issue:

A seat at any cost? Prime Minister Justin Trudeau has been travelling across Africa this weekend, vying to win over nations for a seat on the United Nations Security Council. But many of the 54 African nations whose support he’d need are also run by authoritarian dictators, which puts the moralistic Trudeau in a difficult position: does he ignore the human rights abuses to cozy up to leaders? Or does he play a stronger hand and maintain the grand global image? One insider told The Globe and Mail that Trudeau would not compromise, but we’ve yet to see any evidence of that play out during his trip.

Canada’s public sector has grown by 4.6 per cent from 2018-19, according to a new government report. iPolitics contrasted the growth against a report by the Professional Institute of the Public Service of Canada, which found “the federal government spent nearly $12 billion from 2011-18 on management consultants, temporary help contractors and IT consultants.” Apparently $8.5 billion from that amount has gone specifically to IT consultants. Would somebody please get these people a functioning printer already?

The permanent campaign. If American elections were run under Canadian rules, would it make a difference in the quality or outcome of their races? David Moscrop ponders the answer:

National institutions shape national politics. The United States, once implausibly considered the beacon of democracy for the world, is suffering from an institutional decay. If they were to look north, Americans might not find electoral rules that guarantee perfection, but they would find a saner and more stable way of returning a government by and for the people. [Maclean’s]