PAUL WELLS on Ignatieff's communications director, who died this morning in a motorcycle crash 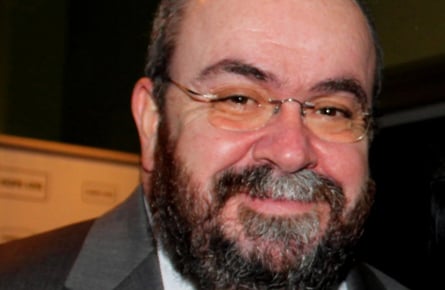 Mario Laguë, Michael Ignatieff’s communications director, died this morning in a motorcycle crash in Ottawa. The news has come as a horrible shock to many who follow politics.

Between 2005 and 2009 I received perhaps a dozen long emails from Laguë, from wherever he was living at the time: Costa Rica, Switzerland, Montreal. I did not know him well when the correspondence began. He was a public servant in Quebec City when Robert Bourassa was premier; his close work with Bourassa gave him, as it gave many who learned from that life-long student of electoral realism, a lasting reputation as an authority on Quebec politics and political strategy in general.

Bourassa made him Quebec’s delegate-general to Mexico City. He left that job rather than pledge allegiance to the sovereignist cause after Jacques Parizeau’s election in 1994. Mario really didn’t want to pledge allegiance to the sovereignist cause: He moved to Ottawa, joined the Privy Council Office and became a key player in the group of civil servants who joined elected officials from Quebec City and Ottawa who, haphazardly to be sure, helped win the 1995 referendum.

In 2004 the newly-minted prime minister Paul Martin made Laguë his communications director. It was an unsteady alliance. Laguë and Martin’s longer-serving advisors often disagreed about what might constitute a smart move. I was doing my best to be Martin’s most prominent journalistic critic but during his time at the PMO Laguë never said a word against his boss or his colleagues to me.

He found himself in controversy when it emerged during the Gomery business that Laguë worked, as a civil servant, on communications strategy surrounding the release of various audits into the sponsorship scandal. I saw no reason to reproach his work, which resembled the work other public servants do before any government announcement, but I suspect there will be some who disagree.

After he won re-election Martin appointed Laguë as Canada’s ambassador to Costa Rica. Stephen Harper would have been within his rights to appoint a replacement after the 2006 election but Laguë told me, in one of the first of those emails, that the new government gave him no trouble. He served out his appointment. In 2007 (my dates are recollections and may be shaky) he took up a job as a communications advisor for an environmental NGO outside Geneva. When I lived in Paris he invited me to come speak to his staff about the way journalists work.

His emails would respond to something I had written on federal politics. Often he wanted to agree with, or gently challenge, something I’d said about Quebec. One thing he agreed on was that Harper was right to view Quebecers as, most days, pretty much like other Canadians in their views on pocketbook issues, crime and culture. But like a lot of Quebecers, he viewed the late-2008 cuts to some arts touring programs as unforgivable, and he sent me a Youtube link to an old documentary about Glenn Gould’s Foreign Affairs-funded tour of the Soviet Union as an example of the good such programs might do. But when a bunch of nationalist Quebec artists posted their own highly successful video mocking the cuts and the Harper government, Laguë was furious because he took the artists to be mocking English Canadians and the federal government in general.

His views, in short, almost never constituted a rote partisan caricature of his opponents, either in Quebec or across the aisle in Ottawa. He saw allies and adversaries as people and believed understanding them with a measure of sympathy was a professional and human obligation. On his return to partisan politicking, with Peter Donolo in Ignatieff’s office last autumn, he worked to better organize the opposition’s communications shop, clarify roles, set higher expectations. He was rarely on the phone spinning to reporters, even more rarely on the phone or Blackberry berating them.

Yesterday afternoon at the corner of Queen and O’Connor in downtown Ottawa he told me he was disappointed I haven’t been on Michael Ignatieff’s summer bus tour yet. Maybe in two weeks, in Quebec’s South Shore and Eastern Townships, he suggested. There’s a thought, I replied. One reason the idea appealed was that I could benefit from spending more time with Laguë. I never did spend enough. This morning thousands of people in Ottawa and across the country have a similar feeling.