Larry Bagnell, a man who goes to the people 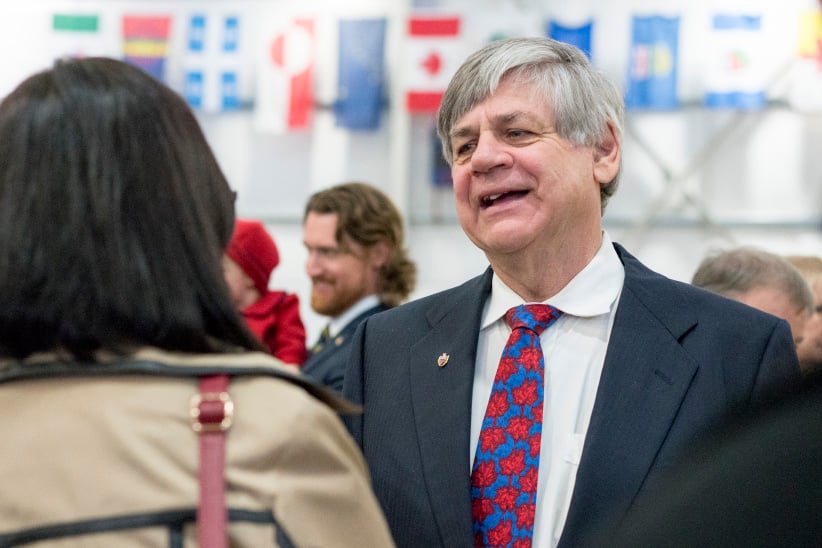 On Nov. 15, Maclean’s celebrated the best of Ottawa with the ninth edition of our Parliamentarians of the Year awards, which were handed out based on the results of a secret-ballot survey of their peers in the House of Commons. Liberal MP Larry Bagnell was honoured as the MP who best represents constituents in 2016. View the full list of award winners.

When Larry Bagnell is in Ottawa, most nights he just sits at his desk, working until the wee hours. But when the Yukon MP is at home, he gets out to meet as many constituents as possible.

“People think I have a clone almost, because I’m at so many things,” he said. Bagnell says he’s guided by advice from John Buchanan, a former senator and Nova Scotia premier, that politicians shouldn’t wait for people to come to them—they should go to the people.

Bagnell thinks people in a territory as massive as the Yukon “might not expect to hear from their MP,” but he travels all over to hear their concerns, even checking in on small places like Keno Hill—whose 11 residents mostly like to vote against him. He also does his best to answer the “hundreds upon hundreds” of emails he receives each week.

These days, Bagnell is preoccupied with Bill C-17, legislation that includes four amendments to the Yukon Environmental and Socio-economic Assessment Act. The bill primarily affects his own riding and he said passing it is important to the First Nations, mining industry and environmentalists he represents.