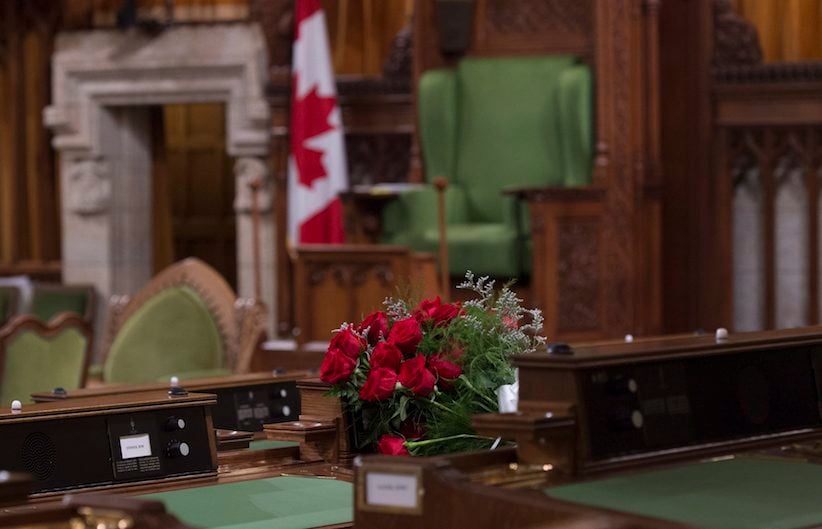 OTTAWA — A day that normally would have seen parliamentarians pulling out their sharpest partisan darts was instead replaced Wednesday by a rare coming-together of MPs after the sudden death of Alberta Conservative MP Jim Hillyer.

The 41-year-old died in his office after returning to Ottawa this week following surgery to treat an infection in his leg.

He came back for the Liberal budget on Tuesday, but what should have been the first day of debate on it was instead deferred to honour Hillyer’s life and work.

Interim Conservative leader Rona Ambrose wiped away tears as she rose, referring to Hillyer as a colleague and friend with a goofy sense of humour who used his determination to champion causes including cancer advocacy and justice system reform.

She described him as a dedicated husband and father and a man of strong faith and conviction.

A bouquet of red roses sat on his desk in the chamber Wednesday as leaders rose to pay tribute.

Among those who admitted to not knowing him well was Prime Minister Justin Trudeau, who Hillyer once called “Pierre Trudeau’s pompous parliamentary prince.”

Trudeau said Wednesday there was a lesson to be learned from Hillyer’s death — that MPs should spend more time getting to know one another.

“If today’s tragic experience, which we all share, having lost a member of the family, is to have any positive outcome, let is be that we do take a little more time in the occasions afforded to us, hockey rinks or soccer fields, after work in the watering holes around Ottawa, that we do take a little time to get to know each other a little more because we are bound together, all of us in service to this great country,” he said. 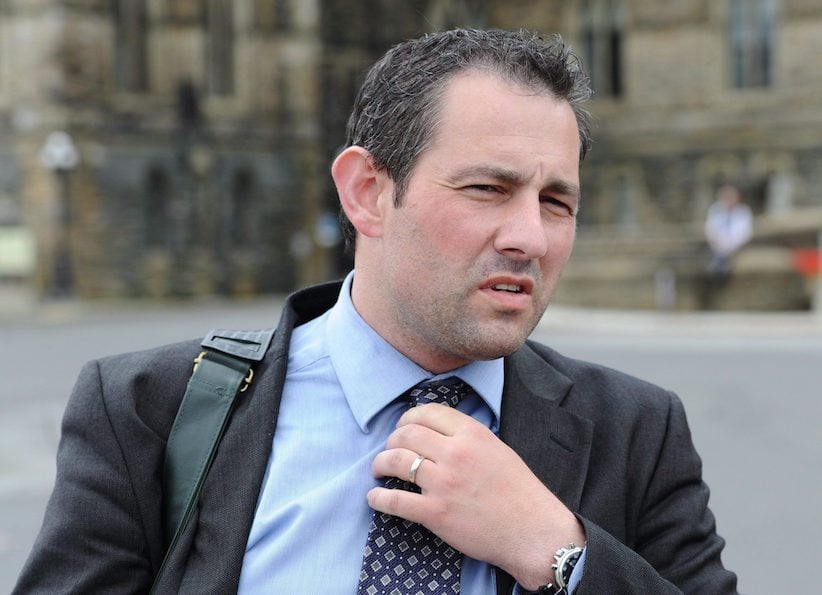 Hillyer broke his leg in a skiing accident in 2013 and took three weeks off for surgery and rehabilitation. But he was plagued with infections that required subsequent surgeries. He often walked with a cane and some were surprised to see him back on the Hill this week after his latest hospital stay.

“He always fought and overcame those struggles,” said fellow Conservative MP James Bezan, who said Hillyer had been in good spirits upon his return.

“We always have to keep in the back of our mind our days are numbered and we don’t know when our number is up,” Bezan added.

The death cast a pall over the Commons proceedings and leaders agreed to adjourn the sitting as soon as leaders’ tributes were done.

Hillyer was first elected to the House of Commons in 2011 for the Lethbridge riding in a campaign where he avoided interviews and was nicknamed “the man who wasn’t there.” But he won the seat easily and was re-elected in a landslide last fall in the new riding of Medicine Hat-Cardston-Warner.

Hillyer was a cancer survivor and had a bone marrow transplant in 2003.

He leaves a wife and four children.

“Jim leaves behind a loving family, a legacy of hard working public service and a profound commitment to his faith,” Mulcair said.

“These are qualities that will define his memory in this place.”