Nov. 2: Support for a carbon tax has increased in the wake of the Trudeau government's announcement about rebate cheques, and Saskatchewan saw the biggest gain 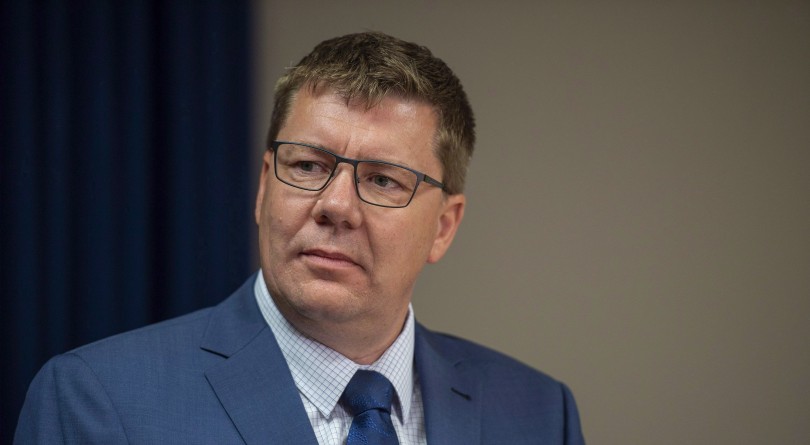 A day after the federal government revealed its plan to ramp up the number of immigrants to Canada over the next three years, the Liberals launched a pro-immigration charm offensive, including an “Immigration matters” website. “We cannot take what we have for granted,” Immigration Minister Ahmed Hussen said in launching the campaign. “The anti-immigrant, anti-refugee rhetoric that is all around us — we are not immune to that.”(CBC News)

Citing labour shortages in parts of the country, the federal government’s plan is to increase the number of immigrants it brings in each year to 350,000 by 2021, a figure roughly equal to one per cent of Canada’s population. Currently the target sits at 310,000. Close to two-thirds of those newcomers will arrive under economic immigrant programs. (Canadian Press)

The Conservatives struck back at both the hike in immigration levels and the government’s new pro-immigration campaign. Immigration critic Michelle Rempel said Prime Minister Justin Trudeau has “no social license” to increase immigration levels because of how the Liberal government has handled the issue of asylum seekers, and dismissed the new website initiative as an “advertising campaign (!!)to moralize his failed immigration policies.” (CTV News, Twitter)

Contrary to what some have argued, maybe you can buy carbon tax support after all. A new Angus Reid poll found 54 per cent of Canadians now support a carbon tax, up from 45 per cent in July. The province with the biggest increase? Saskatchewan, where residents stand to get the largest rebate cheques from Ottawa. Even so, more than two-thirds of people in Saskatchewan still say they’re dead set against carbon taxes. (Global News)

More details are emerging about Quebec Liberal MP Nicola Di Iorio‘s disappearing act. The Montreal-area MP hasn’t been seen in Ottawa since the House resumed sitting in September. Back in April Di Iorio, who’s been moonlighting at his law job in recent weeks, had said he was resigning for “family reasons.” But then the Liberals told him that, no, he couldn’t anoint his chosen successor, and Di Iorio apparently changed his mind about leaving. (CBC News)

Canada’s Privacy Commissioner Daniel Therrien warned that unless the Trudeau government changes the rules so that federal political parties are subject to privacy laws, voters could see their private information used against them. “Individual privacy is not a right we simply trade off for innovation, efficiency or commercial gain,” he told a parliamentary committee looking into the Facebook-Cambridge Analytica scandal. “No one has freely consented to having their personal information weaponized against them. Similarly, we cannot allow Canadian democracy to be disrupted, nor can we permit our institutions to be undermined in a race to digitize everything and everyone, simply because technology makes this possible.”​ (CBC News)