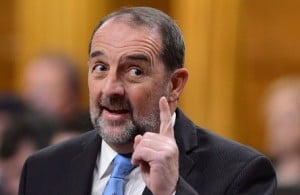 OTTAWA — Opposition Leader Rona Ambrose has chosen a veteran Quebec MP to serve as deputy leader of the Conservative caucus.

Denis Lebel had been among the candidates vying for the post of interim leader last month, but lost out to Ambrose for the top spot.

He’s largely considered responsible for the party’s better-than-expected showing in that province in the October election; there are now 12 Conservative MPs from Quebec.

Lebel says he’s excited to represent the values of Canadians in the House and being a strong opposition voice.

Scheer, who represents a Saskatchewan riding, says he’s experienced life on the opposition benches and is used to some of the work that entails and will also bring his experience as Speaker to his new job.