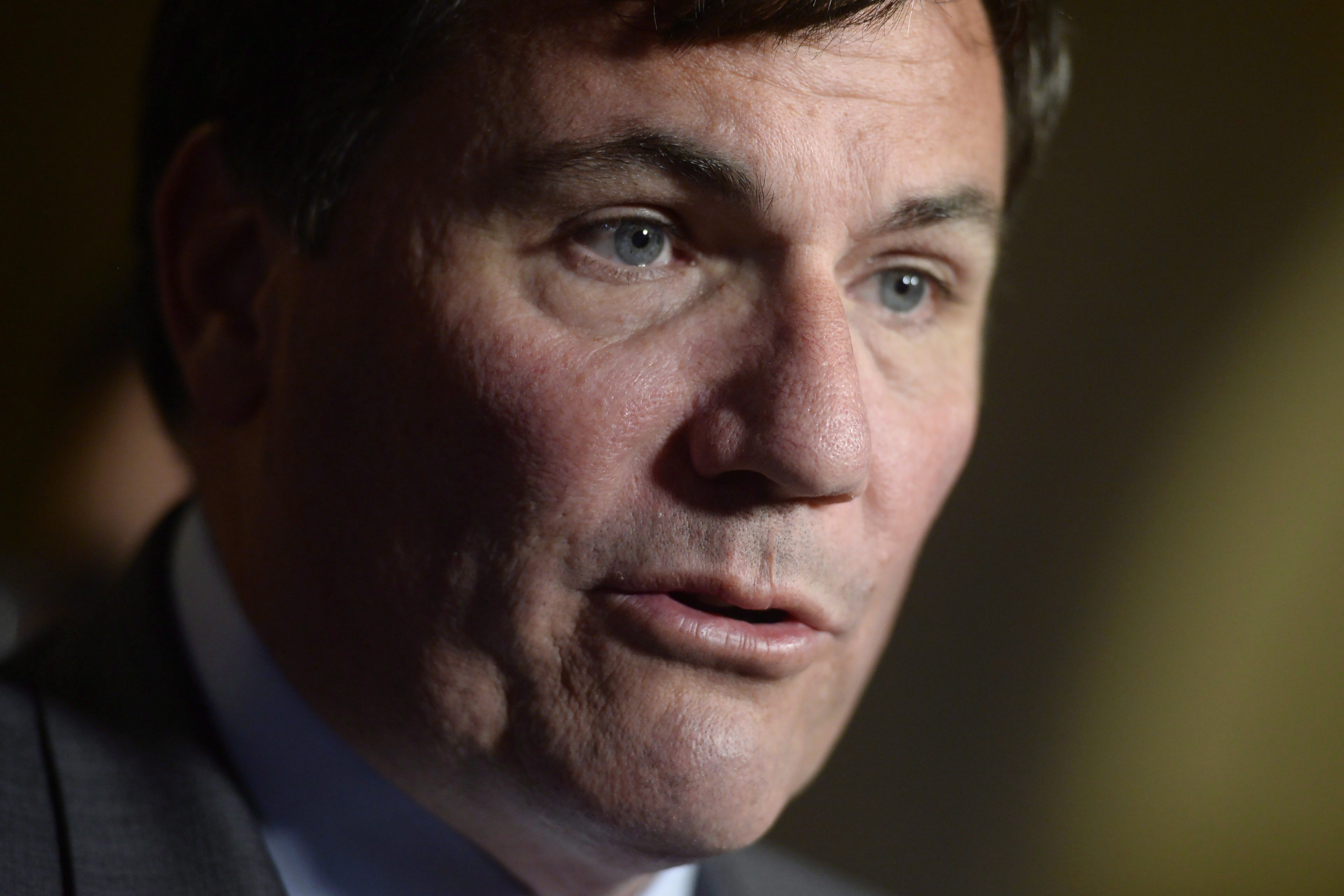 Goevrnment House Leader Dominic LeBlanc answers a question in the foyer outside the House of Commons on Parliament Hill in Ottawa on Wednesday, May 18, 2016. THE CANADIAN PRESS/Adrian Wyld

OTTAWA – Prime Minister Justin Trudeau’s Liberal House leader seems to be dropping hints that it might be time for a change of cabinet portfolios.

Dominic LeBlanc, who has the critical job of shepherding the new government’s agenda through the House of Commons, recently added the Fisheries portfolio as a result of the sudden departure of Hunter Tootoo to deal with addiction issues.

At a World Oceans Day summit today in Ottawa, LeBlanc made what sounded to some like a very public pitch to make fisheries his full-time job.

LeBlanc told the crowd, including two of his fellow cabinet colleagues, that Trudeau had been teasing him about doing a part-time job as House leader — “so imagine how bad it will be now” that he’s added a second portfolio.

The Liberals have had a rough time getting their legislative agenda on track and have had a couple of embarrassing missteps in mustering their majority for votes in the Commons.

With some cabinet ministers seen to be underperforming and Tootoo’s recent departure, rumours are swirling that a cabinet shuffle could be in the offing less than eight months after the Liberals won office.

LeBlanc, a veteran New Brunswick MP and close friend of Trudeau, says that despite having been fisheries minister for just eight days, he’d like to leave a “legacy and footprint” in the portfolio.