Let the light in

Harper has often denied his critics an avenue to attack him. The future may not be so easily controlled. 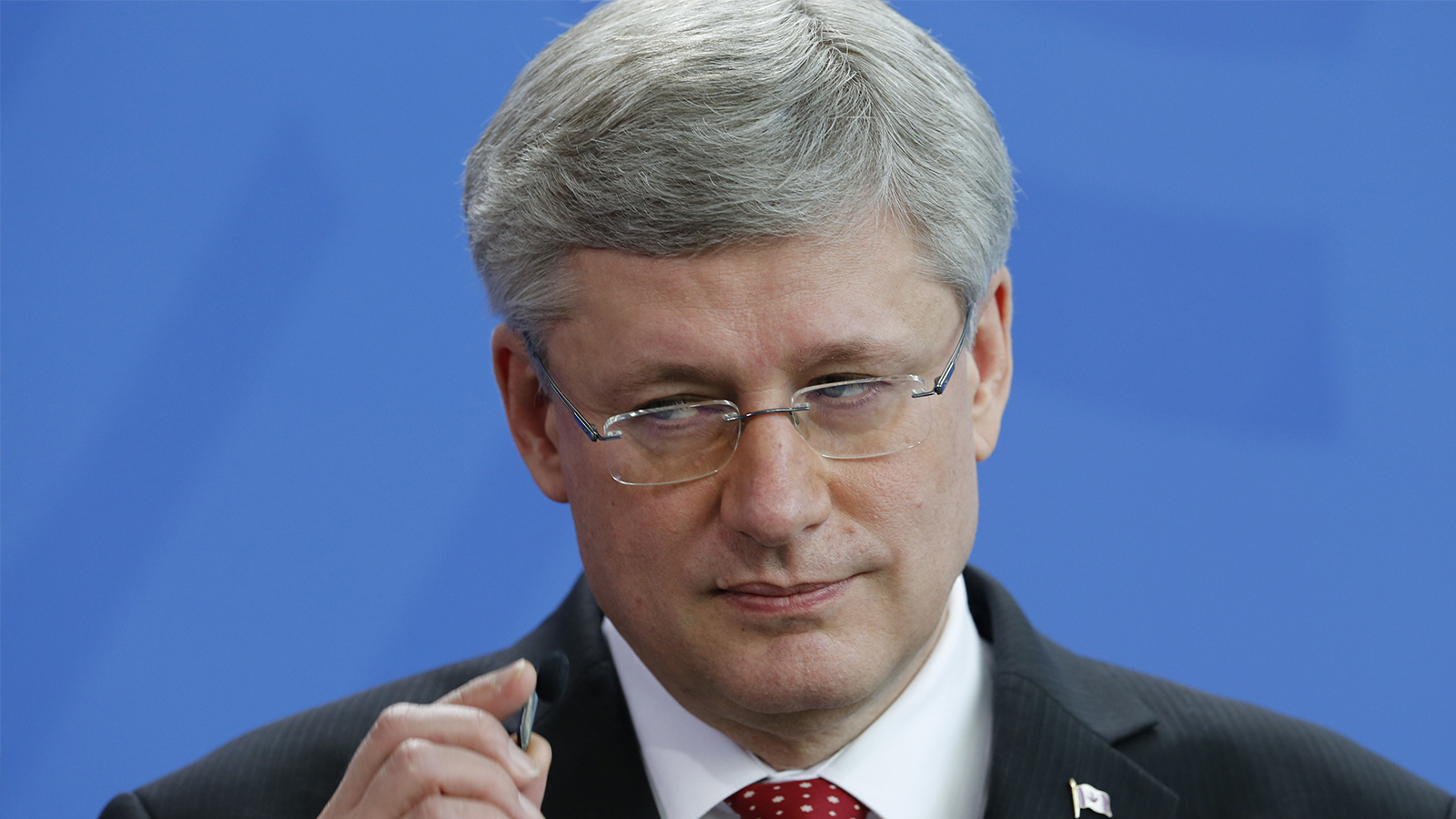 The sustained uproar over Democratic Reform Minister Pierre Poilievre’s bid to change how Canadian elections are run raises a nagging question: Why doesn’t Stephen Harper’s government, if only to avoid this sort of trouble, consult more with experts? After all, the backlash against the so-called Fair Elections Act might have been avoided, or at least minimized, had Poilievre only talked over his plans with chief electoral officer Marc Mayrand, some top provincial election officials and a few respected specialists—pretty much all of whom have come out against his legislation. Even if he didn’t accept all of their advice, Poilievre could have cherry-picked what he liked and legitimately argued he’d at least considered the rest.

To Harper’s critics, this looks like business as usual. His Conservative government has often seemed reluctant to consult and compromise, starting with Harper’s own refusal to hold regular meetings with provincial premiers. Yet there are other, less publicized cases that cut against that grain. Consider the example of Industry Minister James Moore’s new Digital Privacy Act. The bill deals with sensitive issues about how companies deal with personal information. Like Poilievre, who had to be concerned about the chief electoral officer’s reaction when he was drafting his election reforms, Moore had a federal watchdog to worry about—interim privacy commissioner Chantal Bernier. But, unlike Poilievre, who froze Mayrand out after a brief meeting last summer, Moore carefully included Bernier in his deliberations. He met with her in February, and with her predecessor last October, and his staff consulted with the commissioner’s officials.

The upshot: Bernier greeted Moore’s bill by saying it contains “some very positive developments for the privacy rights of Canadians in relation to private sector companies,” although she plans to study it in more detail. That’s a valuable, if tentative, endorsement for Moore to carry into what might be a heated debate. So why isn’t this sort of cultivation of key support not standard procedure for this government? The different personal styles of cabinet ministers is obviously a key factor. But senior Conservatives say there’s more at play here than individual foibles.

For starters, says Goldy Hyder, president of the consulting firm Hill and Knowlton Strategies Canada and a long-time Conservative insider, the assumption that Poilievre would have been better off consulting the experts is wrong. Hyder contends that the backlash led by Mayrand, and supported by legions of experts—especially against Poilievre’s plan to outlaw the practice of one voter vouching for another who arrives at a polling station without normal ID—doesn’t resonate beyond media circles. “Polling isn’t showing any reaction,” he says. “The general population out there likes the idea of identification. The government will win that battle and is winning that battle.”

The notion that experts can often be safely ignored goes back to the Harper government’s formative stages. They defied conventional wisdom among economists by cutting two points off the goods and services tax, and ignored the views of most criminologists by stressing new mandatory minimum penalties as the backbone of Harper’s law-and-order policy—without paying any discernible political price. Sometimes major policy changes are simply dictated to the provinces, rather than discussed in advance. Jim Flaherty, the former finance minister who died earlier this month, shocked provincial finance ministers in late 2011 by imposing cuts to the growth of health transfers. No debate. No concessions. “The traditional route would have been to put the ministers in a room and say, ‘Here’s what I’m thinking about,’ ” Hyder says. “It’s not a style this government has utilized.”

However, Flaherty’s Canada Job Grant, announced last year without a whisper of consultation, sparked a fierce provincial backlash by proposing to shift hundreds of millions in Ottawa’s funds from existing federal-provincial training programs to pay for a new plan that would involve employers. In this case, the provincial resistance was unrelenting. After last summer’s cabinet shuffle, Jason Kenney was made employment minister, and given the cleanup task of winning over the provinces. He coaxed them onside, but only by accepting major compromises in the design of the job grant scheme.

Advocates of traditional federal-provincial consultations argue that Kenney’s high-stakes salvage effort wouldn’t have been necessary, had Ottawa just talked with the provinces in advance. Hyder doesn’t see it that way. On the job grant experience, he says, “It caused a little bit of pain, but they got a deal.” More broadly, he argues that “leading with policy,” rather than endless meetings, works. “Put it out,” he says, “but don’t get into a room where they are going to gang up on you.”

Not only has Harper avoided being ganged up on, he’s actually dismantled some gangs. The National Round Table on the Environment and Economy, whose recommendations for curbing greenhouse gas emissions Harper wasn’t enthusiastic about, was shut down last year. Health Canada’s Sodium Working Group, which rankled the grocery and restaurant industry by urging for less salt in processed food, was disbanded in 2011.

If the Harper government has been able to deny its critics official federal platforms, Hyder points out that social media can’t be similarly controlled. He predicts a trend toward more consultation in the future, but not through traditional, expert-driven groups. “Consultations in the past were largely controlled—the usual people came out, the left said this, the right said that, and the government found something in the middle to do. But now we’re in an era in which the notion of public engagement has taken on a much broader meaning,” he says. “It’s going to happen without you, on Twitter, or other social media forums. Governments are forced to ask, ‘Where do we play on this? How do we catch up with this?’ ”

One area in which wide consultations might be unavoidable is Aboriginal affairs. In landmark decisions in 2004 and 2005, the Supreme Court of Canada ruled that the federal government had a duty to consult with First Nations in decisions that might affect Aboriginal rights. Beyond that legal obligation, staunch opposition from First Nations has emerged as a major obstacle to Enbridge’s proposed Northern Gateway pipeline across northern B.C. The federal government has faced harsh criticism for failing to launch early, effective consultations on the pipeline, even from Jim Prentice, a former Harper minister turned bank executive, who is now working for Enbridge to try to get talks with First Nations back on track. Perhaps as a sign of a new approach, Aboriginal Affairs Minister Bernard Valcourt has pursued extensive consultation on First Nations education reforms, a file on which Harper has taken a direct, personal interest.

But any hint of Harper showing selective openness to more consulting is, for now, at least, overshadowed by Poilievre’s rigid stand on his elections bill. A Senate committee, dominated by a Conservative majority, this week joined the chorus asking him to bend. If Hyder proves right and public opinion doesn’t turn against Poilievre, he may yet outlast them all, making his non-consultative approach seem shrewd. If popular sentiment turns against him, though, and he’s forced to retreat, then those other, less-noticed examples of federal consultation might end up looking, not only like a good way to develop policy, but a smart way to do politics.