Let's not pretend pot puns will ever go out of style

Politics Insider for Aug. 29: What Scheer's Catholicism means for the abortion debate, why pot isn't gold for the Liberals and Doug Ford appeals to Ottawa 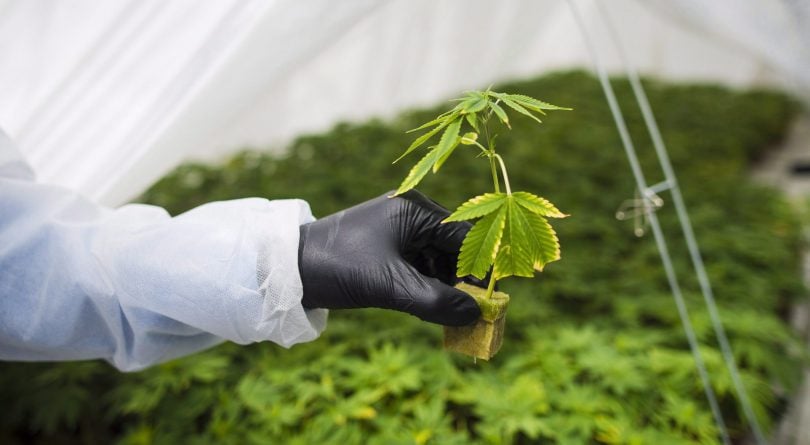 The root system from a cannabis cutting is photographed at the CannTrust Niagara Greenhouse Facility during the grand opening event in Fenwick, Ont., on June 26, 2018. (Tijana Martin/CP)

Whatever the provenance of the newly kindled conversation about Andrew Scheer’s views on abortion—fine, the Liberals started it—Michael Coren wonders in Maclean’s if Scheer’s Catholic faith would compel him to pursue an anti-abortion agenda should he become Canada’s next prime minister. The big question is this:

If someone is morally, religiously, and scientifically certain that abortion is the killing of a child, should we believe them when they tell us that once they have the opportunity and power to prevent or reduce abortion they simply won’t do so? [Maclean’s]

Yes, we’re still making pot puns: In one of the great ironies of the Trudeau era, most of the ridings where Canada’s cannabis boom is creating jobs will go solidly blue on election night. It’s almost as predictable as it is ironic: pot companies need wide open spaces, and they find more of that in right-leaning hinterland, not left-leaning cities. As 338Canada’s projections make clear, rural Canada ain’t high on Trudeau. [Maclean’s]

Speaking of polls, Narrative Research has a new spotlight on how Atlantic Canada would vote today. The takeaways: Liberals are solidly in first after a dip in the spring, and outside of Newfoundland and Labrador, the Greens have supplanted the NDP as third choice. [Narrative]

Yesterday, PM Justin Trudeau spent the day in “private meetings” in Ottawa, according to his public schedule. Today, he’s on the other side of the country in Surrey, B.C., with Premier John Horgan and Jonathan Wilkinson, the federal fisheries minister. (The Liberals hold all three Surrey ridings, but 338Canada projects one of them leans Conservative—and only one is safely red.) The setting of choice tomorrow is the BC Hydro Trades Training Centre. [The PM’s itinerary, 338Canada]

B’bye, NEB: The National Energy Board, the federal regulator of major resource projects so often in the news when pipelines are approved (or not), has been replaced. A warm welcome to the new Canada Energy Regulator, helmed by CEO Peter Watson, who makes the jump from his job as NEB chair and CEO. [Announcement, Biographies]

That was predictable: Doug Ford’s crew is taking Ontario’s carbon-tax fight to the Supreme Court. Just days after the premier appeared to muse about abandoning the legal battle if Trudeau were re-elected in October, Ford’s cabinet apparently decided it still believed the federally enforced carbon price was unconstitutional. On to Ottawa, then. [CBC News]

A former Stephen Harper economic advisor, Sean Speer of the Macdonald-Laurier Institute, just published a paper that warned of a potential populist wave that could wash over Canada. The culprit, Speer says, is a commentariat of politicians, economists and journalists who focus too much on topline economic trends—and not enough on people left behind. We offer our own analysis on Canadians who don’t feel heard: John Geddes on our anxiety about personal finances, and Nick Taylor-Vaisey on what focus groups told the government about their biggest economic fears. [Postmedia]

The first debate: That’s how HuffPost officially characterizes the upcoming Maclean’s-CityTV national leaders debate (mark your calendars for Sept. 12 at 8 pm ET!). They asked the Liberals if they’ll send Trudeau. The answer is still neither yes nor no. Rest assured we’ll let you know as soon as we know. [HuffPost]