Let's see what our celebrity judges make of this, shall we?

First, the issue of the day:

VICTORIA, Oct. 11 /CNW Telbec/ – Three senior Canadian members of the 2007 Nobel Prize winning Intergovernmental Panel on Climate Change (IPCC) are calling on Elizabeth May to lead Greens to make the difference in more than 50 close ridings where the Conservatives are set to win with a fraction of the expected Green Party vote. The leading Canadian climate scientists making the call are Dr. Andrew Weaver from the University of Victoria, Dr. William Peltier from the University of Toronto and Dr. John Stone from Carleton University.

Riding projections on VoteForEnvironment.ca and seat models from various polling companies show that in the so-called 519 and 905 regions, and across southern BC the Green Party vote is many times greater than the Conservative margin of victory.

“It looks like the unprecedented desire to vote for the environment could result in a terrible three way split of environmental voters in key ridings. Elizabeth May and her appeal have an extraordinary opportunity to make the change the Green movement wants to see in our government. Ms. May and the Greens alone can help make the difference between the Harper majority that the climate scientists fear and a Liberal minority under which great progress can be made to fight climate change.”

Doctors Weaver, Peltier and Stone were part of the group of 124 prominent climate scientists who called for strategic voting to defeat the Conservative government.

VoteForEnvironment.ca uses the most recent polling and the 2006 election results at the riding level to mathematically estimate results in each riding. The tool uses the same method pollsters use to make seat projections. It is available so citizens can decode what the various polls mean in their voting choice and if their vote could help make the difference to stop a Conservative victory in their riding.

“Look at Oakville,” said Dr. William Peltier from the University of Toronto.

“The Conservative in Oakville is set to win by about 1200 votes. In that riding May and the Green party will probably draw well over 7000 votes. If even a portion of those Greens act it will make the difference. There are dozens of ridings like Oakville. It looks today like Conservatives will squeak out a win over NDP and Liberal candidates in key ridings where the Greens under May are so strong that, if they used their votes to make change, it would happen.”

“Right now if May were to act to lead the growing Green force she has inspired, she could change the result of this election,” said Dr. John Stone from Carleton University.

“I think changing the government by acting in a narrow band of ridings is more important to environmental voters than the $1.83 parties get per vote. May should make clear that she believes the government needs to change and the election is in the hands of green voters in key ridings.”

Visit VoteForEnvironment.ca to download a spreadsheet of all the ridings where the Green vote can make the difference.

And now, our two celebrity judges: 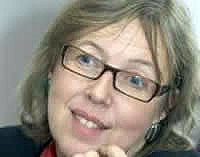 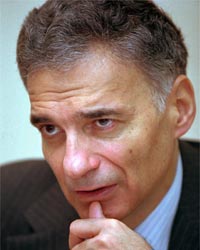 FILED UNDER: Election Watch Hobson had to make a choice too