Justin Trudeau was a hard act to follow, but the next speaker defined the most important issue of the 2019 election

At the Liberal convention, Dr. Danielle Martin argued a national pharmacare program is long overdue: 'No rational person would design a healthcare system this way' 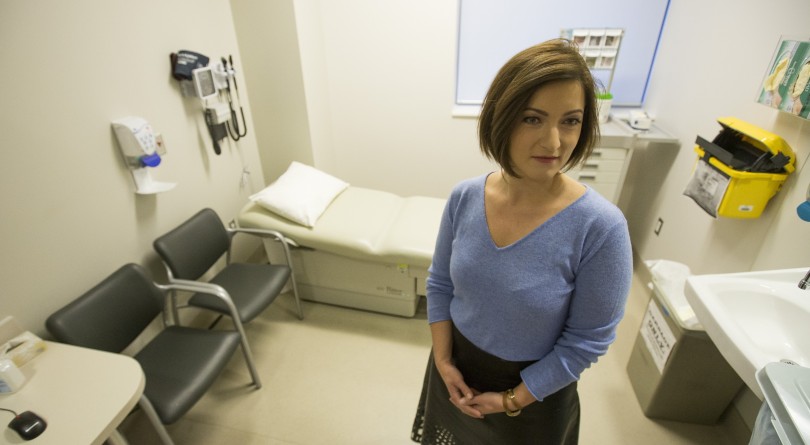 “Friends, we need a real fix,” said Dr. Danielle Martin, in her speech on Saturday to an audience of Liberals. “We need the same attitude, the same attention to detail and the same bold leadership that Liberals brought to the creation of Medicare. We need true national pharmacare, a plan for everyone.”

READ: Justin Trudeau’s speech to the Liberal Convention a rehearsal for 2019 election

At the convention this weekend in Halifax, the resolution that received the most support was a call for national pharmacare, or “universal access to necessary medicines,” which is poised to become a defining election issue in 2019. Trudeau has created an advisory council on national pharmacare, and the Standing Committee on Health declared its support for pharmacare last week. However, at the convention, the Prime Minister didn’t touch the topic, and it was Martin, a doctor on a mission to improve medicare, who argued pharmacare is the overdue, logical completion of a health care system that’s been un-universal since 1966.

“No rational person would design a health care system this way,” she said. “No society worthy of its name should put up with such situations.” Martin works at Women’s College Hospital in Toronto and has written a book, Better Now, full of ideas to improve Canadian healthcare.

“Imagine you come to my office,” she said in her speech, “but when it’s time to actually treat you, to actually make you better, if that treatment involves drugs and you can’t afford them, sorry. You’re frightened, you’re sick, and now you’re on your own.”

Martin cited statistics that one in five Canadians doesn’t take the prescriptions they need due to financial concerns, and she mentioned examples of patients like a cab driver who must choose between paying his children’s tuition or buying medication for his diabetes and high blood pressure, and a mother with multiple sclerosis who has drug insurance but still must come up with thousands of dollars to cover the deductibles.

“Be it resolved that the Liberal Party of Canada urge the Government of Canada to amend the Canada Health Act by adding prescription medicines prescribed by a licensed practitioner…” reads the resolution passed at the convention. Its justification includes the estimate of the Parliamentary Budget Office that pharmacare would save the country $4-11 billion per year.

The next top two most supported Liberal resolutions this weekend also related to health: to include mental health services in medicare and the Canada Health Act, and to address the opioid crisis through a public health approach. Although Sophie Grégoire Trudeau is a mental health advocate, she didn’t touch the resolutions in her speech Friday, nor did the Prime Minister talk about health care (though for his own health, the next morning, locals say he went for a run in Halifax’s Point Pleasant Park).

“As we get closer and closer to real change,” said Martin, “the pressure will mount from organized and powerful interests—pressure to nibble around the edges of these issues, to call that ‘pharmacare’ and then to call it a day.”

She called for a detailed plan for bulk purchases of drugs and interventions to reduce harmful prescribing. “Are we there for one another when we’re at our most vulnerable? Do we place people’s wellbeing above wealth? Do we believe that good health leads to good outcomes like a strong economy, more cohesive community and more fulfilling lives?”