Feds to spend $32 billion over 10 years on infrastructure 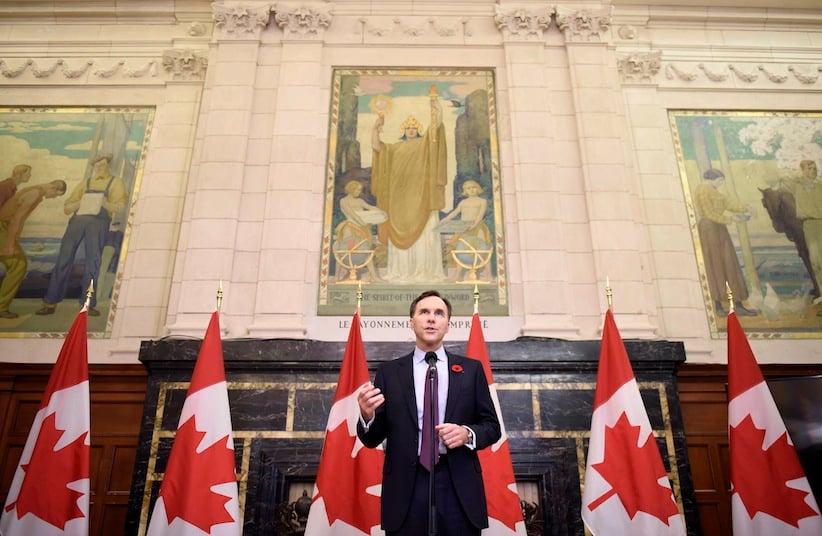 OTTAWA – The Trudeau Liberals are swinging open the doors to the federal treasury to push some $32 billion more out the door in the coming decade for infrastructure projects.

That includes $15 billion in cash for a new infrastructure bank designed to lend out private and public cash to cities and provinces for large transit project, energy grid improvements and trade corridor projects like ports, bridges and roads.

On top of that, the government aims to add extra billions in seed capital for the new bank, money which would come in the form of equity or debt and would not affect the government’s bottom line.

In all, the federal government is expecting to spend $81 billion over the coming 11 years on an infrastructure program that the Liberals see as a cornerstone of their economic agenda.

Finance Minister Bill Morneau said the extra cash and new infrastructure bank are part of the government’s way of facing up to a challenging economic situation.

“This plan is about how we can make a real difference for the middle class and Canadian families over the long-term,” he said.

“It’s about knowing that one, two, and three decades from now we can have a more productive economy. We’re going to get this going in the near-term so we can create good jobs.”

The first tranche of money in this year’s budget, about $11.9 billion, was aimed at getting money out the door quickly to refurbish and renovate aging and crumbling infrastructure across the country. Provinces and cities were asked to submit projects that were shovel ready or could be done in the next two years.

So far, some 760 projects have been approved for funding with about two-thirds either started or completed.

The remaining funds, about $48 billion, are to flow to provinces and cities to build what the government calls transformative projects, such as large-scale transit projects designed to alleviate congestion on clogged highways.

The specifics of how the expanded plan will work are to be outlined in next year’s federal budget.

The bulk of the new money is forecasted to be spent in 2027 and 2028, by which time the country will have gone through three more federal elections.

Morneau’s economic advisers recommended the government create an infrastructure bank to attract private sector dollars for major projects, possibly generating $4 to $5 in private funding for every $1 of federal money.

The government plans to infuse the arm’s-length bank with $15 billion in cash, taken from the extra money outlined in the economic statement, to pay for projects that may not turn a profit.

The government also plans to provide $20 billion in capital that the bank would provide in loans, with the repayments preventing a hit to the government’s bottom line. Federal capital, backed with private investments, would target projects that generate profits like water and hydro rates, and road tolls.

Government officials hope the new bank, which Morneau said would be up and running next year, will prod cities and provinces to look for a private sector partner for projects that are on the cusp of being commercially viable, such as mass transit projects.

Morneau said the government will begin work immediately to create a pipeline of projects for the bank to fund. The bank will formally come into creation after budget legislation is passed, Morneau said.