Stepping down, but not quietly, Suzanne Legault urges reforms to open up Ottawa 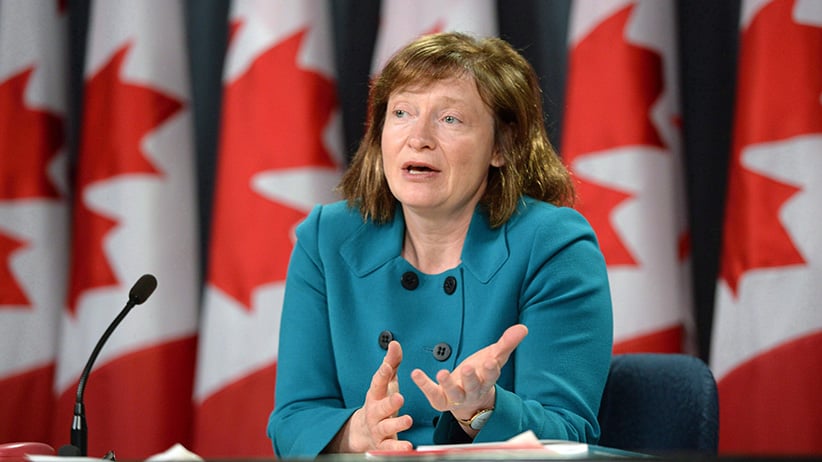 Suzanne Legault surprised official Ottawa early this month by announcing that she would not seek another term as Information Commissioner of Canada when her first seven-year mandate runs out near the end of June. As the government’s information watchdog, she investigates complaints about federal institutions that fail to release documents requested under the 1982 Access to Information Act.

Legault has also become a tenacious, high-profile advocate for modernizing that law—reforms along the line the Liberals promised in their 2015 election campaign, but have now indefinitely delayed. Legault spoke to Maclean’s in her Gatineau, Que., office early this month on the troubled state of Canada’s freedom of information regime.

Listen to John Geddes in conversation with Suzanne Legault

Q: You’ve been around the Office of the Information Commissioner of Canada for more than a decade now, the past seven years as commissioner. Is it too complicated, given the tens of thousands of investigations you’ve been involved with, to talk in broad, overview terms? Is there a way to frame the change you’ve witnessed in that time?

A: When I first arrived we definitely had two broad issues in terms of access to information, if we want to simplify it. One was timeliness of responses and the second was the amount of disclosure. It’s very instructive when we look at the statistics that are collected by the government over time. If we go back, the pinnacle was really around the years 1999-2000, when we had 69 percent of the requests that were responded to in 30 days.

Q: Somebody made a formal request for information, within a month they had an answer?

A: Sixty-nine percent of the time, out of the total amount of requests. And we had about 40 per cent of requests where all the information was disclosed.

The lowest point since I’ve been here was around the years 2010-2011. We were looking at 55 per cent responded to within 30 days, and the disclosure level had gone down to about 25 per cent. That coincided with my office doing these fairly extensive report cards. We made some very specific recommendations out of those. What has changed since then is we’ve been going back up slightly every year in terms of timeliness and disclosures.

Q: Faster and more being disclosed as well?

A: Where we are at in terms of timeliness right now is about around 65 per cent back with responses within 30 days. However, the story is not so great on levels of disclosure, which is really still hovering around 26 or 27 percent disclosed. So that’s where we need to do a lot more work.

Q: Let’s talk about how that work might be done. The Liberals ran in 2015 on a platform promising sweeping reform of the Access to Information Act. But Treasury Board President Scott Brison, who is responsible for enacting those reforms, has recently put them on hold, after earlier pledging to move on some changes this winter. That must be frustrating for you.

A: Well, it’s extremely disappointing for sure. As you know, this is something that’s very important to me, but also it’s important for accountability of government. It is fundamental. And so I am hopeful that the government will still go ahead. But at this time the signals are that it’s going to be delayed. We don’t know until when.

Q: Do you know why? Has someone told you?

It’s complex. I understand that. But these issues have been on the table and have been debated. They have been researched. There have been many reports. There are multiple examples of more progressive legislation on all of these fronts across the world. So it is complex, but that doesn’t mean that it can’t be done, and it should be done on a timely basis.

Q: I know that there are many categories of exemptions from the existing access to information law, reasons that information can be withheld. But is it possible for you to single out two or three priority areas? Where are we not getting information right now that you think we could get with a reasonably quick reform of the law?

A: Probably the most fundamental one is the advice and recommendations [given by government officials to cabinet ministers]. That is in my view a very easy fix. It’s easy to fix it such that the options being presented [by public officials] are considered to be disclosable.

Q: What you’re saying is that if a senior public servant gives, let’s say, three alternatives to a minister and says, ‘Look, here are some ways we can go on this,’ currently we don’t get to see what those options were. And you’re saying, amend the act so those options must be made public.

A: Exactly. Be more clear. Make sure that all the factual information that is part of these advice and recommendations documents is also legislated as something that needs to be disclosed. There’s no time limit right now on that exemption. It would be fairly easy to limit it in time, maybe to something like five years.

Q: So, if I’m that senior bureaucrat, and I’ve given my advice, that advice might not become public immediately, but it would be within a reasonable period of time, maybe in five years?

A: Well, that would be a good first step.

Q: Five years sounds like a long time to a journalist.

A: It is a long time. But, at very least, what you need to have is an exemption that’s limited in its scope. So factual information disclosed, options disclosed, and that [requirement] being specifically mentioned in the legislation. And the overarching amendment that you need, for all of the exemptions in the act, is to have a public interest override.

Q: Who decides what’s in the public interest?

Q: Should the person in your chair get to decide at the federal level?

A: That’s a very interesting question. In the British legislation, the commissioner actually can override a public interest decision from the government. And that’s a very, very powerful provision.

A: Of course. That’s a recommendation I made in my modernization report. It definitely requires leadership and courage to put something like that in an access to information law.

READ MORE: Suzanne Legault on her report on government secrecy

Q: I work in Ottawa. Public servants I know say the kind of disclosure you’re talking about will create a psychological restraint on bureaucrats. They’ll be afraid to put the boldest and potentially most controversial ideas on the table because they’ll know in advance that advice will eventually become public. What if I said to you, what we want is the best and most candid advice from bureaucrats, and what you’re proposing would discourage that?

A: I’m just saying that, in this day and age, when we have open-government movements, the whole idea behind that is to engage our citizens in policy options. Most of the time policy options can be researched; they are not necessarily state secrets. It is a different way of operating a government, and it’s a different way for [bureaucrats] to see their work in terms of providing advice and recommendations to their ministers. But it also does something else. It puts a lot of accountability for decisions that are made at the political level, when the options that are being considered are actually in the public domain.

Q: It means that politicians would be somewhat more accountable, because people will see what choices were on the table, and not only what they decided to choose.

A: Exactly. It is a much more informed debate for citizens to have with their governments. So, does it mean that it is really a change in the way that we would operate as a bureaucracy and as a government? Sure. No one’s denying that. But this is where most progressive norms are right now.

Q: We’re behind other countries on this kind of disclosure of information about government decision-making?

A: We’re very much behind. The Centre for Law and Democracy Index really puts us in the middle of the pack.

Q: Who’s at the top of the pack internationally?

A: Mexico has now been put to the top. They do have very progressive legislation. They’re very progressive in terms of the coverage. They really cover all three branches of government, which our legislation doesn’t. That goes back to another recommendation, which is whether or not Canadian cabinet ministers’ offices should be covered by the legislation.

Q: And why should they be, in your view?

Q: Does that mean we’d get some information from ministers’ offices but maybe not everything?

A: We never get everything and no one is advocating for full disclosure of everything. What we are saying is that we don’t have the right balance between transparency and the necessary protection that we need to have. Currently, we have a piece of legislation that really acts as a shield against disclosure.

Q: If you’re right about that, then reform would seem to be urgently needed.

A: The level of information that people are requiring from their governments is increasing, and you see that just from the increasing number of access requests. We’ve basically doubled in the last five or six years. There is a definite appetite for information.

(This interview has been edited for clarity and condensed.)