Liberal insiders try for a bond with the rank-and-file 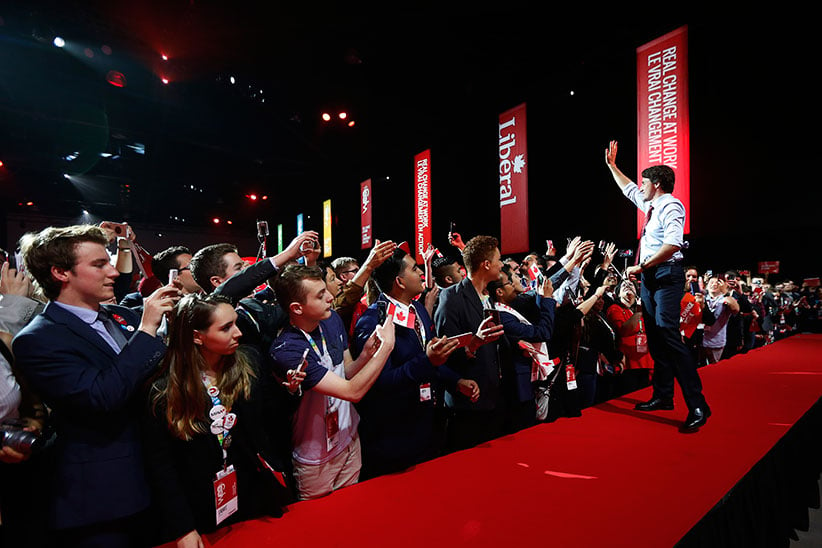 Among the defining characteristics of the Liberal Party of Canada, arguably for decades, was a yawning gulf between rank-and-file members and upper-echelon insiders who really ran the show.

It’s true of all political parties, of course—to some degree. But for Liberals this characteristic was legendarily pronounced. In his pre-campaign memoir, Common Ground, Justin Trudeau largely blamed his own father, saying that Pierre Trudeau “spent less time nurturing the grassroots of the party than he might have.”

Nobody can accuse Justin Trudeau of following his father’s footsteps in that respect. No party’s leader can have literally touched more of his supporters. But there’s a difference between his own engaging style (not to mention sheer flesh-pressing stamina) and his party’s entrenched ways.

So if there was a single, officially sanctioned theme that emerged from this weekend’s Liberal convention in Winnipeg, it was about shifting the party to some permanently closer linkage between the mightily influential few and the merely involved many. That was Trudeau’s case for overhauling the party’s constitution, a major internal reform that was adopted on the convention floor by an overwhelming vote of 1,988 for, 66 against.

In his speech to the convention, Trudeau argued the new constitution was needed to limit the clout of layers of Liberals who have stood between the national leadership and the ordinary members. He said the old constitution, under which provincial and territorial wings ran by their own varied rulebooks, smacked of “the era of factional battles and hyphenated Liberals, of regional chieftains and behind-the-scenes power-brokers.” 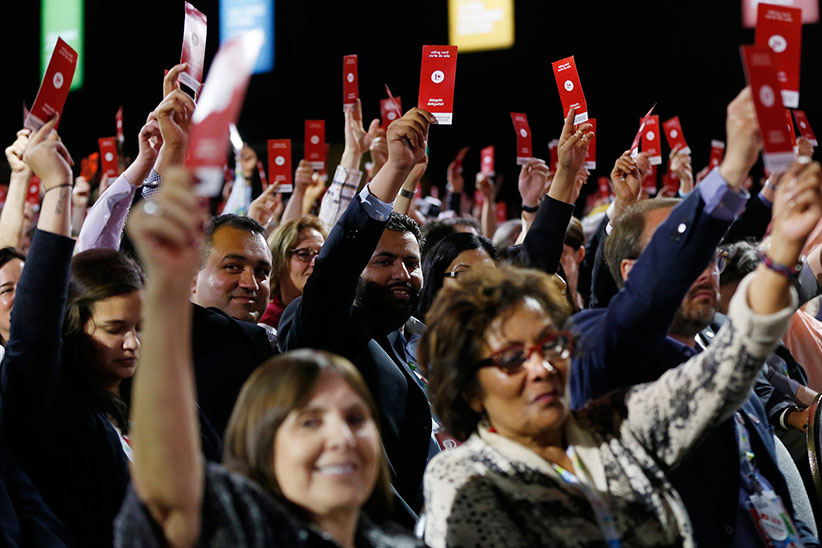 Liberal delegates vote for a new constitution at the 2016 Liberal Biennial Convention. (Photograph by John Woods)

Having now secured the streamlined constitution they wanted, Trudeau’s team will have to show in the coming months and years that the tiny handful of Liberals who accused them of a power-grab and voted against the new constitution were wrong. Or, at least, they must keep their party on top, in which case all will be forgiven anyway.

Another part of the bid at the Winnipeg convention to convey to the party’s volunteer base a sense of common cause with those at the top was an emphasis on letting everybody in on the cool secrets of digital campaign strategy and tactics.

For instance, Trudeau’s top digital campaign guru from the party’s winning 2015 campaign, Tom Pitfield, spoke to the convention about techniques for reaching younger voters who no longer watch TV (so much for old-school ad campaigns) and don’t bother with land-line phones (making them tricky to reach through traditional phone-bank calls). As well, the top digital strategists from both the Hillary Clinton and Bernie Sanders campaigns were on hand to bring some U.S. political glamour to Winnipeg.

Trudeau’s chief of staff, Katie Telford, gave a speech peppered with insidery anecdotes, and video presentations, shown on giant screens, featured other top Trudeau aides and advisers talking about how they won the 2015 election. It’s hard to guess if all this really served to make party volunteers feel closer to the pros, or just created a different sort of aura around the core team.

The challenge for the party, perhaps, will be turning new Liberals from being primarily Trudeau enthusiasts to believers in the party itself as a vehicle for their political energies. As for how that energy is harnessed, Trudeau specifically thanked not just volunteers who pounded in lawn signs and donated cash, but also those who “toiled through massive data-entry challenges.” Sign of the times.

Conservatives and New Democrats know all too well how badly they underestimated Trudeau, and paid a heavy price for doing so last Oct. 19. But many of them live in hope that the Liberal party is still the Liberal party, inherently prone to the weaknesses that ultimately undermine elitist institutions. They must have watched this weekend’s convention in the fervent hope that it was all for show. 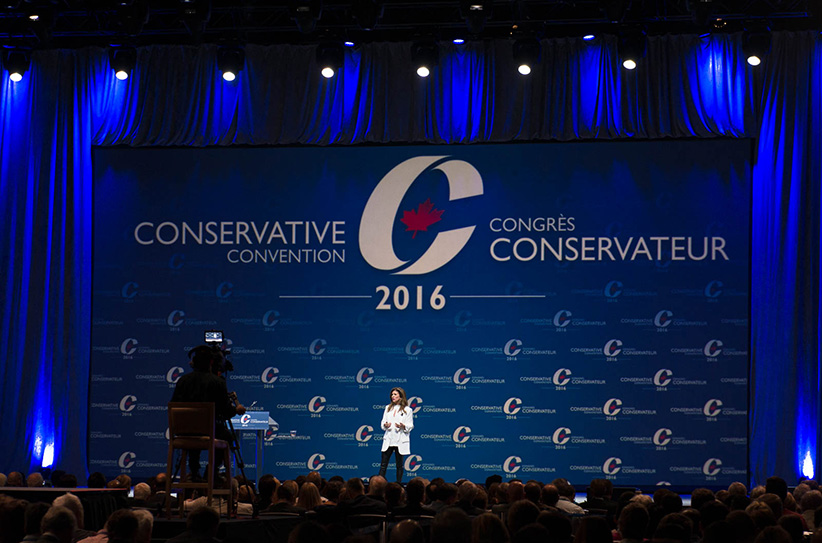 May 27, 2016. Rona Ambrose, interim leader of the Conservative Party of Canada, address a crowd during the 2016 Conservative National Convention in Vancouver, British Columbia.